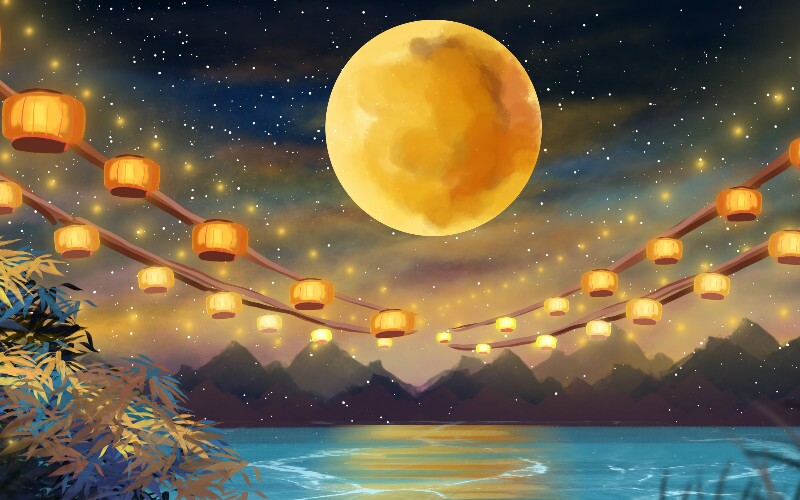 The Mid-Autumn Festival in the Philippines

The Mid-Autumn Festival is a big day for the overseas Chinese in the Philippines. When it arrives, Chinatown in Manila, the capital of the Philippines, is filled with an exciting and bustling atmosphere.

All kinds of mooncakes are sold in many stores. Some of them are made in Philippines, while others are imported from China. In addition, there are other interesting activities.

The celebrations include a dragon dance parade, an ethnic clothing parade, a lantern parade , and a float parade.

Every year, it attracts lots of people who gather and enjoy the festival. The happy and joyful festival atmosphere pervades the old China town.

There is a popular activity called Pua Tiong Chiu (a dice game in the Hokkien dialect). It's peculiar to Chinese Filipinos, who play for mooncake prizes.

The game involves rolling six dice into a large bowl and winning prizes based dice combinations. Rolling 'fours' are especially good. To qualify for the largest piece of mooncake, rolling at least four 'fours' or five-of-a-kind is required.

The game is said to have originated in Fujian Province, China as most of the Chinese Filipinos are immigrants from south Fujian Province and took this tradition with them to the Philippines.