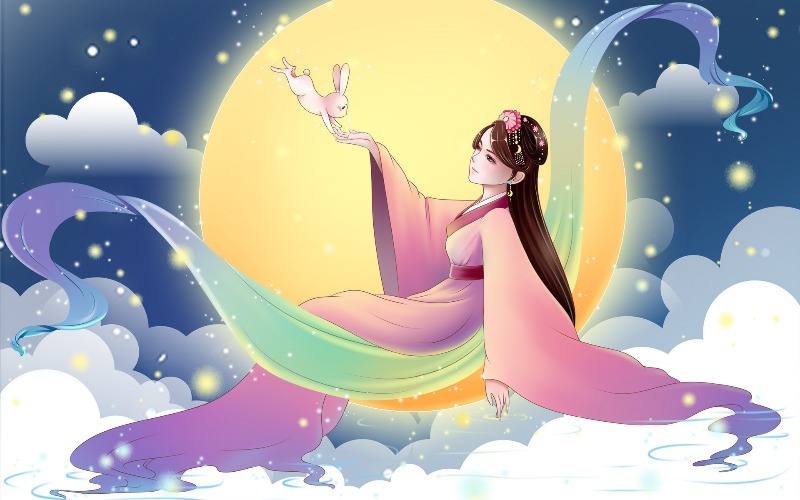 Apart from staying at home to gaze at the moon or eat mooncakes, young Chinese people will also go to the cinema or a KTV with friends or family.

Here we will introduce two movies that are screens hits in China, and two classical songs people will sing during the Mid-Autumn Festival.

Reason for recommendation: the most classic romantic film for Chinese people

A Chinese Odyssey is a tragicomedy film starring Stephen Chow, Karen Mok, and Ng Man Tat. The film combines comedy, martial arts, and a love story, and it helped Chow win the reputation as the master of postmodern comedy; it is actually a pair of simultaneously released films, named Pandora's Box and Cinderella. The movie did not sell well in Hong Kong but was well received in Chinese mainland.

The classic lines from A Chinese Odyssey are:

"Once there was a trust love to be put before my eyes, but I didn't cherish it. When I lose it, I regretted that immeasurably. No painful thing in the world of men is greater than this. If God could give me another chance, I would say to the girl three words, 'I love you'. If there must be a time limit on this love, I hope it is ten thousand years."

Reason for recommendation: the most popular Chinese comedy in the Mid-Autumn Festival of 2015

Lost in Hong Kong is a 2015 Chinese comedy film which grossed over US$208 million during the Mid-Autumn Festival in 2015. It highlights the affection between couple and friends.

In the mid-1990s, university art majors Xu Lai and Yang Yi fell in love, but then Yang was transferred to the Chinese University of Hong Kong and Xu hasn't seen her since. Almost twenty years later, the already bald Xu has long forgotten his dreams of becoming an artist, but he can never forget Yang even though he enjoys a comfortable life with his loving wife Cai Bo, the only major problem between them being the repeated failure of conceiving a child.

During a vacation in Hong Kong with Cai's overbearing family, Xu plans to secretly visit Yang, but Cai Bo's goofy young brother Cai Lala - always carrying a video camera in hand for his documentary project - tags along like his unwelcome shadow to spoil the rendezvous. Meanwhile, in Hong Kong, Wong Jing is filming another riotous gangster movie, while two police officers investigate a murder. One of them attempts to topple the case and threatens Xu Lai's near and dear.

Song 1) The Moon Represents My Heart

People always recall this song during the Mid-Autumn Festival as it is expressed in such a romantic way that words cannot adequately convey the speaker's love. In this song, Teng seems to reassure her lover: My love to you will never change, like the moon, no matter what happens. Even though we are apart, nothing is going to separate our hearts. This very moment we are together sharing the beauty of the moon.

So you can understand why the moon is such a powerful representation for lovers. Add to this the significance of the moon in Chinese culture, and you get this romantic song "The Moon Represents My Heart". In addition, this is the preferred song for Chinese people when they profess their love to someone and it's also very useful for foreigners learning Chinese.

Song 2) May We All Be Blessed with Longevity

It expressed the most beautiful wish from one person to his or her lover. The lyrics come from a classic Chinese poem: The Moon Festival.

The poet, Su Shi, kept a positive attitude towards life: "As long as we are alive, even if we are far apart from each other, we can still connect with the ones that we love by gazing at the moon in different spaces and times, and wish for the best to come.

May we all be blessed with longevity. Although far apart, we are still able to share the beauty of the moon together". It is one of the most famous and popular verses associated with the Mid-Autumn Festival.