Why the Watchtowers Were Built on the Great Wall 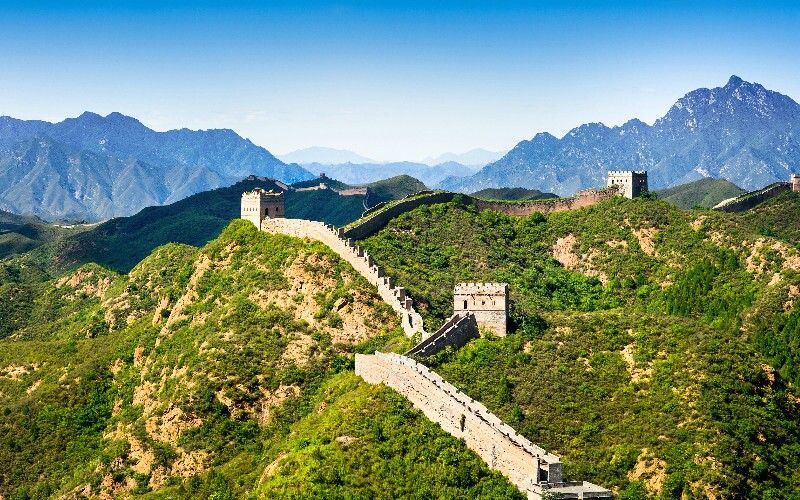 The Han Dynasty paid great attention to the watchtowers' construction as the towers were very important for transmitting signals before a battle.

25,000 Watchtowers Were Built Along the Great Wall

A watchtower on the Great Wall of Huangyaguan

The watchtowers were built along the Great Wall. The total number of towers was about 25,000 and the distance between each tower differed.

The shape of the towers varied from being square and rectangular according to the local conditions.

The construction materials used were mostly stone bricks, and other kinds of bricks were sometimes used depending on the materials available locally.

The height of each tower was about 3 to 5metersand its width was about 5to 10meters.

The watchtowers were used to watch enemy movements and transmit signals.

When the soldiers on the tower saw the enemy approach, they would puff smoke in the daytime and light a fire at night to send messages one after another until all of their soldiers knew.

They burned wolf dung to create smoke in the daytime, so the smoke was called 'wolf smoke'.

The Great Wall of Mutianyu

It was said that the smoke from burning wolf dung would not disperse in the wind, which was good for transmitting messages immediately.

Storage and Living Quarters for the Soldiers

Each tower had three stories. The first and second floors were used as living quarters for the soldiers and storage rooms for grain and fuel.

The supplies stored in the tower could support the soldiers' survival for a long period of time, if necessary.

It was a good place to keep out of the wind and rain as the soldiers patrolled on the Great Wall.

The Great Wall of Simatai

Most of the watchtowers were built on the highest places, which was more convenient for soldiers to look out for enemy movements.

If a war occurred, the watchtower became the directed center for the generals and it was a place for transmitting messages to the emperor in the capital city.

If the soldiers on the Great Wall wanted to retreat or the troops on the ground wanted to climb onto the wall, they had to get through the watchtowers.

Or we can help you to tailor-make your own Great Wall tour according to your interests and requirements.