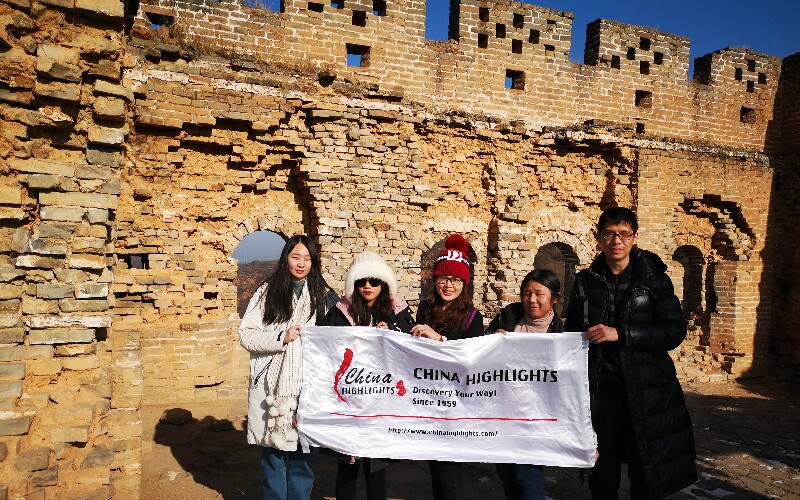 What Was the Great Wall of China Made of?

The Great Wall of Baishikou

The construction materials of the Great Wall were mainly earth, stone, brick, lime, and wood. The materials used depended on the local resources available.

When building the Great Wall on mountains, stones were used from the mountains; when building it across the plains, the materials used were earth, bricks, and lime.

Even branches of willow trees were used with sand when the Great Wall was built across the deserts.

The Great Wall section built in the Warring States Period (475–221 BC) in Hebei Province was made from earth, but it has almost disappeared now because the earth was weak in its resistance against rain and wind.

The Great Wall sections built in the Qin Dynasty(221–206 BC) were made using lime, sand, and stone. The Great Wall starts from Lintao (today's Minxian County in Gansu Province) and extends to the Yalu River in Liaoning Province.

The Great Wall of Mutianyu

During the Tang and Song dynasties (618–1279), brick-making technology appeared. Bricks were smaller and lighter to carry than stones and earth, which made them popular.

Some places also used stones to build the Great Wall. At that time, these sections were more solid than the sections made with earth.

During the Ming Dynasty(1368–1644), as the brick-making technology improved, most of the Great Wall was built using bricks and sticky rice. Sticky rice was used as the binding material.

The small size and lightweight properties of bricks quickened the constructional speed and the use of bricks made the Great Wall's structure more solid.

Some of the Great Wall was built along mountain ranges, so huge stones from the mountains were also used to build it.

Hiking on the Great Wall

If you want to have a look at the constructional materials and varying structures of the Great Wall, you should visit it on a private tour. Please see our popular Great Wall tours below for inspiration: