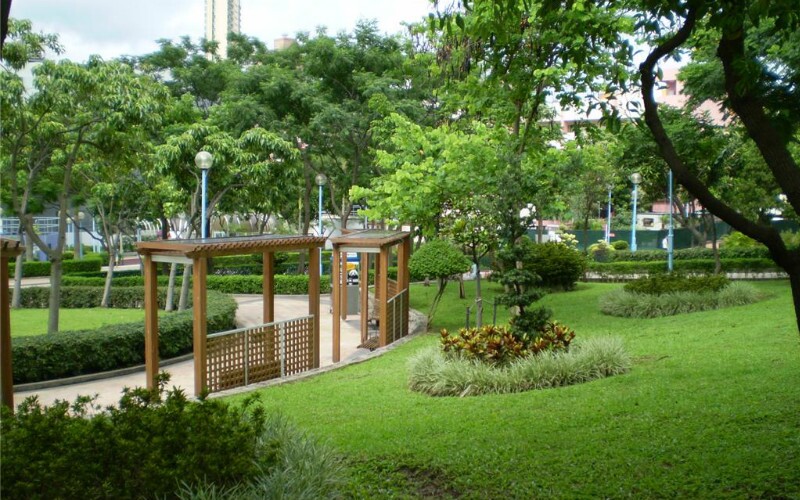 The Golden Mile of Nathan Road

In this section of the street you'll find an interesting mix of major museums at one end, major religious buildings, Kowloon Park, major malls, and small ethnically run stores and hotels.

Taking a Quick Tour of the Golden Mile

It is a north-south running street. From south to north, here are the major points that would interest tourists. You can take a good quick tour of these sites by just walking from the Space Museum to Jordan Station (there is an underpass under Salisbury Road).

North of that to Yau Ma Tei, there are mainly just small shops and hotels, and these probably won’t seem as interesting.

The Peninsula has some of the highest room rates in Hong Kong. It is located about at the corner of Salisbury Road and overlooks Victoria Harbor.

There are a lot of South Asian hotel managers, and if you are walking near the building, you'll probably meet a South Asian person hawking a hotel. It is a favorite place for African merchants to purchase products and stay during their trips to the area.

Caution: It is recommended that you be careful with your belongings in the area around Chungking Mansions. Be aware that the small shops in the Miramar and Chungking Mansions have a reputation for selling fake products and substandard goods to foreign tourists. This is especially true of the electronics stores.

You'll probably find the Golden Mile to be a combination of hectic and interesting. It is interesting for all the tourists and foreigners, the attractions, the small shops run by Chinese, the South Asian restaurants, and the unusual atmosphere around Chungking and Kowloon Park. It is also interesting for the big malls like iSquare.

But the crowds and the many hawkers selling watches and illegal things or trying to talk about cheap rooms can make spending even an hour on the street tiring.

Then you might want to enter one of the malls on the street or have a meal at a restaurant in the area.

Chungking is known for its relatively inexpensive Indian and Pakistani restaurants. But don't expect posh conditions. Chungking offers the opposite.

On Nathan Road, you find both low price, middle price, and high price shopping. Prices are relatively low in Chungking, but you'll have to bargain for a real bargain.

Chungking might be a good place to buy some clothing or casual shoes.The clothing and shoe stores around the edges of the first floor offer better bargains than do those in the crowded center where most tourists first go when they enter the building.

The two big malls are the iSquare and the Miramar. This is where you can do middle and high-end shopping.

iSquare Mall: The iSquare is a favorite of Chinese shoppers and foreign expats who live in the area. It is right above the Tsim Sha Tsui Station and across the street from Chungking Mansions. What is distinctive about it is that it is a vertical high rise mall 31 stories tall. The proximity to the harbour gives the fine restaurants at the top a fine view. You'll find luxury brands here.

Miramar Mall: This is a mall with 400,000 square feet of shopping space and 100 stores. It is considered one of the smaller malls in the area, and is known for mid-priced clothing.

Kowloon Park is on the street. You might want to stroll around Kowloon Park, see the aviary and the bird pond, and take a rest or get exercise.

The Kowloon Masjid next to the park is a major mosque that serves mainly African and South Asians in the area. It isn't open to the public.

St. Andrews Church is a small cathedral that is beautiful inside. It is open to the public and is generally left open during the day for prayer and meditation and for tourists to see.

Nathan Road (彌敦道) was the first road built in Kowloon. The British government built the road when they took over Kowloon in 1860. St. Andrews Church was built along it in 1906.

After WWII, the two mile stretch of Nathan Road between Boundary Street and Salisbury Road became known as the Golden Mile. It was famous as a major shopping street in Hong Kong. It was a favorite stop for international tourists, and the Peninsula Hotel anchored its reputation at one end.

But time changes things, and Hong Kong grew, and now other places in Hong Kong are recognized as the main shopping areas.

Now the mile between Salisbury Road and Yau Ma Tei Station is generally thought of as the Golden Mile.