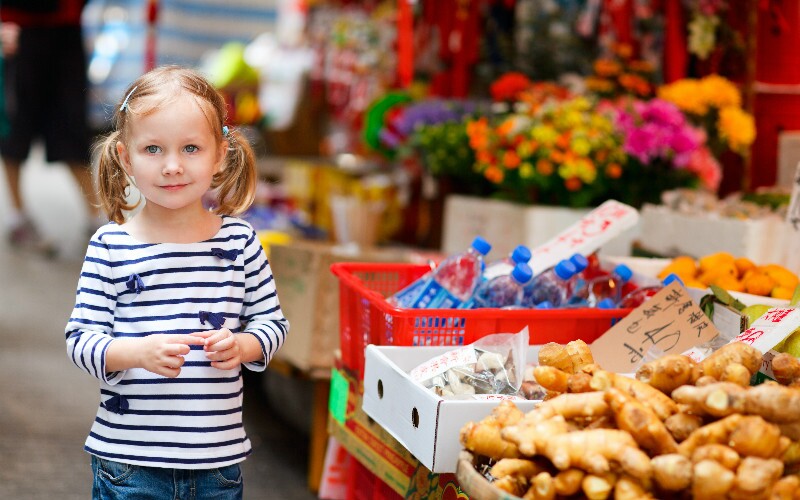 Traveling through China can bring up many questions once you cross into Hong Kong, where you might find your Mandarin phrasebook words failing you. That's because Hong Kong has a unique linguistic landscape, in that its official languages are English and Chinese, but the Cantonese dialect instead of Mandarin.

Thankfully, this actually means that many more people in Hong Kong speak English than on the Chinese mainland, making it easier to travel around if your Chinese skills are limited! We'll take you through some of the reasons behind the difference, an explanation of who speaks what, and what this means for you as a traveler in Hong Kong.

To give a bit of background on how this unique situation arose, Hong Kong was previously a British colony, and as a result English was the official language of Hong Kong from 1883 to 1974. It was only from 1974 that Chinese, the Cantonese dialect of Chinese, became officially recognized and experienced a comeback.

The language has risen in prominence since then, as Cantonese is now the main language used in schools throughout Hong Kong. While there are a few English-only schools, including some international schools, Cantonese is a must for young students.

As a dialect, Cantonese is one of the most prominently spoken Chinese dialects, and is spoken throughout southern China. It is very different from Mandarin, and speakers of one or the other usually cannot understand one another.

Across Hong Kong, Cantonese is the most commonly spoken language, with 96% of the population speaking it. Mandarin comes next at 48% and English at 46%. This makes the vast majority of Hong Kong's population bilingual.

Because Hong Kong is a real mix of ethnicities and nationalities, you'll hear dozens of languages spoken on the streets. There are many workers from the Philippines and Indonesia, for example, as well as many from nearby Malaysia making for a fascinating linguistic landscape.

Most signage in Hong Kong is in both English and traditional Chinese characters. You'll find it relatively easy to get around, as the bus system in Hong Kong and Hong Kong subway are all bilingual. From stop signage to help desks, you'll have no issues getting around. Taking into consideration the percentages above, you'll also find that approximately one in two people you approach are able to help you navigate in English should you get lost while on the road.

The Star Ferry on Victoria Harbour.

English is even more prevalent on Hong Kong island, where many of the top tourist attractions to visit in Hong Kong are located. Places such as Victoria Peak, the Star Ferry at the harbour and Hong Kong Disneyland rank high on this list, and are all aimed at non-Chinese speaking tourists.

Traveling away from these places you might find yourself increasingly having to rely on a translation app or body language.

Potential difficulties that might arise include speaking to taxi drivers or bus drivers, especially if you're not sure how to properly pronounce where you want to go. Many Hong Kong taxi drivers are a little older and unable to speak English, and it can be helpful to have your destination written down in Chinese in advance or to use an app to help you navigate.

Many expats live in Hong Kong without learning any Chinese at all, and a combination of a positive attitude and some preparation will go a long way.

We have a lot of Hong Kong expertise, and can help you navigate through any potential problems before they arise. Check out our page about planning a tour to Hong Kong before you get started, or contact us with specific questions or requirements to get us to help you put together your tailored tour.

Some of our most popular tours to Hong Kong include a 4-day family tour to Hong Kong with a trip to Disneyland, or a 1-Day Lantau island tour that includes a visit to the iconic giant buddha.

Hong Kong is also wonderful to visit with children