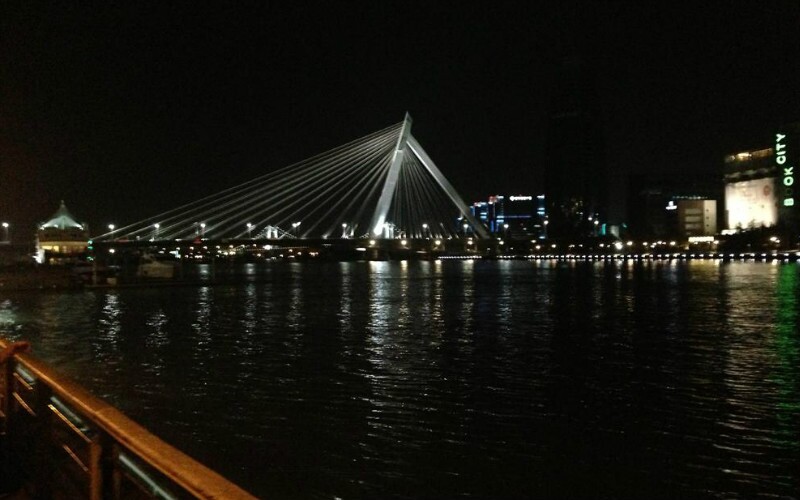 The Shipu Harbor of Xiangshan County was called Li Harbor at the earliest time, also called Jiuxi Harbor, in a shape of curved moon. The whole harbor is surrounded by the continent, Dongmen Island, Duimian Mountain Island, Nantian Island and Nantang Island and forms a closed type of bay with many harbor entrances.

It is featured by that "the outer sea can't be seen from the inner harbor". Though it is closed in the harbor, the waterways of the five entrance permit the free flow at all times. The five water gates include Tongwa Gate, Dong Gate, Xiaowan Gate, Lin Gate and San Gate.

The graceful poem that "families who live among moist smoke will hear the sound of waves ten thousand miles away from the pillow" depicts the unique geographical features of the Shipu fishing harbor.

Therefore, for the sake of the fishing harbor, in September of 1933, more than 30 movie artists from Shanghai, such as Chu Caisheng, Nie Er, Wang Renmei, and Sang Hu, took a special trip to Shipu and shot the outer door scene of the movie "Song of the Fishermen".

The ceremony of China Fishing Festival is held here and thousands of fishing boars setting out to the sea from the harbor constitutes a spectacular scene. The Shipu Harbor is now one of the four multitude fishing harbors in our country, a window to get contact with Taiwan and the second-class opening port of the country.