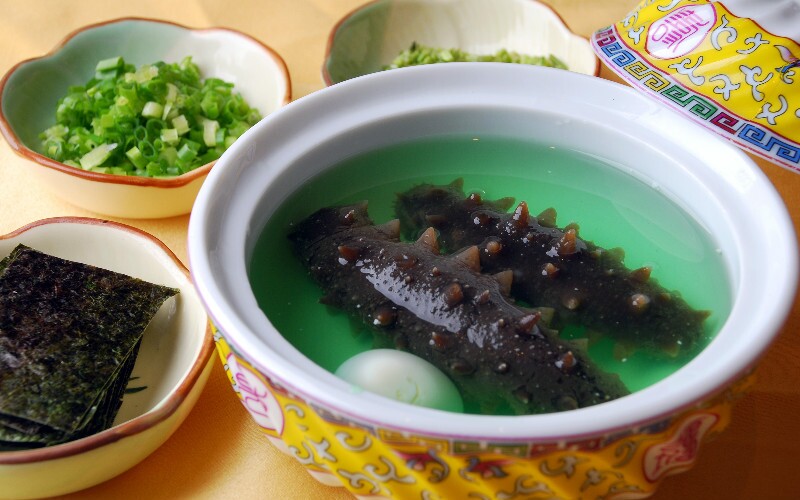 The food industry in Qingdao has a long and distinguished history as shown by the household names of Tsingtao Beer, peanut oil and crab stick, to name just a few. The mineral water of Laoshan Mountain is high-quality raw material used for brewing and for such beverages as Coke, carbonated drinks, and table-water.

The Catering industry features sea food such as sea cucumber, scallop, abalone, whelk, prawn and fish, as well as the farm produce like dried vegetables and mushrooms grown on Laoshan Mountain.

Heavy and salty flavors are typical of Shandong Cuisine which is the one of the famous food style of China, The other gourmet styles such as Cantonese, Sichuan, Shanghai and northeast China are equally available in Qingdao and work well with the abundant seafood. Spring and summer are the best seasons to enjoy the seafood especially when it goes with Tsingtao Beer and Laoshan Mineral Water.

When you have had your fill up with the delicacies at hotels and restaurants, try the food streets where you will be thrilled by the various flavors from throughout the country.