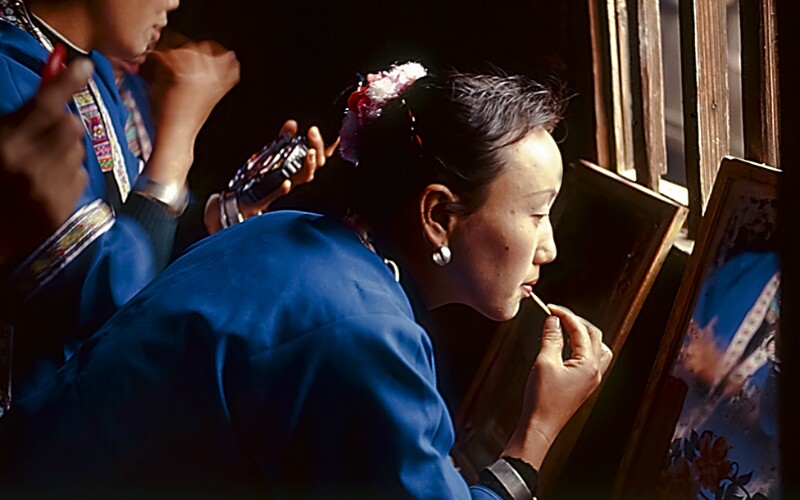 Sanjiang Travel Guide - How to Plan a Trip to Sanjiang

Sanjiang (meaning three rivers) Dong Autonomous County is located north of Guangxi Zhuang Autonomous Region. It borders Longji Terraced Fields to the east, Guizhou to the northwest and Hunan to the northeast. It is a region traditionally inhabited by Dong minority people. The county covers an area of 5450 square kilometers, and has a population of 350,000. It is about 230 km to Liuzhou and 167 km to Guilin.

Sanjiang County has subtropical and humid monsoon climate due to its low latitude. The average annual temperature is between 17 °C and 19 °C (62.6 °F - 66.2 °F). Rainy season typically occurs during the hotter months.

Sanjiang has the largest group of Dong minority people in Guangxi, with smaller numbers of eight other minorities: Zhuang, Miao, Yao, Manchu, Hui, Maonan, Gelao and Yi. Each of these groups has its own unique customs, ethnic culture and history. Dong people often wear indigo colored clothing with elaborate decorations around the collars and hems, accessorized with bright beads and headdresses. The women usually wear their hair in a coil. Each of the 13 villages can be distinguished by its own unique colors and styles of dress.

There is a saying: "Dong people can't live without sour", meaning Dong people like "sour" (pickled) foods. Pickled fish, duck, pork and vegetables are favorites, and are often eaten throughout the day. When entertaining family, friends and visitors, the host will always serve some "sour" dishes. Home brewed sweet wines are also well known and served on special occasions.

China Highlights can help you customize a tour to Sanjiang and other places in China.

When you are shopping in Sanjiang, it is a must for you to visit the Chengyang Bridge and buy Dong embroidery. Dong embroidery is a special form of embroidery technique, beautiful and practical, with no high price. Beauty means that it has a high value for decoration; being practical means that its repeated embroidered process has increased the durability of clothing. Dong embroidery is a product of farming culture. It can be in various forms like scarf patterns, baby slings, female chest coverings, clothes, cloth shoes, insoles, pipe bags and so on.

Glutinous rice is the staple food of Dong people in Sanjiang area. For breakfast, yet local residents like to drink Youcha (a special tea). Youcha in Sanjiang is different from that of other regions, for people are used to add food made of glutinous rice and peanuts inside. In addition, the Dong people live on diets with vinegar. Fish in sour soup is undoubtedly the Dong people's favorite dish, which can not only serve as food in daily life, gifts for wedding day celebration, but also offerings upon worshiping their ancestors. Being a guest in any Dong' house, you can enjoy all these local dishes, and have a chance to drink the rum brewed by them as well. Whenever visiting any Dong' house or just dining in the scenic area, you can never miss having a taste of the true Sanjiang snacks.

When steamed, the rice was translucent, soft, delicate, and fragrant and it never sticks. Fragrant Glutinous Rice has long been famous in history. It was the ancient tribute. During holidays, Dong people often make glutinous rice cake (cooked glutinous rice pounded into paste) as special gifts for friends and relatives.

The rum local residents brew with glutinous rice grown in Sanjiang region is very delicious and tasty and can serve as both beverage and wine.

It has become a tradition for Dong people to drink Youcha for breakfast. Whoever comes to live in Sanjiang county for a period of time will fall into the habit of drinking Youcha in the morning.

Sanjiang, a county belonging to Liuzhou City in Guangxi Autonomous Region, lies in the joint area of Guangxi, Guizhou and Hunan provinces. It has a monsoon climate, with northerly winds dominating throughout the year. The annual average temperature is between 17 °C to 19 °C, every January being the coldest with an average temperature of 7.1 °C whereas July being the hottest, with an average temperature of 27.4 °C. The whole county has a rich rainfall of 1493mm annual average, and four distinctive seasons, a chill and rainy spring, a hot and stormy summer, a cool and beautiful fall and a cold and frosty winter.

Sanjiang County boasts itself to be a "town of festivals", (there have been large and small festivals throughout the year) since it is a main settlement for Dong minority people. During these festivals, performances like Lusheng (芦笙) performances (Lusheng is a reed-pipe wind instrument), Qiang Huapao (抢花炮) (it is a kind of sports for the brave), Dong drama, and other performances fill every visitor with the special and unique Dong minority culture. Generally, it is suitable for tourists to visit here all year round.