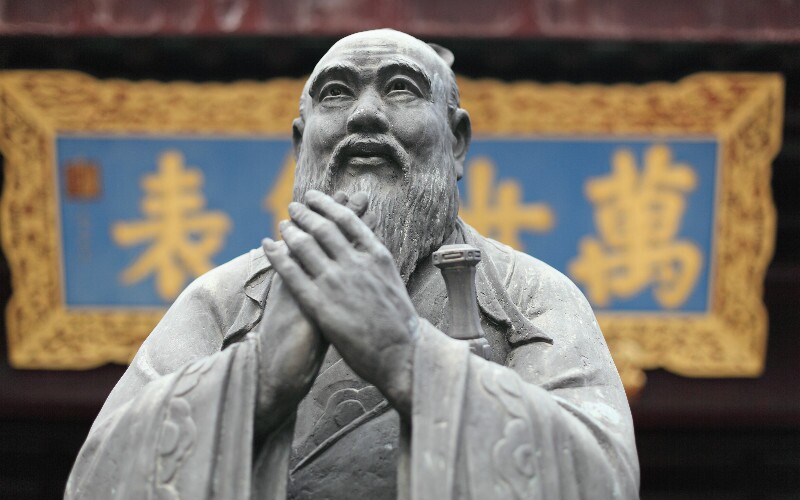 The Shanghai Confucian Temple is the premier tourist destination for travelers who would like toworship Confucius, or at least know more about him and his sacred texts. It is one of the famous ancient temples in China that you should visit and experience. There are many sights to capture and stories to be learned in the temple.

What Shanghai Confucian Temple is Known for

The Shanghai Confucian Temple, also known as the Wen Miao Temple, is one of the four "Treasure Houses of Stone Carving Art" in China. The temple is composed of 28 ancient structures, highlighted by its stone-carving clusters.

The temple was primarily intended to be a place of worship for Confucius but it was later revered as one of the most prestigious learning institutions of Shanghai all throughout history. Today, the temple is considered as the city's second biggest book market. It is no longer popular as a Confucianism research and study center.

The view of Shanghai Confucian Temple

Located southwest of the old city of Shanghai, the Shanghai Confucian Temple is bounded on the north by the Wen Miao Lu. It specifically rests on No. 215, Wenmiao Road, Shanghai. It is the only historic architectural location built for Confucius in Shanghai central. The ancient sacred complex is made up of three parallel pathways that span the south direction towards the north: the western path for public sacrifice and worship, the central path for studying and scholarly affairs, and the third pathway for appreciating nature scenery.

Built between the years 1292 and 1296, the Shanghai Confucian Temple was purported to worship the great thinker and educator, Confucius. The temple was built during the Yuan Dynasty, at a time when the city of Shanghai was still starting to take its shape from its humble beginnings as a fishing village. Before its construction, the worship and study of Confucius was done at theZitong Clan Temple. As soon as construction was finished, the Shanghai Confucian Temple becamethe most important place of study in Shanghai.

Because of rebellions, the temple has been relocated four times. During the middle of the 19th century, the temple was damaged severely due to the Taiping Rebellion. Other causes of damage to the temple were the factors of headquartering by the Small Swords Society of Liu Lichuan and the cultural revolution spearheaded by the Red Guard soldiers. The temple was then reconstructed on its present location in the year 1855.

In 1999, as part of the celebration of Confucius's 2,550th birthday, the present buildings of the temple were restored. Over the last 700 years, the temple bore witness to the growth of Shanghai as it is now one of the biggest metros of the country. Today, the Shanghai Confucian Temple remains to be the sole Confucian temple in downtown Shanghai.

What You Will Find There

Several gates may be found in the temple, each leading to a specific purposeful location. For instance, the Ling Xing gate leads to the traditional entrance. The Da Cheng gate leads to a rectangular court yard that is amidst souvenir stores and displays of the Qing and Ming tablets. The Xue gate may only be entered by scholars, those who passed the national examination. The Yi gate, on the other hand, requires the appropriate attire before entrance may be granted.

The Da Cheng Hall lies at the north court yard and that is where you can find the statue of Confucius. His statue has been carved from a camphor tree and has been depicted as seated. The entire text of the Analects have likewise been carved into the stone wall tablets.

Inside the area, you can find pagodas, pavilions, and libraries as well as a plethora of statues and ancient structures. There are also gardens and a reflecting pool.

A visit to the Shanghai Confucian Temple is most suited for travelers who either appreciate or worship the master, Confucius. Moreover, customers who enjoy buying secondhand books would also find great joy in visiting the popular temple bookstore. A lot of books and periodicals are being sold at the temple. These products range from cartoons to novels and magazines.

Times of Operation and Fees

The temple is open from 9:00 a.m.to 4:30 p.m. every day. During Sundays, local collectors will commune at the temple to buy, barter, or bargain their limited edition or rare books and publications. Tickets cost 10 yuan per person for the entrance to the whole temple. If you are a student, you only have to pay 5 yuan. The secondhand book market needs an entrance fee of 1 Yuan per person..

The best time to visit it would beduring the end of the yearbecause the temple holds a fair. There, a bell tolling ceremony is conducted in front of the Confucius statue. A reflecting pond mirroring the clouds in the sky is the venue for unique activities such as tourists making their wish. It is believed that the fire and smoke from a candle hastens the rising up of the wishes to the heavens.

You can take the buses 4, 451, 715, 775, 451, and 789. Get off at Laoximen Station, take buses 66 and 29 respectively at the South Henan Road Confucius Temple Station. From there, you can walk towards the temple. You can also take the Subway Line 8 at the Laoximen Station. At Exit 3, get off then walk along the South Xizang Road. Make a left at the Fangxie Road cross. From there, you'll find the Shanghai Confucian Temple.