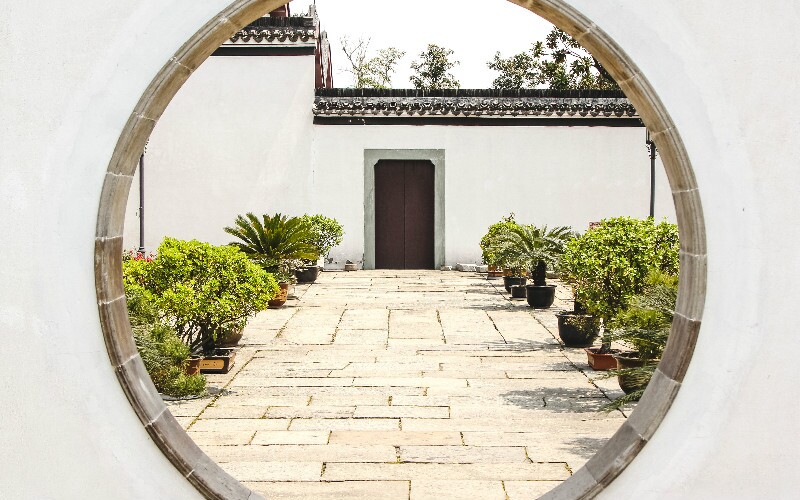 The Garden of Harmony

The garden borrowed all the stylistic elements of other gardens in the area, caves in the Lion Grove, a stone boat resembling that in the Humble Administrator Garden, corridor like that at Cangliang Pavilion, and so on. The garden is divided into two parts, the eastern and western parts. The eastern part mainly consists of residential buildings, courtyards, while the western part take the middle part of the Humble Administrator's Garden as a model, composed of ponds, flowers, rockeries and oddly shaped rocks.

This garden witnesses fewer visitors and it's a good place for a stroll.