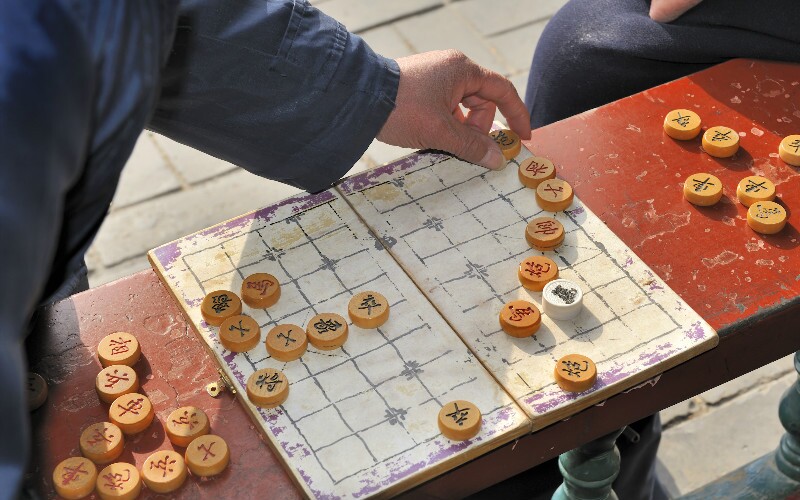 When you think of visiting China, you probably think of the food, the sights, and the history. Alongside all of these things, you'll find the Chinese people are what truly make this one of the greatest countries to visit in the world. Worried the cultural divide might be a little steep for your first visit? No problem. We've rounded up ten helpful tips you can follow to make sure you fit in, make friends, and get to know the people that call China home.

1. China Has A Coconut Culture

Welcoming smiles can be expected when traveling in China.

I find it helpful to remember this food-themed metaphor when interacting with people from different cultures. China is considered a coconut culture, while the United States is considered a peach culture. You are probably used to meeting new Americans who are open as soon as you meet them but may never follow through on their initial "we should get coffee sometime" attitude. America is a peach culture because peaches have soft outsides with a hard inside, which illustrates our initial openness to meeting new people.

In China, their culture is more like a coconut. While you may perceive Chinese people as being more "cold" than you are used to, this should not be interpreted as rudeness. A coconut culture is one where people present a formal exterior and close friendships are earned over time. Chinese people may present a stony exterior, but they are just as kind and welcoming as any other culture.

2. Family Is A Top Priority

In Western culture, if you meet an adult that still lives with their parents you may begin to make negative assumptions about their lifestyle. In China, close family ties are much more common and much more positive. Family members living in one home is no reflection on their success and is often the chosen living arrangement for everyone involved. Respect and close relationships with parents and children are the norm in China, as opposed to our more individualized approach in the West.

Remembering this can help you to know what your new Chinese friend values and who else might be there if they invite you over for a meal.

3. The Chinese Have Stereotypes About Westerners Too

The stereotypes we have in the West about Chinese people are often based on harmful beliefs that cast them in a bad light. While traveling in China, you'll be able to see beyond what you've been told and get to know the real people of China. Of course, that means they will also get to know you.

The Chinese have their own stereotypes about foreigners that might impact your relationships. For example, many in China believe that all foreigners are wealthy. If you're American, you might be asked things like whether you own a gun and if you eat a lot of hamburgers. Keep this in mind as you plan your journey and get ready to become a bit of an ambassador during your travels.

Chinese military history is memorialized and accessible to foreigners with an interest in the history.

In the west, we've undergone many changes in the last 50 years. But as history will show you, our changes are vastly different than the changes China has experienced. World War 2 was devastating to the Chinese mainland, as millions of Chinese and Japanese died there in the war. Adding to this, China experienced another civil war immediately afterward, and many Chinese people also fought and died in the Korean War. While China has been at peace for decades, protecting their country and their own strength is still a major concern of both the government and its people.

Remembering this past will be helpful if you ever discuss politics or history with a Chinese friend. Their recent history gives them different values and concerns when it comes to government and China's place in the world.

The key to understanding someone is to know why they do what they do. With Chinese citizens, some of the most confusing behaviors come as a result of traditional beliefs about health. You may struggle to understand why your Chinese guide wears a thick coat on a day you might prefer a light jacket. Or you will probably wonder why the host at your favorite local restaurant offered you hot water in the middle of summer.

These and many more behaviors are because of the traditional medicine beliefs about hot and cold temperatures in the body. The Chinese will often wear winter layers much longer than foreigners deem appropriate to keep off the winter chill. Likewise, hot water is seen as the healthy option even in the heat of summer.

6. Personal Space Is Much Smaller In China

Busy streets are nothing new to the Chinese.

Blame it on the collectivist society and urban expansion, but Chinese people are simply much more comfortable in tight spaces than foreigners. Whether it is a crowded metro car, or simply a conversation over a table, foreigners often feel a bit of claustrophobia in China.

This can be unsettling at first. For example, in the west, if I bump into someone in a crowd I feel the need to apologize before moving on. In China, bumping into others is so inevitable most people do not stop to acknowledge it. Again, this isn't a sign of rudeness. It's simply a different set of manners adapted to the way the culture has developed

In China, the culture has been shaped largely by the tenants of eastern philosophies and religions like Confucianism, Taoism and Buddhism. In each of these beliefs, values include harmony, fortune, and community. Understanding these roots can help you make sense of how those roots have influenced modern Chinese people's way of life.

China's society, even in the modern day, is influenced by these ideas. In a country with such a large population, keeping peace and harmony is always a major concern, which is why Chinese people often shy away from outright conflict. Getting along with people is often seen as more important than having their own opinion heard.

Expect honest opinions from the Chinese people you meet.

We always hear that Asian rhetoric styles are very circular. Meaning, conversations will often circle around a point before finally arriving at it. This can be true when talking about how people approach delicate topics, but shouldn't be taken as a general rule. You may be surprised by the blunt way many Chinese people speak to foreigners.

Back home, it would not be appropriate to comment on someone's body weight unless you are very close (maybe not even then). In China, however, opinion can be given very directly and without building much of a relationship. Once again, this is not an indication of rudeness. To state what is obvious to them is simply a form of conversational rhetoric.

9. Chinese People Will Be Eager To Practice English

In most Western countries, there is not much emphasis put on learning a second language from a young age. In China, the children (especially in urban settings) attend English classes starting very young. They are taught English as part of their school curriculum and most likely spend the hours after school at an English training program. All this study means that many of China's young people, even if they have never left the country, will be excited to say hello.

They do not expect foreigners to have very good Chinese language abilities and are usually surprised and impressed when foreigners give it a try. A few key phrases can go a long way in making a new friend in China.

Merchants will be eager to engage with foreigners.

Unlike in America, where things have set prices, merchants in China are much more flexible when it comes to payment for small amounts. When you are buying snacks or small souvenirs, exact change isn't always necessary. Don't feel ignored if the merchant you are dealing with brushes you off quickly during payment. They will often want to hurry through the smaller transactions and won't worry that you are 1 or 2 yuan short.

The bartering system in China also aligns with this fact. Chinese people will expect you to make them an offer on goods that do not have a price tag. The conversation that develops around buying an item is a form of respect and can be a fun way to relate to locals.

Visit China And Get To Know The People For Yourself

China Highlights can help you on your way to exploring China's greatest cities and sights as well as interacting with locals and experiencing their culture first hand. Take a look at our most popular tours to get a feel for what it is like to live in China. Also, check out our create my trip option and plan a trip that's as unique as your own interests.