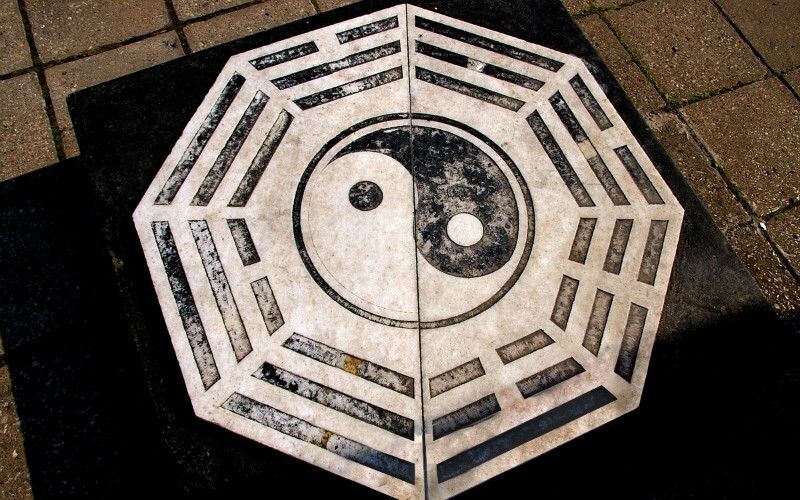 道可道，非常道。A way that can be the Way, is not the usual way.
名可名，非常名。A name that can be a name, is an unusual name.

People are not really sure if Laozi actually existed or when or where he may have lived because the first historical account in a reputable text was Records of the Grand Historian by historian Sima Qian (~145–86 BC). In this first written account, there are three contradictory stories about him.

Along with these written stories, there are many legendary or fanciful ones. Perhaps people who lived in different regions made up stories about him living in their regions. Or perhaps, as some stories and Daoist beliefs describe, people following the road of Dao can live immortally or at least for long periods of time. So maybe he traveled around a lot and took different names .There are many stories about him, but he is traditionally said to be the writer of a Daoist text called the Dao De Jing. Some stories about Laozi, the Dao De Jing, and Daoism are described below.

One story about him is that his name was Li Er (李耳). He worked in the Zhou Imperial Library, wrote a book that was maybe the Dao De Jing, and traveled to a distant country in the West. Another story says that his name was Lao Laizi (老來子) during Confucius' time. The third story says that he was named Lao Dan (老聃) in Qin in the far northwest in 370 BC and was a historian and astrologer. A fourth story about him was that when he was born when he was 62 years old because he spent that time in the womb. Taoism is basically a term for China's indigenous philosophies and religious beliefs, and as defined this way, it has always been China's main religion that colors all the others. Daoism is China's oldest religion. At one time, the land called China was the home of numerous peoples with different racial origins.

All these ethnic groups probably had their own special gods and religious beliefs. Over time, kingdoms and empires grew in various areas and started incorporating more and more people into them. One common theme in these kingdoms and empires was a belief in life after death as can be seen in ancient tombs all over China. So people had to pay homage to and care for the dead and could talk to them through mediums and necromancers.

Some Chinese have fear of the dead, and they try to obey the dead or appease them. Another idea that is very strong in Chinese philosophy is as Chinese people say: “If you believe something, it is real.” Along with this is the idea that reality isn't really and there is really no Truth. So it doesn't really matter if a certain man named Laozi who wrote the Dao De Jing really existed or not. 名可名，非常名。 A nameable name usually isn't the name.

The ancient people generally didn't want to die. They generally wanted to live a long time. So they developed different methods to keep living. It is said by some Daoists that there are humans who are hundreds or thousands of years old who involve themselves in their lives and in China's affairs, and some Daoists worship these immortals.

Some immortals once died but came back to existence in another way. It is said there are both internal and external methods of prolonging life. Internal ways involve controlling and moving around the Chi or meditation or inaction. External ways involve drugs made of minerals or elements like mercury or herbal medicines.

There are Taoist pantheons with hundreds of gods and immortals. Examples of Taoist deities are Man and Mo. These are two popular deities in southern China. These deities were two men who are said to be real historical figures, and they are often worshipped together in “Man Mo” temples. Another god is Guan Yu who was a successful general who fought for Cao Cao and Liu Bei during the Three Kingdoms period. Generals and warriors pray to him.

Daoist ethics and philosophy holds that inaction (without action, wuwei, 无为) is the general goal. It involves not applying a will to a matter. A Taoist more or less believes that if one does nothing, everything will fall into place just fine naturally. Along with this general main idea is the idea that reality is subjective and is made subjectively. So, there is no real reality or truth, but bits and pieces of it in individuals.

Along with these general concepts are three main Virtues called the Three Treasures that color thinking. These virtues are compassion, moderation, and humility. They can also be translated into English as kindness, simplicity (without excess), and modesty. These concepts can summarize a lot about native Chinese philosophy and ideals about life.

The secondary text called the Zhuangzi (莊子). These texts are said to have been written before the Qin book burning campaign during which most of the religious and philosophical literature in the Qin Empire was destroyed, as far as historians understand what happened. Some people think that the Zhuangzi became linked with the Dao De Jing as the main texts of Daoism during the Han Dynasty about 2,000 years ago. Zhuangzi is said to be the writer of the Zhuangzi scripture.