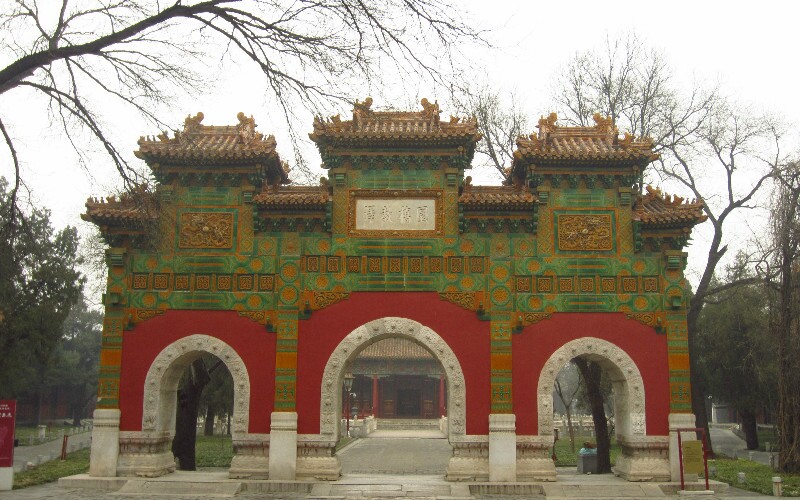 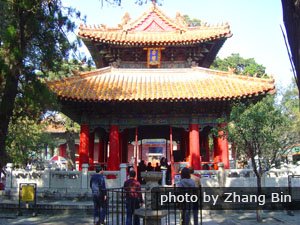 After Confucius, Mencius (孟子) was an important Confucian teacher. By writing the book called Mencius, he emerged as one of the most famous. It is said that he was a disciple of Confucius' grandson. Like Confucius, scholars debate about the date of his birth. He was born in Shandong about 30 kilometers away from where Confucius was born. It is said that he was raised near a school and began to imitate the students and teachers and gained a love of learning. He was born in a turbulent era called the Warring States Period (475-221). Large states were conquering other states, and Qin especially sought to conquer the whole region. The court officials needed to have wisdom about what to do in the dangerous times. A misstep might mean death or the loss of power. So it was common for the rulers in the states to entertain or employ scholars and philosophers as advisers and officials. Mencius is best known for writing a book on Confucian philosophy that is also called Mencius. He worked as an official in Qi that was one of the more powerful states. He taught his interpretation of Confucian teachings and his political philosophy that was more acceptable for government leaders than Confucius's own teachings, and then he retired.

At the time he lived, there was a great philosophical and religious debate in the realms of the Warring States. What should people do? Why do people do things? What should a ruling court do？The answers were not just academic. States were being gobbled up and rulers were being assassinated and defeated in battle. How does one rule for greatest benefit for one's self and one's state? Some Confucians like Xun Zi and others such as Legalism philosophers in Qin thought that humans are basically evil. This justified harsh imperial control and a hierarchical society. Some believed in the goodness of man and nature. These people had kind of Daoist beliefs. They believed people would do good without effort and without outside political control. Confucius himself didn't assert about the innate quality of human nature. Mencius believed that humans are innately good, but need good education, good outside influences and good effort to train this goodness, otherwise people become evil.

Mencius taught that leaders could and should be deposed by the common people. This idea was very different than Legalism. It was also different than what is thought to have been Confucius' own teachings. Confucius emphasized obedience, though he did talk about the Mandate of Heaven. According to this idea, “Heaven” picks and deposes rulers and dynasties by natural disasters. He emphasized that it is not only good outside environment that produces right behavior, but that people must diligently study and train their inner goodness, or their potential for goodness will fail: “An unused path is covered with weeds.” This idea is antithetical to Daoistic ideals. But his philosophy became the most popular political philosophy. There was a middle way; a balance.

Like Confucius, he is said to have been an itinerant philosopher, and he walked around teaching at courts for forty years. Between, 401 and 221 he was an official and scholar at the Jixia Academy of the Qi. Then he retired disappointed at his lack of influence.