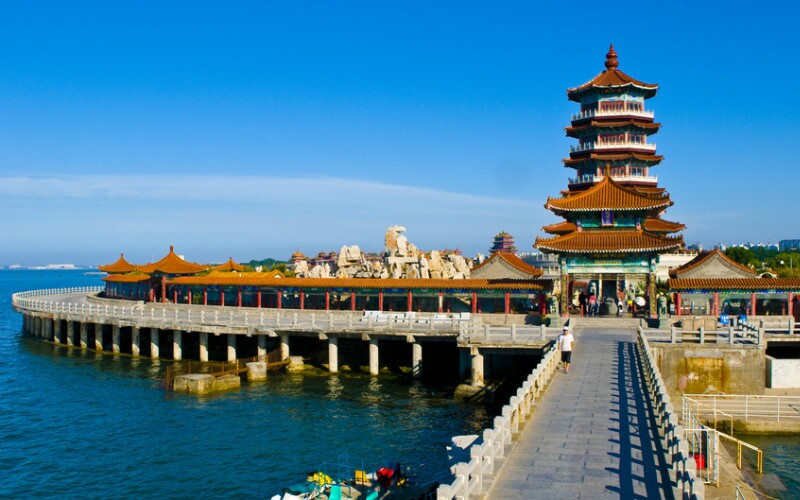 Shandong Travel Guide - How to Plan a Trip to Shandong

Shandong Province is on the coast north of Shanghai.

Shandong (山东, Shāndōng) is a coastal province in East China. It is situated at the lower reaches of the Yellow River, and it faces the Bohai Sea to the north and the Yellow Sea to the east.

Shandong Province has been important in Chinese history as the mouth of the Yellow River, the place of big battles, and the origin of much of China's religion and philosophy.

For tourists, Mount Tai, Qingdao, and the Confucian memorials and temples are the highlights. Jinan, the capital city, is only about 2 or 3 hours away from both Beijing and Shanghai by bullet train.

The natural attractions in Shandong Province are the best attractions. But tourists can enjoy visiting Qingdao and the capital city called Jinan as they see the sights and shop.

Mount Tai is the most popular tourist place in Shandong. People love the hike up what the ancients considered to be China's #1 Mountain. The emperors and rulers would ascend the heights to sacrifice to Shang Di ('the One above the emperor', the God of Heaven).

Laoshan Scenic Area is easy to get to since it is near Qingdao. There are winding walkways and stair climbing on the mountains.

Rizhao Scenic Area is on the coastline and has a beach and nature parks. See more Things to Do in Shandong.

Qufu is the birthplace of many Chinese philosophers such as Confucius and Mencius. In order to memorize these great sages, temples and cemeteries were built by local people. The most famous attractions are the Temple of Confucius (Kong Miao), the Tomb of Confucius (Kong Ling) and the Kong Family Mansion (Kong Fu). These were listed in the World Cultural Heritage list by UNESCO in 1994. See more about Shandong History and Culture.

The Laoshan Scenic Area has rugged nature near Qingdao.

Qingdao is the biggest city in Shandong and has a population of about 9 million. It has been called China's most livable city

Jinan is the second biggest city with a population of about 7 million. It is the capital of the province.

Penglai, located at the northernmost tip of the Shandong Peninsula, is a charming city with a beautiful seascape.

Yantai, in the middle of Shandong Peninsular, around 200 kilometers away from Qingdao, is a coastal city with beaches.

The Penglai Fishing Light Festivalis also called the Festival of Fishermen or Sea Worship Festival. It was originally a festival to offer sacrifice to the sea and wish for peace, safety and good luck. Nowadays the festival has become a tourist event. People let off fireworks, dance, clang gongs and beat drums, and they release fishing lights or floating bottles on the sea.

The International Mount Tai Climbing Festival has been held in September every year. Besides climbing the mountain, there are also other events such as the exhibitions of paintings and calligraphy, bonsai, and root sculptures.

Shandong style cuisine is considered one of China's 8 Great Cuisines. It is noted for being fresh and salty with a lot of seafood dishes. Seafood of a grand variety is the specialty.

As the juncture of North China and East China, the Yellow River Economic Belt and the Bohai Ring Economic Area, Shandong is a province of strategic economic significance in China.

Our Most Popular Shandong Tours

Jinan West Railway Station is about midway between Beijing and Shanghai on the high-speed railway, offering our customers' quick transport.

Classic Wonders is our most popular itinerary in recent years (find out why), and as an extension to this tour, we can take you to see the sights you want around Shandong.

All our tours are modifiable. If you want something very personalized, we have just the service for you — Create your own trip.