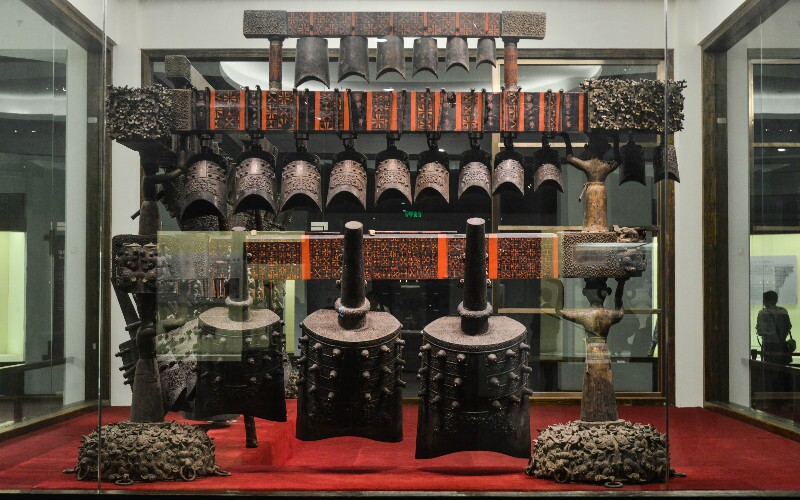 Emperor Wu of Han, born as Liu Che, was the seventh emperor of the Han Dynasty. He ruled the empire from 141 to 87 BC.

Emperor Wu inherited the Han empire when he was 15. He was famous for many far-reaching accomplishments.

He set up Confucian academies throughout the country and made Confucianism the state philosophy.

His campaigns usually succeeded in expanding the empire. He kept the Xiongnu out and established Silk Road trade by sending Zhang Qian to the Yuezhi in 139 BC. During his long reign, he consolidated power in terms of territory; the empire stretched to Central Asia, Korea, and Vietnam.

Almost as soon as he began his reign, he presided over an examination of Confucian scholars, and the court put some of those who were successful in the exam in official positions.

Then the ruling court started a Confucian academy. In this way, he presided over the establishment of the Confucian Imperial Examination to select people for government positions.

Those who passed the examination were guaranteed to be literate and knowledgeable about Confucian political philosophy. This was the main way that people were selected for government positions in most of the big regional dynasties during the next 2,000 years.

The previous emperors of the Han Dynasty were hard-pressed by the Xiongnu's threat from the north.

During Emperor Wu's reign, between 130 and 110 BC, the Han ruling court and the army started winning major battles. They conquered Xiongnu territory and greatly expanded the empire's territory in the north and west.

At the same time, Han armies also defeated armies and navies to the south, and the empire expanded into what are now northern Vietnam, Yunnan, Guangxi, and Guangdong. In this way, by about 100 BC, the size of the Han empire was more than double what it was at the beginning.

Between 130 and 100 BC, trade with Western countries brought wealth to the rulers and merchants.

Emperor Wu's court sent envoys to the West, and a large-scale trade developed on the Silk Road routes involving large caravans that traveled between Chang'an,which was the capital of the empire, and the Western countries.

In this way, the Han's knowledge of the outside world, philosophy and religion, and technology increased. Technicians made advances in refining iron, and made steel weapons and tools during and after his reign.

So by the creation of wealth,territory expansion, and strength, the Han empire initially prospered a lot. However, at the end of his life he became despotic.

Towards the end of the reign, he became corrupt. In response to a bad dream, he accused many people of witchcraft and had them killed. He tried to find magicians who would give him something to prolong his life.

He started to overspend on palaces, tours, and luxuries. To obtain money, the court decreed imperial monopolies on salt and iron.

Starting in about 100 BC, due to the heavy taxation and military campaigns, there were many peasant revolts throughout the empire. In trying to suppress the rebellions, he decreed that officials presiding over areas in which there were rebellions would be killed. The officials responded by trying to hide news of the revolts from him.

At the end of his life, he realized that his treatment of the people was too harsh and that he should stop his wars and allow the people to farm in peace without heavy taxation.