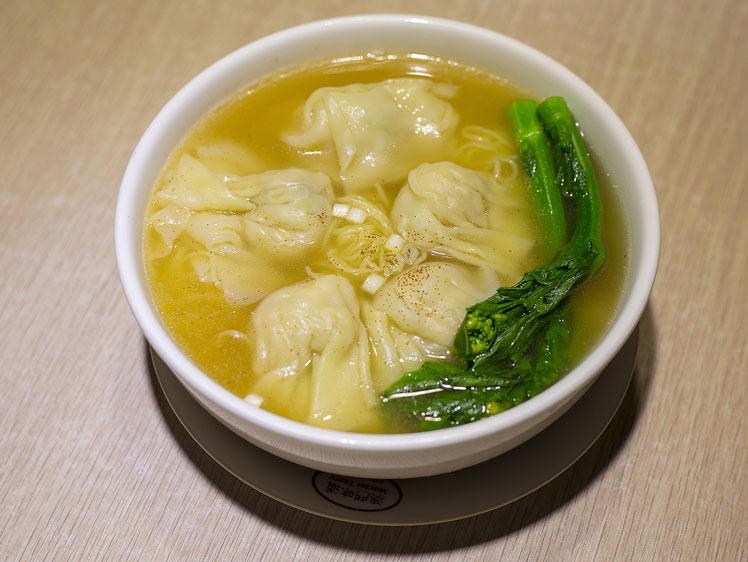 How to Cook Wontons

Wonton (pronounced "hún tún" or "hún tun" in Chinese pinyin, pronounced "wěn tēn" in Cantonese, and "wonton" in English) is a traditional regional pasta of the Han nationality in China. Originating from northern China, wontons are similar to dumpling and are usually served in soup.

How to Cook Wonton

The way of making wonton varies from regions to regions. The easiest way is to place, roll it up with a chopstick, and press the top corner and the bottom to seal it.

Or, you can place about one teaspoon of the filling at the center of each wonton wrapper. Moisten all 4 edges of wonton wrapper with water, and then pull the top corner down to the bottom, folding the wrapper over the filling to make a triangle. Press edges firmly to make a seal. Bring left and right corners together above the filling. Overlap the tips of these corners, moisten and press together. Continue until all wrappers are used.

Bring some chicken soup to boil. Carefully place wontons (usually 10 – 15 wontons for each person) into boiling soup without crowding, and cook for 3 – 5 minutes till the wontons float to the surface. It’s best to serve with some white pepper powder, several drops of sesame oil, and oyster oil.

A piece of wonton wrapper is a 6×6 cm square, or a 5×7cm isosceles trapezoid; and a piece of dumpling wrapper is a circle 7cm in diameter.

Wonton wrapper is thinner than dumpling’s and looks crystal after cooking. If you cook the same amount of wontons and dumplings in boiled waterthe wontons will cook  easier and faster.

The soup of wanton is the key of its flavor, while the dip is all-important to dumpling.

Hubei Province: it is called "boiled dumplings (Shuijiao)" in Wuhan region, and called "Baomian /包面 bāo miàn" in other regions of Hubei.

Regions in the south of the Yangtze River: Shanghai, south Jiangsu, Zhejiang province call it "wěn tēn", which is similar to the pronunciation in Cantonese.

Guangdong Province: in Chinese, the two words of "wen tun" were infrequently written, and in the past, few people knew how to write them. So "wen tun" was generally written into "yunton" (in Cantonese), where its English name "wonton" originated from.

The Origin of Wonton

Wontons can be dated back to the Han Dynasty over 2000 years ago. Wontons arecrescent shaped and were originally used in activities of sacrifice and worship.

During the Winter Solstice Festival of the  Song Dynasty (960 － 1279), shops would close temporarily ehilr every family made wontons as sacrificial offerings for ancestor worship. Afterwards all the family members shared the wontons.

Ancient Chinese regarded wontons as a kind of sealed steamed bread. At that time, wonton s were no different from dumplings.

For thousands of years dumplings showed little change, but wontons slowly became different especially in southern China. Wontons were distinguished from dumplings and got their own name since Tang Dynasty (618 -- 907).

It is said that in Han Dynasty (202 B.C. – 220 A.D), the Xiongnu, an ancient tribe  in northern China, always harassed the border area so that local people suffered a lot. Hunshi (浑氏) and Tunshi（屯氏） were the two leaders of the Xiongnu .

Because of their cruelty local people hated them but had no way to kill them. So people began to call their dumplings "Hun" and "Tun" and pretend they were eating the flesh of the two warlords.

Allegedly this took place on the Winter Solstice Festival, so after that, people always eat wontons on that festival.

Travel with Us and Learn to Cook Traditional Chinese Dishes

Our customers learning to cook Chinese food in Yangshuo

If you want to learn to cook traditional Chinese dishes in China, China Highlights offers you the opportunity. See our most popular food tours, with cooking classes alongside must-see sights: