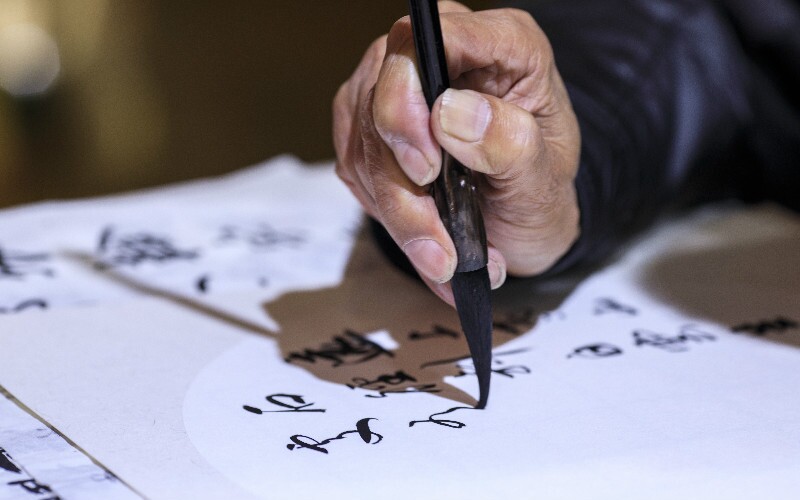 A Chinese name helps foreigners adapt to the culture.

A Chinese name consists of a family name first then a given name. Each can have one or two Chinese characters. Learn about the most common Chinese names and forms of address, Chinese English names, and foreign names in Chinese. After reading this article, you will be a step closer to finding yourself a good Chinese name.

The Length of a Chinese Name

The family name always comes first, followed by the given name. Take the basketball player Yao Ming as an example. His family name is Yao, and his given name is Ming, so he should be addressed as "Mr. Yao" instead of "Mr. Ming".

Some 24,000 family names were used in history, but only about 4,100 have been continued and are still used nowadays, among which some 500 are the most common.

The Most Common Family Names

Compound names: Some Chinese people have compound family names that use two Chinese characters such as Ou Yang, Shang Guan, Si Ma, Dong Fang, and Wei Chi. There are altogether 81 of them, but these are far less common than one-character family names.

Chinese given names contain one or two Chinese characters, and they are written after the family name. Chinese people always attach great importance to the choice of given names, and they often tend to convey hopes and good wishes for the child in their names.

Naming children: It is considered offensive to name a child after an older member of the family. Naming a child after a household figure, especially figures in mythology and classical novels, is also deemed inappropriate.

Here is how to pronounce names of some of China's most famous people:

To pronounce other Chinese names, see our pinyin pronunciation guide.

Gender titles: People are generally referred to by a title such as Mr. (先生, Xiānsheng), Ms. (女士, Nǚshì), or Miss (小姐, Xiǎojie). These are relatively neutral and are not likely to cause any offence. Mrs. is translated as Furen (夫人, Fūrén) or (太太, Tàitai), but the second word implies an older married woman, and it might be offensive to use in reference to a younger women.

These titles come after the person's surname such as Wang Xiansheng (Mister Wang, 王先生). It is considered impolite to call an older person by his or her given name.

The occupation or work title of a person can be used as a form of address or as a mark of respect. For example, given the prestigious position of teachers in traditional culture, a teacher is often addressed by his or her students and the students’ parents as Teacher following the family name such as "Teacher Li" (Li Laoshi) or "Teacher Wang" (Wang Lǎoshī, 王老师).

Transliteration is basically done by using China's limited range of syllables (and certain preferred associated characters) to roughly represent a foreign name, roughly one character per consonant sound with a • [bullet] in between names. They often sound quite different from the original English.

Choosing Chinese Characters to Name Yourself

It is important to have several Chinese, preferably educated Chinese, help you with choosing a good name. Otherwise, your name may have meanings and connotations you wouldn't desire. Your name shouldn't be that of a famous person for example, and if you want the respect of locals, it is important to choose a name that is like a real Chinese person's name to show that you respect their culture.

Family names: Choosing a one or two syllable family name is fairly easy since the available choices are limited. Of the available hundreds of choices, try to choose one that sounds like your last name and has a meaning you like. It is probably best to choose a single character for your name. See how foreigners with the same name as yours translate their names. Using translation software or search engines might help to find a good name.

First names: Your first name should be represented by one or two characters. You'll have a much greater range of choices to choose from, but let Chinese help you choose a good name.

Usually not transliterated: The English names Chinese people take are not usually a translation of the meaning of their Chinese name (though it could be such as Flying Snow (飞雪, Fēixuě), the fictional character in Hero), but the names often have a semblance of the pronunciation.

Realizing that Chinese is difficult to pronounce, using an English name is done for convenience and to save face. This is especially done in business so as not to make associates feel embarrassed, and to promote communication.

Many young Chinese give themselves English names while in English class in primary school or college, or are given names by their teachers. Others take a name for working in business or on the job. Sometimes the names they choose seem awkward, or simply bad, to English speakers. They may seem old fashioned, like Ada; or funny, like Apple; or ill-considered, like Sodom.

We offer personalized private tours throughout China, Hong Kong and Macau, and our guides will help you learn about Chinese names and how to address people in a polite way. We are a long established company, serving over 10,000 satisfied customers a year.

Here are our most popular tours: