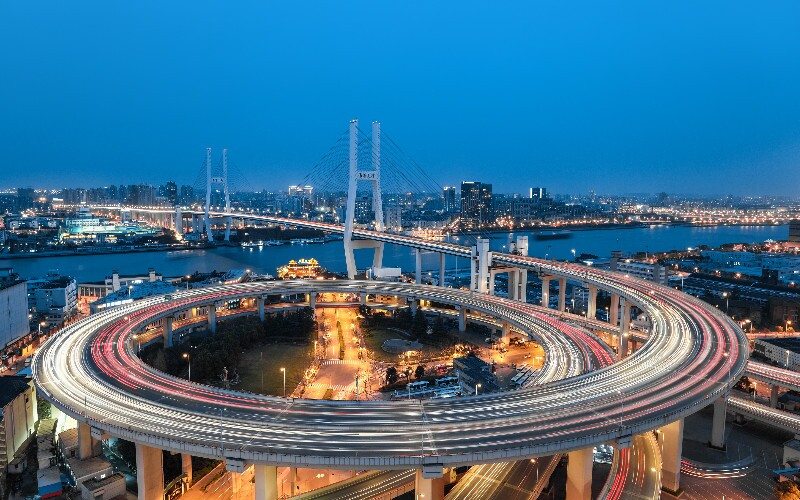 To someone who is new to driving, or even riding a bicycle, in China the traffic in some places, particularly the less-developed places, can seem quite lawless, selfish and chaotic. However, once you understand how things are done in this part of the world you will be better able to avoid accidents and knowledgeably negotiate China’s roads.

Many of the road signs, signals and markings in China are similar to those in other countries, but that is where the similarities end. People’s Republic of China Road Traffic Safety Law has a bias towards reducing collisions and being polite, which actually states that law-abiding citizens should give way politely to those breaking the law and driving impolitely.

This is actually no different to in the West, except that there are more vehicles with a greater range of sizes and speeds, with a far greater percentage breaking the law and being driven selfishly. So traffic is slowed down and brought into chaos by those who want to get somewhere faster than laws and politeness will allow. Even in this condition traffic flows as road users anticipate obstruction and weave their way through.

What Side of the Road

If you are cycling (or driving) in the middle of a road and the vehicle behind sounds the horn or indicates that it wishes to overtake, the law says you should as quickly as is safely possible move over to the right and allow it to overtake.

Vehicles regularly cross the center line to overtake (or turn corners, see below), or on poor roads to avoid potholes. If a vehicle is approaching you on the wrong side of the road you are expected to make way as far as possible, even if this means stopping and pulling over all the way to the right hand edge of the cycle lane. See also Turning Corners. Chinese roads, particularly in cities, often have cycle lanes, either separated from the outermost vehicle lane by a solid white line, or by a curbed planted zone. When cycle lanes (non-motorized vehicle lanes) are present you should use them. If you are biking slowly then they are a good environment.

However, often cycle lanes will be blocked by parked cars and street vendors, or clogged by slow moving or maneuvering vehicles. In this case using the road is preferable, particularly if your bike is travelling faster than some of the mopeds, motorbikes and three-wheelers on the road. You could perhaps justify this on the basis that the cycle lane is full to capacity. When the roads of Guilin are full to capacity during rush hour cars etc. take to the cycle lanes, so it is just a case of using the road space to full capacity.

As driving is on the right in China, a right turn is simple, and is allowed even when a red light shows. However, when using a cycle lane and going straight across a junction, beware of vehicles on the adjacent road turning right and “stealing the road” or “forcing their way” as the Chinese term it. This is where the cycle lane system seems to be poorly thought through.

Turning left is far more problematic. Vehicles turning left should give way to vehicles traveling straight in the oncoming lane and should wait for a safe gap in the traffic before entering the right hand side of the road to the left. However, common practice in China is to move into the opposing traffic lane if there is any sort of gap in the traffic in preparation for a left turn, then enter the road to the left on its left hand side before moving over to the right. This practice means that vehicles cutting corners take the most direct route that the road allows, but cause huge inconvenience to other road users.

When approaching any junction beware of vehicles coming towards you on the wrong side of the road or from unexpected directions!

Roundabouts are not explained in Chinese driving test material, apart from that drivers on the roundabout should give way to vehicles entering without priority. So roundabouts have the ridiculously inefficient situation where only the vehicle that gets there first has priority and then only if it is bigger or travelling faster or with more “purpose”. Take care. Keeping to the outside of the roundabout is recommended. At junctions with traffic lights it would be hoped that vehicles would stop for the red light and go only on the green light. However this is not the case, with larger vehicles still streaming across the junction seconds after the light has turned red, and smaller vehicles and pedestrians ignoring the lights altogether and trying to get across the junction any way they can. Go on the green light, but be careful.

The standard rules of priority don’t seem to apply in China, e.g. major road traffic has priority over minor road traffic, vehicles entering traffic in a lane yield priority to vehicles already in that lane, vehicles entering a roundabout yield to vehicles on the roundabout, pedestrians have priority over vehicles, especially on pedestrian crossings, etc. Instead the vehicle that is driven most aggressively or that is larger is given priority, or else there is a road traffic accident. Safety, or accident avoidance by the more responsible party, is number one in China. In fact “number one” (the first one in the gap or one’s self) is number one in China.

Crossing the road should be the only time that pedestrians and vehicles meet, however many pedestrians prefer to walk on the road (sometimes justifiably if the pavement is cluttered or in poor condition, but often not) and vehicles mount the pavement to park. The best advice is nevertheless to avoid jay walking and keep to the sidewalk or the right hand side of the road if at all possible.

Pedestrian streets do not allow bicycles, even those being pushed. There is often a designated place to lock your bike where it will be watched by an attendant for a small fee (less than 1 yuan).

Crossing the road should be attempted with caution in China, but many throw caution to the wind wandering across the road without waiting for a safe gap in the traffic, and relying on vehicles avoiding them or stopping. There is safety in numbers, and often pedestrians will amass on a sidewalk and cross together, forcing traffic to a standstill.

Pedestrian crossings are not observed by vehicles usually, with pedestrians often left standing on a crossing with vehicles weaving round them. Even when the green light shows it is sometimes not safe to cross as often the traffic lights have been programmed to allow vehicles (particularly those turning left) to cross while the green walking man shows.

The best advice is still to look left and right carefully and wait for a safe gap in the traffic before crossing. Drivers of anything with a petrol engine, even a moped, in China must obtain a Chinese driving license, as not even an international license is valid in China. The Chinese driving test involves a written test (only available in English in larger cities) and a short and relatively easy practical test. Foreigners with a current overseas license only need to take the written test.

Drive defensively and be prepared to stop or avoid other road users, especially those doing the things noted above. Follow the rules of the road and be polite and patient, then even if there are unforeseen circumstances that cause an accident, you will have done all you can to prevent it and shouldn’t be held to account.

In the event of an accident the thing that is penalized most heavily is leaving the scene. If the accident is serious or requires police resolution, call 122 for the traffic police. Call 120 for an ambulance and 119 for the fire service, as required. If someone requires rescuing, the law requires that you attempt a rescue, but that you should mark the position of anything that was moved.

The original condition of the accident scene should be preserved as far as possible, if police intervention is required. Often after accidents, even minor ones, vehicles involved are left in the middle of the road while other vehicles make there way round, until the police arrive. If there is no (serious) personal injury and all parties agree on the circumstances, then parties may leave the scene of an accident and make compensation claims without police intervention.