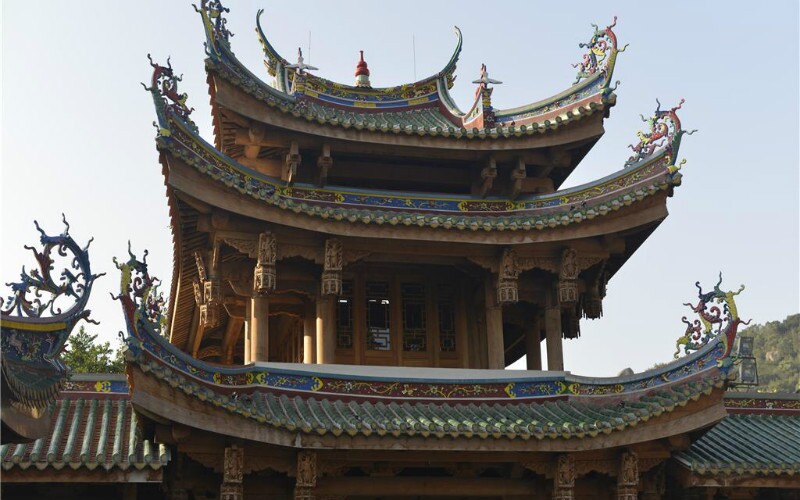 South Putuo Temple is a famous ancient temple in Xiamen. It has its name because of its main conformity to Guanyin and Bodhisattva, as well as its location to the south of Putuo Mountain, one of the four great Buddhist fields in Zhoushan of Zhejiang Province.

Southern Putuo Temple is grand in scale and has a total area of 25.8 hectares and a building area of 21,270 square meters. Sitting on the principal axis from the south to the north are the Hall of Heavenly Kings, the Precious Hall of Great Hero, the Hall of Great Mercy and the Buddhist Scripture Garret. Annexes sit on both sides of the axis, such as corridors, the Bell and Drum Towers, Haihui Hall, Puzhao Hall, Taixu library, classrooms of the Buddhist Institute and so on. All of these buildings are spread over a mountain slop of complicated topography with a generally solemn and magnificent atmosphere.

Over recent years, to the south of the Hall of Heavenly Kings lie Free Life Pond, two newly built Longevity Towers, two pavilions and a lotus pond, among other structures. Between the two ponds is the Seven Buddha Tower, which is composed of seven statues of Buddha, such as Sakyamuni and Kasyapa. The Longevity Towers have 11 layers in the style of the Buddhist buildings of South Asia, enriching the scenery of the Temple.

The Buddhist Institute of South Fujian is housed in the temple. Established in 1925, it is the earliest Buddhist institute in the country. The institute ran a school again in 1985, and established Yangzheng College, a formal preparatory class of the two-year system. It also established an additional a two-year research class, exerting extensive influence at home and throughout Southeast Asia.

China Highlights can help you customize a tour to visit this temple. 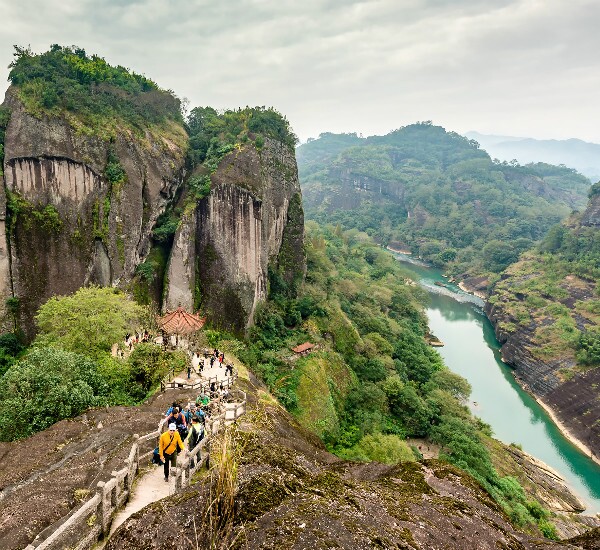