Sometimes called "the Alps of the Orient”, Four Sisters Mountain, or Siguniangshan (四姑娘山; also known as Four Maidens Mountain or Four Girls Mountain), is a series of four peaks near Rilong Town in the Aba Tibetan Autonomous Prefecture of western Sichuan.

Four Sisters reaches a soaring 6,250 meters (20,505 feet) above sea level at its highest peak and is a favorite for climbers and hikers.

The Four Sisters Mountain National Park, named for these peaks, is comprised of three major valleys that cut into the Trans-Himalaya range. It is a National AAA scenic spot, boasting imposing ridges, glaciers, cliff springs, lakes large and small, and beautiful grassland with exotic flowers and herbs. It is also rich in traditional Tibetan history and culture.

There are a variety of routes to choose from, from basic trails and horseback hiding to tougher, steeper hikes. You may want to find a print your own map of the area before you go. There is a modest entrance fee for each valley that varies from tourist season to off-season. Changping Valley is located about five kilometers beyond Rilong and can be reached either by walking from the town or catching a shuttle bus. Unlike Haizi, which offers sweeping panoramas, Changping connects directly to the bottom of the Four Sisters Mountain and offers rich virgin forest, bubbling streams, and thick bushes. That said, if you continue at least to the Muluozi viewpoint, you will get a beautiful up-close view of the Four Sisters.

Most parts of the valley are only accessible on foot or horseback. It is also possible to combine Changping Valley with multi-day treks.

Shuangqiao Valley, or Double Bridges Valley, it’s the only valley available for sightseeing buses. It is also the longest and easiest of the three hikes, with a boardwalk path. That said, the views are marvelous, with bubbling streams, glacier peaks, crystal clear ponds, and Buddhist stupas lining the way. The landscape transitions from forest to grasslands as you move your way down into the valley, with viewpoints such as White Lake, Hunter’s Peak, and Pearl Beach.

Haizi Valley has some of the steepest walks of the three valleys, but also stunning views of the surrounding mountains. Hikers will enjoy a string of over 10 alpine lakes full of ancient alepidote fish (or in simple terms, fish without scales!). As the hiking route is comparatively long and safe, many tourists enjoy camping below the snow-covered landscapes, especially in autumn and winter. People can also enjoy ice climbing there. Not keen on walking the whole way? You can hire horses part way up the valley, and give your feet a break.

How to Get to the Four Sisters

Bus: There is a bus that departs early morning from the Chadianzi Bus Station (成都茶店子车站) for Xiaojin, and stops at Rilong Town. It takes 6-8 hours, passing by Dujiangyan, Yinxiu, Wolong Giant Panda Reserves, and Balong Mountain on the way.

Driving: Hiring your own car and driving directly from Chengdu is the best way to go, but will cost a lot more (unless you have a group!). The recommended route on Baidu Maps is about 350 km, and takes about 7 hours. Additionally, you’ll have the freedom to stop at scenic spots along the way. Once you identify a driver, you should reach an agreement on the time and price before starting out. It is possible to rent different vehicles at different towns along the way. You can find drivers at the service desk for hotels, hostels, and tourist centers, or on the roadside at the entrance/exit areas of the smaller towns.

There are plenty of hostels to choose from, although most are owned by locals who speak only Tibetan and Chinese. Prices vary, depending on whether or not it is tourist season (prices especially go up during holidays). Danba: While you’re in the area, you may wish to continue and visit Danba. A county in Garzê Tibetan Autonomous Prefecture in Western Sichuan, it is known for its unique fortress-like homes, ancient watchtowers, and unparalleled beauty.

Kangding: Kangding, capital of Garzê, is another possibility for ongoing sightseeing. It used to be an important trade center between Chinese and Tibetans, lying as it did on the so-called Tea Horse Road: Tibetans from the west used to meet in Kangding to trade horses with tea porters from China. 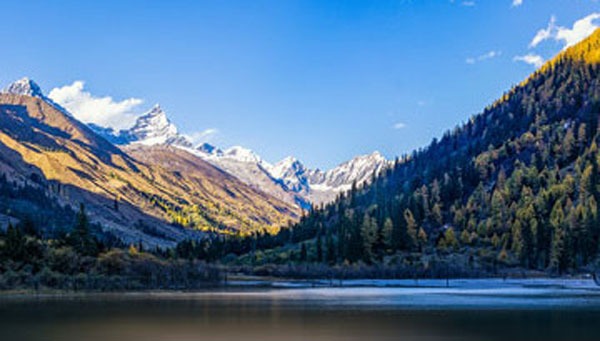 4-day Mount Siguniang and Wolong Tour 4-day The tour combines the exploration of Mount Siguniang National Park with Wolong Panda Base. View more
Start planning your tailor-made China tour by contacting ​one of our specialists... Create My Trip How to Explore Western Sichuan: A 9-Day Tour Plan How to Plan a Chengdu Trip (Tips for a Perfect Tour)