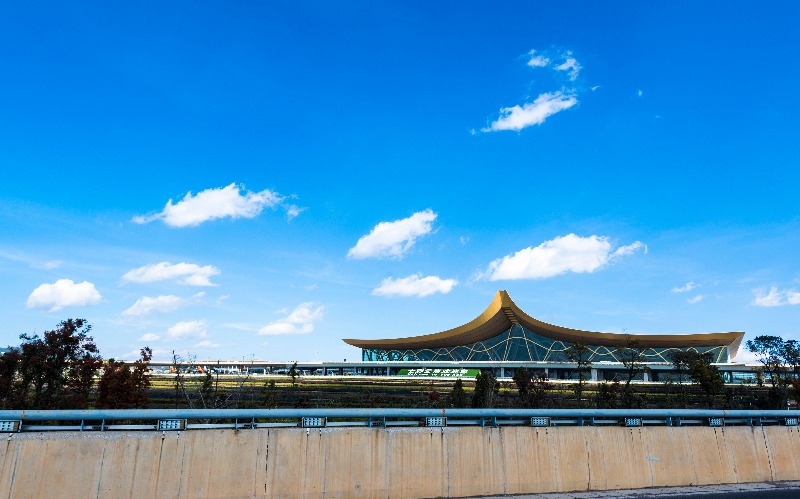 China Yunan Airlines, was established in 1992. It was merged into China Eastern Airlines in 2002.

With loading ability increasing, Yunnan Airlines was developing its market continuously and adding new lines. Until now 63 domestic, international and regional airlines had been opened, in which the flights to Seoul, Japan were nonscheduled charters. An air net had formed focusing on Kunming, connecting more than 60 large or middle cities , Southeastern countries and regions.

Furthermore, the company first carried out an provincial circular traveling line, such as Kuming-Dali-Banna-Kuming, Kuming-Lijiang-Banna-Kunming etc. so that branch lines, provincial main lines and international mainlines could supply their passengers' or freight source to each other and complement their service and then a central world-prevailing airline structure came into being, which paved a way for Yunnan Airlines' stable growth.

Its flight group was an experienced skilled one. There were 4 flight squads with 243 pilots, they have finished their tasks successfully for many times and gained a great fame for Yunnan Airline.

Yunnan airline maintenance factory boasted a group of experienced , good-skilled service staff, and it's equipped with a large-scale garage, material garage and other maintenance equipment, making sure the quality of planes before their entry to Kuming airport, all maintenance indexes had reached the standards of navigability regulated by the Civil Airline General Bureau.

Yunnan Airlines insisted the principle "Safety was the first", "Customers were the first", and enlarges positively its sales net to supply more convenient service for passengers. Apart from a large-scale computer sales center, it had set up business departments and offices in Beijing, Shanghai, Canton, Chengdu, Shenzhen, Bangkok, Singapore and dispatched business representatives to 17 cities all over the country. Besides, Yunnan Airlines had over 100 sales centers in areas of the province, and realizes internet throughout the country, telephone reconfirmation and tickets to customers service. The company also carries out "Regular traveler plan" and "Regular customers' cooperation plan", "Flying freely in Yunnan Air", develops the members of "Golden peacock Club", to pay back.