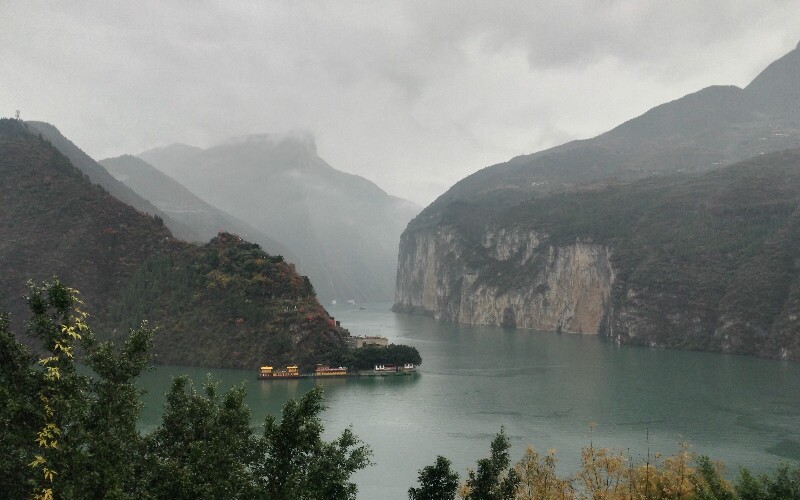 BaidiCheng (White Emperor City) is situated at the entrance of Qutang Gorge, north of the Yangtze River. The mini city sits on top of Baidi Hill and has many temples and gates. It is within the boundary of Fengjie County, Chongqing. BaidiCheng is surrounded by water on three sides, and by mountains on the left side. Standing among magnificent and steep mountains and waters, BaidiCheng is extremely beautiful with imposing images. There are nearly 1000 steps to reach the top of the mountain—BaidiCheng Top. From there, the view is that of the majestic Kui Gate (the western tip of Qutang Gorge) and the Caoting River winding down from BaidiCheng Mountain into the Yangtze River. 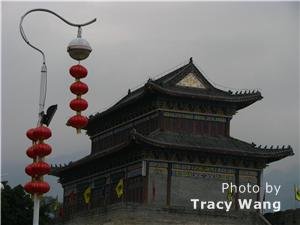 Baidi Cheng is also known as Baidi Temple. It was built during the Western Han Dynasty, and underwent repairs during the Ming and Qing Dynasties. Mingliang Temple, the main building of BaidiCheng Temple, was built in the 12th year of Jiajing Emperor's dominancy (1533). Inside, there are statues of Liubei, Zhu Geliang, Guanyu and Zhangfei (famous persons during the Three Kingdoms Period).

During the Three Kingdoms Period, Liubei was defeated and retreated to BaidiCheng. Ashamed to meet his subordinates, he built Yong An (Eternal Peace) Palace within the BaidiCheng and shortly after that died of sorrow and depression there. Before his death, he entrusted his regime and his son to the Prime Minister—Zhu Geliang. Historically, it was called "Liubei entrusted orphanage". Inside BaidiCheng Temple, there are colorful statues that vividly recreate this event.

In Wuhou Temple, three generations of the Zhu Geliang family are worshiped. Legend has it that Zhu Geliang used to watch the stars at night in the Duanxing Pavilion. 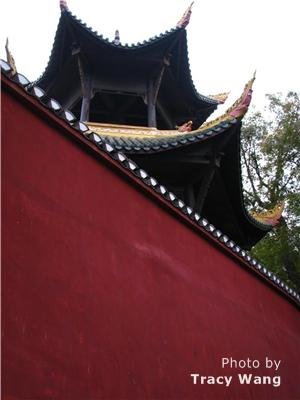 On both sides of Mingliang temple and Wuhou temple, tablets of every dynasty are kept. In BaidiCheng Temple, there are exhibition rooms with displays of historical and cultural relics since the Neolithic period, as well as famous paintings and poems from masters of that era. Examples are the famous willow-leaf-shaped bronze swords of Bashu period in eastern Zhou dynasty, the hanging coffins relics of the Han Dynasty and the Jin Dynasty, 73 inscriptions of poems and paintings since the Sui and Tang Dynasties. There are also pottery, a cash tree, other ancient relics and more than 100 pieces of calligraphy and paintings written or drawn by old masters.

Famous poets such as Libai, Dufu, Bai Juyi, Liu Yuxi, Sushi, Huang Tingjian, Fan Chengda, Liuyong all had climbed Baidi Cheng and traveled around Kui Gate and therefore left many poems describing those scenic spots. Among the poems, the most impressive and popular one is "Departure from the BaidiCheng at Dawn" written by Libai—"Bidding the Town farewell when morning clouds hang low. A long trip through canyons I made in a mere day. Monkey cries were heard on either bank all through the way. While the boat passed by mountains swiftly in a row." Therefore, BaidiCheng is also known as "Poem Town".

In the future, BaidiCheng will be surrounded by water on all four sides. This will make the town a fairyland with astonishing beauty and charming scenery. Visitors can get into the city directly by cruise ships.