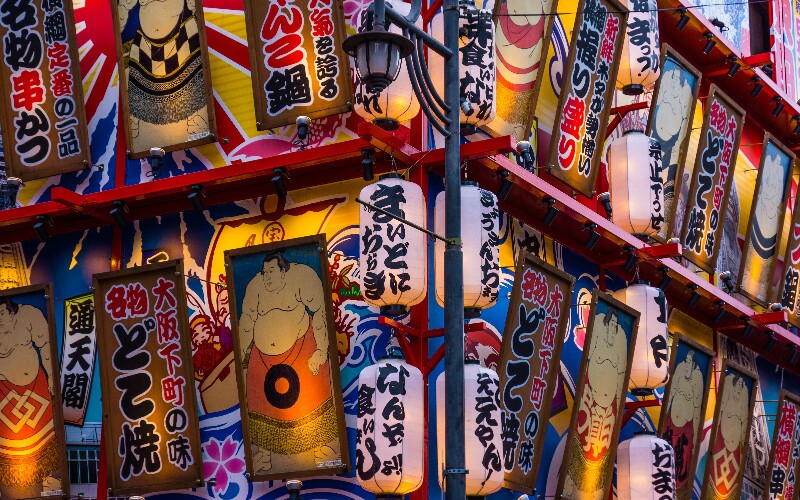 The Mid-Autumn Festival in Japan A Far-Eastern family appreciating the moon

The Chinese Mid-Autumn Festival was introduced to Japan 1,000 years ago and spread across the country. Celebrations of the festival take place on the 15th day of the 8th month of the traditional Japanese lunisolar calendar (see the Chinese calendar).

The main customs for the Japanese are offering sacrifices to the moon and celebrating the harvest during the Mid-Autumn Festival.

The former is part of their ancient belief system(Shinto), and it mainly expresses gratitude of the Japanese people to the moon god.

In today's high-tech world, all the mysteries that were once associated with the moon have already been unveiled for a long time. Yet a full autumn moon still evokes a sense of joy and wonder for Japanese people.

The Japanese have a long history of celebrating the Mid-Autumn Festival. The custom of worshiping the moon is still followed today and some unique traditions have developed over time.

During the festival, the residents wear their national clothes and carry the shrine to the temple where they burn joss- sticks. The children collect reeds to decorate doors, which is a symbol of good luck and happiness.

1. Worshiping the Moon — to Express Gratitude

It's a traditional Japanese event to express thanks for the harvest. Japanese pampas grass, crops and tsukimi dangos are offered on a small terrace at ground level.

The moon-appreciating custom during the Mid-Autumn Festival is more popular in urban areas than in rural areas of Japan.

2. Decorating Roofs with Pampas Grass — a Symbol of Autumn and Shinto

It is considered an essential part of the festival and symbolizes the coming of autumn in traditional Japanese culture. Pampas grass was once used by the Japanese to thatch roofs and feed animals. It is also said to ward off bad spirits and it is usually put in a vase or positioned by the front door by farmers. It also serves as an offering to the moon god.

3. Offering Incense — to Pray for Happiness

The most popular places in Japan during the Mid-Autumn Festival are shrines. Most people will dress themselves in an ethnic kimono and go to a shrine to offer incense with their whole family.

Almost every shrine in Japan will host a large performance of traditional songs and dances and some great shrines will even have an extravagant parade. You can find a lion dance performance in many places especially in the Chinatowns located in Kobe and Yokohama.

During the Japanese Mid-Autumn Festival, taro and gnocchi are the most common snacks, as their raw ingredients are freshly harvested before the festival. Most Japanese gnocchi are ball-shaped, but the ones from Osaka are taro-shaped. In the 18th century, regular offerings to the moon and gods included boiled sato-imo (taro), and Otsukimi also became known as the 'taro moon'.

One story tells of how, at one Otsukimi banquet, some courtiers bored a hole in a boiled sato-imo with a chopstick carved from a hagi (bush clover) branch. Gazing through the hole, they delighted in the illusion that the beautiful moon was theirs alone.

Another customary Otsukimi offering is tsukimi dango (Japanese white rice dumplings), which are small round dumplings piled in a pyramid. Tsukimi dango are unique to Japan. Chestnuts, taro, and other fillings are wrapped inside the glutinous rice.

In the past, these dumplings were round in Tokyo, but in Kyoto they were generally pinched into an elongated shape. These types of tsukimi dango are still offered, and may be coated with kinako (sweetened dried soybean powder) or adzuki bean paste.

Chinese Festivals and Events The Mid-Autumn Festival in Beijing

Chinese Festivals and Events The Mid-Autumn Festival in the Philippines