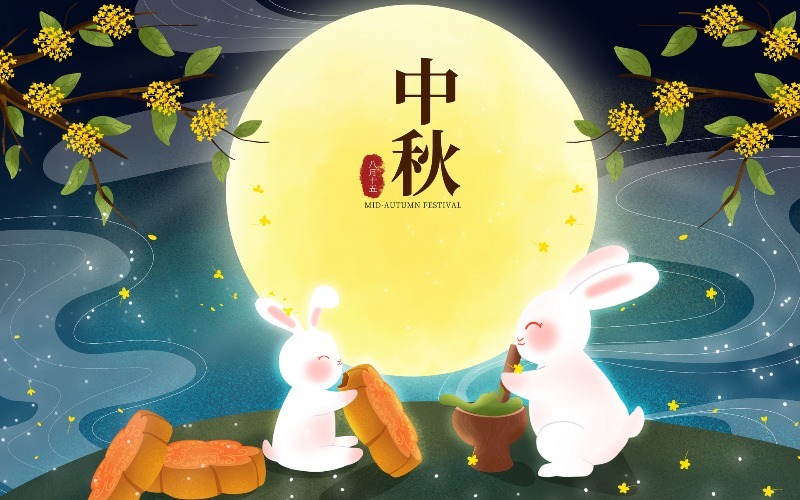 The Jade Rabbit: 5 Things You Should Know

When it comes to Mid-Autumn Festival, Chinese people will certainly mention a certain mystical animal: the Jade Rabbit, also called the Moon Rabbit. It is a character from Chinese folklore, who lives on the moon with Chang’e, the Moon Goddess.

There are many interesting legends about the Jade Rabbit. Continue reading to find out more.

1. How was the Jade Rabbit selected?

A long time ago in ancient China, there was a god called Wu Gang, whose job in heaven was to create pills of immortality, which all immortals have to take every thousand years to remain immortal.

One day, Wu Gang gave a few pills of immortality to humans. Because of this, the Jade Emperor was furious and punished Wu Gang by making him cut a magic laurel for all eternity.

He didn’t trust humans, so he decided to choose an animal for this job. He came to the earth and pretended to be an old man in search of food in a forest. He met three animals in the forest: a fox, a rabbit, and a monkey.

The Jade Emperor wanted to test the virtues of the three animals, and so he said: “I am too weak to move, please bring me some food.”

The monkey and fox quickly offered him some food. The rabbit couldn’t find anything, and feeling guilty, it jumped into the fire, offering itself as food instead. Moved by the rabbit’s sacrifice, the Emperor of Heaven gave the rabbit eternal life and made him the next divine medicine maker.

2. How did the Jade Rabbit become the Moon Goddess’s companion?

The Queen Mother was very upset and insisted on having another pill. The Jade Rabbit didn’t dare to refuse and gave her the extra pill.

Later, the Jade Emperor heard about this thing and asked the rabbit to determine a punishment for itself. The Jade Rabbit told the Emperor that he would go and live in the Moon Palace with Chang’e and be lonely forever.

3. Why is the Moon Rabbit called the Jade Rabbit?

The rabbit worked very hard to learn how to create divine medicine and soon mastered the skills, making the Emperor so happy that he decided to make the rabbit snow white with a dazzling glow. The rabbit’s fur was as white and smooth as jade, and so it was called Jade Rabbit.

4. What does the Jade Rabbit symbolize?

The Jade Rabbit is popular with Chinese people for more than just its cuteness; it symbolizes selflessness, piety, and sacrifice. Maybe that's why the Jade Rabbit is on the moon — so that no matter where we are on Earth, we always have the ethics of righteousness and self-sacrifice to look up to.

5. Is the Moon Rabbit found in other cultures?

Not only is the Jade Rabbit popular in Chinese culture, but it also appears in many other cultures across the world, such as in Korea, Japan, and Vietnam. Every culture has its own version of the Jade Rabbit’s story.

In South Korea and Japan, the Moon Rabbit does not make divine medicines, but rather pounds mochi or some other type of rice cake. In Vietnam, the Moon Rabbit was taken to the moon by a fairy and is also thought to be pounding the elixir of immortality.

The Story of Chang’e and Houyi