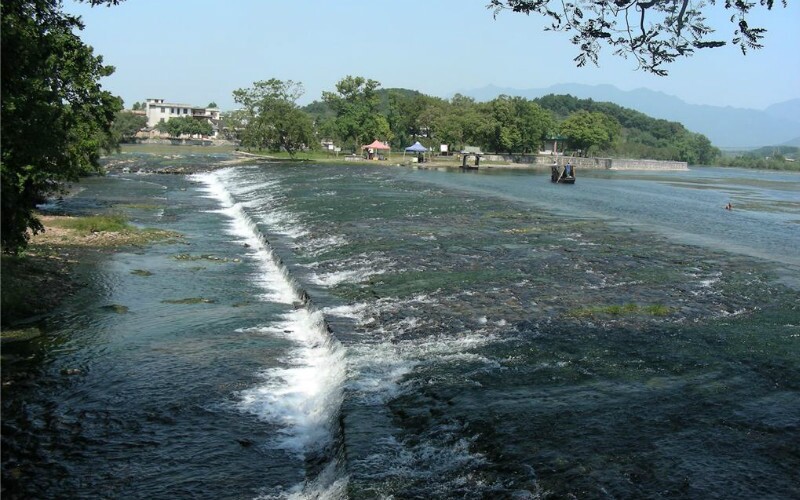 As early as 700 thousand years ago, Guangxi was already the site for hominids. According to the research of historical ruins, ancient people of Guangxi started primitive agricultural production about ten thousand years ago.

After the First Emperor of China, Shihuang of the Qin Dynasty (221-207 BC) unified the Lingnan area in South China (the present area around Guangxi and Guangdong Province), Guangxi was divided into Guilin Prefecture and Xiang Prefecture, and Guangxi was the first time to be marked into the territory of China.

For the consideration of delivering provisions and funds for troops, the emperor decided to build an artificial canal, the Ling Canal, in Xing'an of Guilin. The Canal connected the Pearl River Water System (including Li River as part of the water system) and the Yangtze River Water System. The Canal today has been a popular attraction in Xing'an County, which has witnessed the labor and wisdom of ancient people in Guangxi.

After the Tang Dynasty (618-907), Guangxi was well developed in the areas of both culture and economy. And Guangxi was the first time set as a province in the Song Dynasty (1363).

A world famous historical event, the Taiping Rebellion, broke out after the Opium War in 1840 during the reign of the Qing Dynasty (1644-1912) when the conflicts between tenant farmers and landowners in the feudal society were further intensified. In 1843, Hong Xiuquan, the leader of the rebellion, built a God-worship Religion (Taiping Christianity) in Hua County of Guangdong Province. On January 1st, 1851, Hong Xiuquan built a kingdom in Jintian Village of Guiping City, Guangxi, which later took down most cities of China from the reign of the Qing Dynasty. The rebellion lasted for 20 years and covered 18 provincces, hit the peak of peasants' uprising war for independence in the history of China. Although the uprising failed at last, yet the leader of the rebellion, Hong Xiuquan was considered as a folk hero to be worshipped since nowadays, and his statue was built in the place where he started the rebellion.

After the break-out of the Sino-Japanese War, Guangxi played an important part in fighting against the Japanese invaders. Many leaders in the troops were from Guangxi, and their braveness and wisdom helped China defeat the invaders and finally build the new republic of China.

Now, Guangxi is also playing an important role in the development of new China, and it is becoming more and more famous across the world, with international cities like Guilin and Nanning.