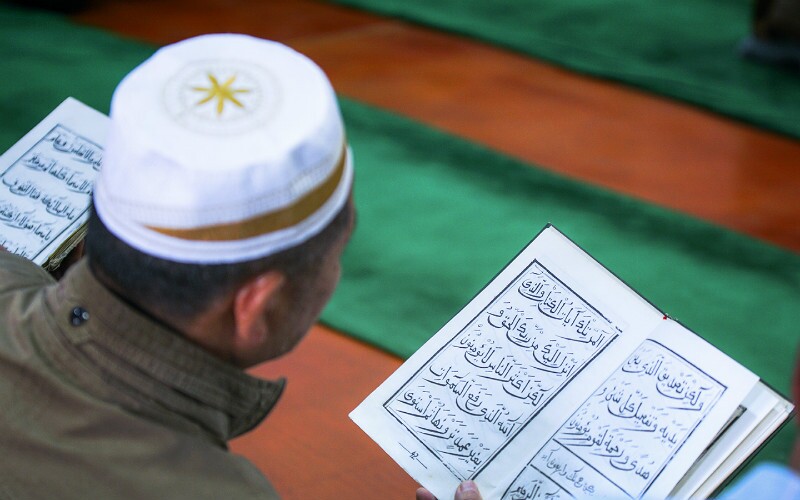 As one of the oldest mosques in China, if not the world, the Huaisheng mosque is an edifice of great religious and historic importance. The white minaret of the mosque rises high into the sky reverberating the tones of ancient caravans trekking on the Maritime Silk route along the sands of the Arabian Peninsula, bringing not only trade and merchandise but a host of ideas, skills, and philosophies. Huaisheng Mosque was built during the Tang Dynasty (619-907) when Muslim traders came to China through the silk route. The earliest contacts of Islam with China occurred in this area, subsequently spreading to other regions. As such Guangzhou can be called the cradle of Chinese Islam.

It is said that the mosque was built by Sa’ad bin Abi Waqqas, an uncle of Prophet Muhammad during the reign of Emperor Gaozong (649–683), the then Tang emperor. Huaisheng Mosque has Arabic calligraphy beneath the traditionally styled roof.

Huaisheng Mosque remains one of the oldest mosques in China, and also one of the oldest surviving mosques in the world, though it has been destroyed and rebuilt many times. It was rebuilt in 1350 and again in 1695 after being destroyed in a fire, and probably renovated or rebuilt at other times also. Now, it is an active mosque and an important place for Muslims in China. A large number of Muslims, both foreign and Chinese, come to visit it and say their prayers.

With Guangzhou again becoming a hub of foreign trade, it is interesting to note that most of the foreign merchants come from the same regions of the world as the ones from which the caravans came during the Tang Empire era. The mosque covers a total area of 3600 square meters. It is a National Model Mosque and a state key cultural relics protection unit. The Guangzhou Islamic Association and Guangzhou Hui Historical Culture Research Society are both in this complex. About 2000 Muslims come on Friday to say the congregational prayer. On other days, there are fewer, but all five daily prayers are offered in congregation in the mosque.

The buildings are a mix of traditional Chinese architecture and the Arabic style. Arabic calligraphy can be seen on the walls and pillars. Some of the writings look like Chinese characters because they are square-shaped Arabic writings that are positioned and spaced on pillars and signs in the same way that Chinese characters would be inscribed on signs and pillars in a Chinese temple. There are a number of interesting features in the mosque that are worth noting.

As a prominent feature of the mosque, the minaret is a huge structure standing 36 meters tall. It once served as a lighthouse to guide boats to the Zhujiang river. Once boats reached here, they took it as a sign that they had reached the beginning of the maritime silk route.

The tapering brick shaft of the minaret is set on a 10-meter base and has an internal staircase. It has a smooth surface like other minarets in Islamic architecture and unlike typical pagodas in Chinese architecture. The balcony atop was used for the Muslim call to prayer, or Azaan.

Until recently, this tower was the highest structure in Guangzhou and was a landmark of the city. For Muslims, it is one of the major attractions in Guangzhou and is an architectural highlight of Guangzhou because of its long history and distinct style. The mosque is notable for its integration of local architecture with imported Arab styles. There is a corridor at the entrance which opens into a courtyard. There are plants and trees in the courtyard. The main prayer hall is across the courtyard. It is a red brick building with an arched doorway, and on both sides of the door, there are green signs that have Arabic words that are written like Chinese characters.

An interesting and unusual touch is that the roof is made of blue-green tiles that give a warm color to the mosque area. The spacious hall is lined with prayer mats and the walls are decorated with Arabic calligraphy. There is a separate place for ladies.

Ancient Stele of the Yuan Dynasty Placed southwest of the prayer hall is an ancient stele housed in a pavilion. It is actually a replica of the original that was sabotaged during the cultural revolution. According to the inscription, the mosque got burned in a huge fire during the last years of the Yuan Zhengkui Period, then a Muslim general got it reconstructed in the 10th year of the Zhizheng Period (1350) of the Yuan Dynasty.

The Guangta Stone Carving on the wall of the mosque’s west corridor shows the history of the Huaisheng Mosque and the Guangta Minaret with modern stone carving. The photographs show the various periods in history, along with a description.

This corridor has a number of steles which are engraved with pieces of ancient poetry about Huaisheng Mosque and Minaret. The words are written by contemporary Hui calligraphers. A plaque with the words “Jiao Chong Xi Yu” was given to the mosque by Guangxu Emperor of the Qing Dynasty (1901). It is stamped by the emperor and the four words are thought to have been written by the Empress Dowager Cixi. The words mean " Islam comes from West Makkah".

There is a section in the mosque area which has books on Islam. It also has some magazines and copies of the Quran. Muslim Imams and scholars from other provinces also come and visit this place.

A number of Halal Restaurants are found on the street opposite the mosque. The Nur Bostan restaurant is quite popular and it serves a variety of dishes including Chinese dishes and some popular dishes from other countries also.

Muslim visitors who come to visit the mosque find it very convenient to be able to find halal food close to the mosque. Halal chicken and meat are also available here. Muslims who come for prayers find it easy to get their weekly supply of halal food from here as these items are not so readily available in other areas. Interested in exploring some more historic mosques in China, or more of China's Islamic history? See our Silk Road tours to explore the history of China's link to Islamic culture.

We offer personalized tours unique to your areas of interest as well as pre-planned tours. For access to historical and religious sites important to the Islamic faith, let us help you plan your personalized tour of China.