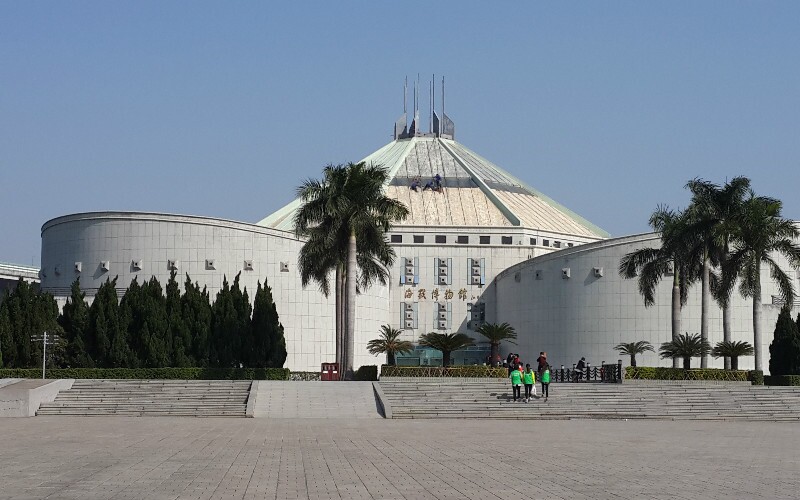 Guangzhou is in a humid subtropical climate zone, with plenty of sunshine and rainfall, and no snow. Summers are long, humid and hot, and winters are short, mild and sunny.

The hottest time is May to October, with daytime temperatures often exceeding 30 °C (86 °F). The coolest time is December to February, however the temperature in daytime is still usually around 20 °C (68 °F) and seldom drops under 10 °C (50 °F) at night.

The annual rainfall averages a very wet 1,736 millimeters (68 inches). April till early September is the rainy season as well as the typhoon season.

The best time to visit Guangzhou is autumn and winter, from October till March of the next year, as temperatures are mild, and rainfall is lower.

The month in which you may go to see autumn colors is December.

During February to May, Guangzhou becomes a world of flowers, with blossoms and flower markets almost everywhere. Summer is humid and sizzling, so you should take sun protection and ensure you drink enough water.

The increasing traffic congestion with more cars per capita than most cities in China and Guangdong's busy factories are increasing the air pollution. However, the blue-sky protection campaign launched by the Guangzhou government has visibly increased the air quality. Guangzhou is no longer among the most polluted cities in the world.

The air quality is lowest in November and December. On some days, pollution is classed as “unhealthy for sensitive groups”. Such people should bring or buy a particulate mask for those days in Guangzhou.

Spring is from March to May.

Weather: The rainy season begins in the middle of spring, with rainfall mostly in April and May. The temperature rises, being cool in March but hot by May.

Clothing: Prepare a sweater or light jacket in March and light clothes for this season.

Summer is a good time to visit Chimelong Safari Park

Summer is from June to early October.

Weather: Summer is long, scorching, and very wet. The hottest months are July and August, with average temperatures over 30 °C (86 °F) and the highest temperatures reaching 37 °C (around 99 °F).

Extreme Weather: There are occasional typhoons and frequent afternoon thunderstorms, so it is recommended to pay attention to the forecast and bring an umbrella.

Clothing: Wear summer clothes such as shorts, shirts and skirts, and sun protection such as hats, sunglasses and sun block. Besides drinking lots of water, you can also try drinking herbal tea, which is very popular among local people.

Autumn is for sightseeing in Guangzhou

Autumn is from mid-October to early December.

Weather: Autumn is very short, mostly pleasant, with sunny and relatively cooler weather, and little rain. This is one of the best times of the year for traveling in Guangzhou. The average low and high temperatures are respectively 18 °C (64 °F) and 25 °C (77 °F).

Clothing: A light sweater and a coat are enough at the coolest of times, but a long-sleeve shirt is enough when it is warmer during the day.

Winter is short, from late December to February.

Weather: The weather is moderate, cool and dry. It is one of the best times of the year for visiting Guangzhou. Unlike cities in North China, Guangzhou in winter is a sea of flowers. The average low and high temperature is 10 °C (49 °F) and 18 °C (64 °F).

Clothing: Long trousers, a sweater and sometimes a coat are enough for the winter in Guangzhou.

Guangzhou is an important transfer hub for a trip to China. Travelers flying to Guangzhou may need to wait around half a day or a day before boarding their next flight. Check out advice on how to spend this layover in Guangzhou.