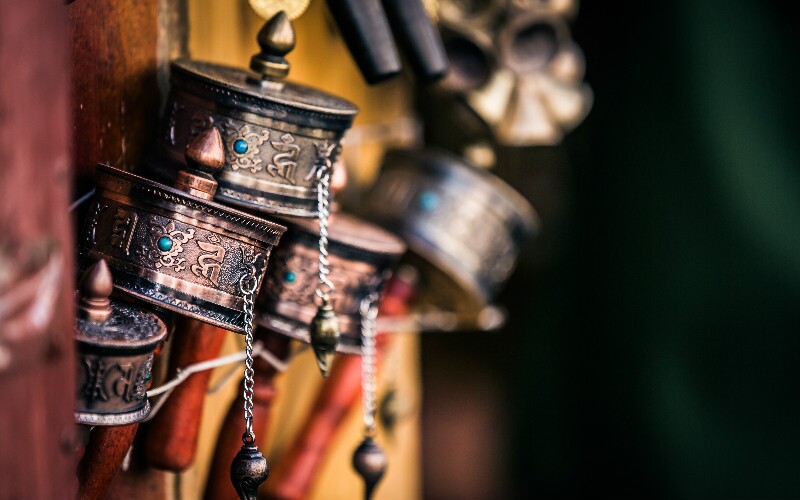 Located just 120 kilometers north of the capital of Tibet, Lhasa, Taklung Monastery is a stunning building of bright red brick that contrasts beautifully with the rich green grass surrounding it. Thousands of prayer flags attached to the building catch the wind and provide a deeply moving display of faith.

At just over eight hundred years old, this monastery has been an important seat of the Kagyu Buddhist sect. Today visitors enjoy it as a place of immense spiritual and cultural significance.

History of the Monastery

Founded in 1180, the monastery at one time was the home of more than 7,000 monks. The monks, following Kagyu Buddhism, spent lives of quiet meditation and reflection, as well as conducting rites and ceremonies in honor of their faith. The monks followed a strict regimen of prayer, meditation and abstinence from meat.

In obedience to the rules of their order, no women were allowed inside the monastery. A nearby nunnery was built to accommodate women who yearned to follow a religious path.

Over time, the power and significance of Taklung Monastery began to decline as the Riwoche school of Buddhist thought gained ascendancy. Many beautiful religious paintings, called "thangkas", were produced by the monks of Taklung Monastery and can still be seen and appreciated for their artistic merit today. These form some of the most enduring tributes to the monastery's artistic and spiritual influence over the centuries.

During the Cultural Revolution, much of Taklung Monastery was destroyed. However, great work and dedication have ensured that a number of buildings that formed the bulk of the monastery have since been restored. The earthquake of 2010 also caused considerable damage to much of the infrastructure but work began almost immediately to preserve the fragile building so that it can be enjoyed by future generations.

The land on which the monastery now rests was once inhabited by a famous lama named Potawa. The site has been an area of sacred and religious activity for many centuries even before the current structure was built. The townspeople who reside nearby today hold the monastery in high esteem and are deeply proud to have it as the focal point of their village.

The main Tibetan city of Lhasa lies 120 kilometers to the southeast of Taklung Monastery. From Lhasa, intrepid cyclists can make a two-day trip to the monastery by heading northwest through the Phenpo Chu valley.

Various tourist agencies and bus tour companies based in Lhasa give visitors the opportunity to experience the many unique monasteries Tibet has to offer. Taklung Monastery is always among the sites visited by these tours, so engaging a company to provide transportation to the monastery is a simple matter of checking with tour companies directly, or arranging the trip through a hotel concierge.

From the village of Phongdo Dzong, visitors may travel the 19 kilometers south to Taklung Monastery by car or bus. Those visitors who enjoy trekking or cycling can cover the distance in five or six hours on foot, or considerably faster by bicycle. While the distance can be covered very quickly by car or bus, cycling and walking give visitors an unparalleled opportunity to experience the tremendous natural beauty of the surrounding mountains.