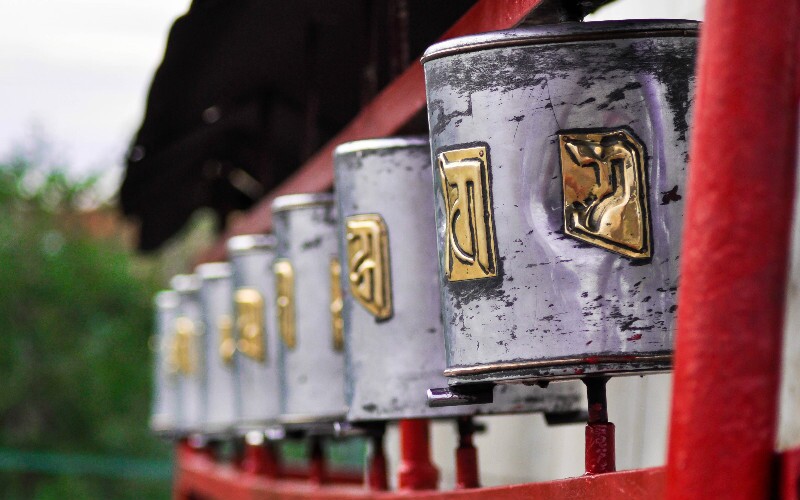 Tombs of the Early Tibetan Kings

The joys of traveling should not be confined merely to areas of sightseeing, the arts, music, food, and shopping. One very important facet of travel that must be explored is history. And for travelers who have a passion for learning about ancient civilizations, the Tombs of the Early Tibetan Kings is a destination they should definitely experience.

Tourists who would like to explore the rich histories of the tombs of the early Tibetan kings, as well be exposed to the local culture, will take more than just a pleasurable and unforgettable experience from visiting the catacombs. Visiting the tombs is more life-like than visiting memorial centers and museums.

Scan the QR Code to contact us on Wechat!

Have you been dreaming of a Tibet tour for a long time? It's time to restart your travel plans now. Tibet has reopened to China expats after being closed for more than a year. The first Travel Permits in 2021 were officially issued on August 27th.

Contact us now to plan your tour and prepare your Tibet Travel Permit documents in advance. Don't worry about canceling. We allow free cancellation for any reason up to 24 hours before departure.

The tombs of the early Tibetan kings are located at Mt. Muri in the county of Qongyai. It can be found south of the Yarlung Zangbo river and southwest of Mt Zongsam. It is around 100 kilometers southeast of Lhasa.

The area is comprised of nine mausoleums of Tibetan kings, and one of the most famous grave sites, that of Songtsen Gambo's, is said to cover an area of one hundred square meters alone for its inner tomb.

Most of the tombs have similar shapes and heights. They are usually in square form with the top level flattened with stones and soil. This is actually a common style of early graveyards in China.

The history of the tombs dates back to their most famous personality: Songtsen Gambo. In Tibet during the seventh to ninth centuries, the Tibetan regime rose to power. King Songtsen Gambo, ruler of the regime, married Princess Wen Cheng of the Tang Dynasty, and he later on succeeded in unifying Tibetan tribes. He was able to foster good relationships between the Tibetan and Han people, and ultimately succeeded in developing what is again now a union of China and Tibet.

The king also made Lhasa the capital and, because of Lhasa's beautiful landscape and location, it was likewise chosen as his grave. It has been said that there are around 35 tombs resting on the location. These tombs belong to Tibetan kings as well as their concubines, with separate divisions of course.

There are three tombs worthy of note, and these are the tombs of Songtsen Gambo, Chide Songzan, and Dusong Mangbujie.

The tomb of Songtsen Gambo has nine chambers inside, with the main chamber being a Buddhist hall. There is a coral lamp in the middle of the hall that never runs out of light. It was said that the four corners of the great king's tomb used to hold treasure.

The tomb of Chide Songzan, on the other hand, bears the inscription that described the Tibetan king as "farsighted" and "rigorous". His tomb used to be a sacrifice temple that held soul towers and four small halls. Inside the temple were statues of King Songtsen Gambo, his wife Princess Wen Cheng, the Princess Chi Zun, and the creator of the Tibetan language: Minister Ludongzan.

The tomb of Dusong Mangbujie is also remarkable. It lies halfway up the mountain and is on an elevated platform. There are two stone lions in front of his tomb, as though guardians, and these have been regarded as very important historical artifacts. The lions are considered rare and precious in both Tibet and Chinese history and heritage.

When visiting the Tombs of the Early Tibetan kings, make sure you bring a camera. The location of the tombs is very picturesque. It stands straight on a plateau and, when the west wind blows and the sun sets, it offers travelers a one of a kind sight that would undoubtedly make a stunning photograph.

The tombs are open for tourists any time. They are likewise open 24 hours a day, seven days a week, but there is an admission fee of 60 yuan.

How To Get There

It has been recommended that, for practical reasons, tourists also pay a visit to Trandruk Monastery (2 kilometers from Zedang) when they visit the tombs of early Tibetan kings.