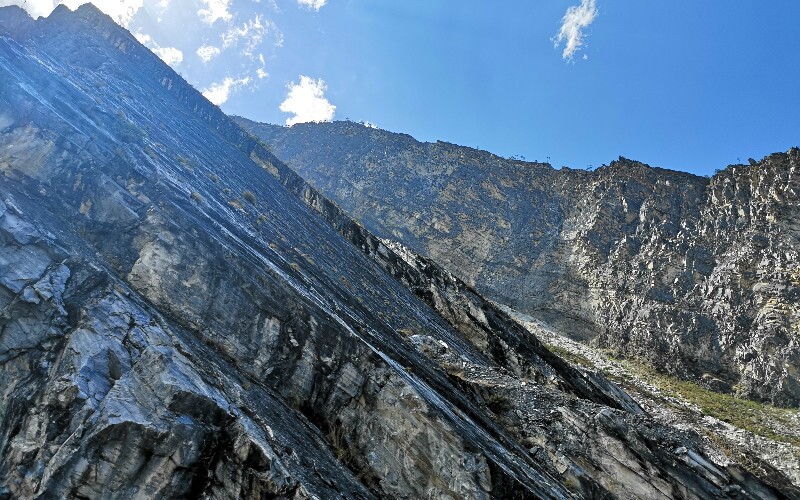 Tiger Leaping Gorge is one of the deepest gorges on the planet, and it has the best hiking trail in the Lijiang area. Foreign backpackers started hiking in the area in the 1980s.

Why Visit the Gorge

Because several ecological zones meet in the region and there is a range of climate zones, it is called an ecological hotspot with an unusually large number of different kinds of plants and animal species living in the same region. The gorge area is where some rare plants and animals live. Tiger Leaping Gorge is a scenic and natural highlight.

Three Segments of the Gorge

The gorge is divided into three segments called Upper Gorge, Middle Gorge and Lower Gorge. The whole valley is about 18 kilometers long. It goes from southwest to northeast. It lies between Hutiaoxia Zhen (Tiger Leaping Gorge Town) that is also called Qiaotou near the Upper Gorge and the town of Daju near the Lower Gorge.

The canyon is near the beginning of the Yangtze River that is the world's third longest river, and it is the most important river in China. The famous scenic areas of the Upper Gorge are the mouth of the gorge and Tiger Leaping Boulder area. Mantianxing (Sky Full of Stars) Reefs Area and Yixiantian are famous spots in the Middle Gorge. There are rapids in the Middle Gorge. In the lower gorge, you can enjoy the scenery around Daju.

Two Trails Along the Gorge

The Low Trail: Tourists can tour the gorge area on tour buses along a road at the bottom of the canyon that follows the course of the river. This tour road is very popular with Chinese tourists.

The High Trail: It is the main path in the canyon. It is well used by hikers and local people. There are native houses and inns along the trail. If you hike the path, you'll find some solitude because you may meet only a few groups of hikers all day.

It faces south so hikers get the benefit of sunlight in the deep gorge. Much of the trail is at an elevation of about 2,700 meters or 8,800 feet. The river roars and rushes along far below and can often be heard as one walks on the trail. Most of the High Trail is about a kilometer above the river.

The eastern side is often shaded by the peaks, and the higher elevations appear to be bare rock or white snow, but it is green near the river.

Whether you visit on a tour bus or hike, you can see some spectacular sights. Recommended tour: 7-Day Dali, Lijiang, and Shangri-La Tour

Many tourists like to hike Tiger Leaping Gorge and enjoy the spectacular scenery. This gorge is considered one of China's best hikes. It isn't very strenuous except for the initial climb along a series of switchbacks near the entrance to the gorge at Tiger Leaping Gorge Town.

If one walks the trail slowly, takes advantage of the accommodations and is in good shape, the trail isn't strenuous. The inns and hotels for backpackers along the way make the trek comfortable. It is strenuous if you attempt to do the whole thing too quickly however. The scenery is spectacular, and backpackers generally say that it is worth it.

Though it is one of China's popular trails, it is not crowded. Mainly foreigners, Americans, Europeans, and Israelis, take the high path above the river. Few Chinese tourists hike it, though you'll see the native people using the route and grazing their animals.

So it isn't a crowded tourist pathway. According to what some people say, you may pass about one group of hikers each hour.

The path isn't really dangerous either, except when it rains, when there are gusty winds, or where there are rockslides. Rain makes the rocks slippery and the path muddy. Walking over a fresh rockslide might be tricky. There are places where you have to walk carefully next to a cliff, and the path gets very narrow in some places.

For safety, it is best to go with a group. It is easy to get a little lost. But take a good map so that you know where the hotels are. The rainy season extends from June to September. To avoid the rain, you could go in the fall. If you walk off the path, be careful.

More suggestions about the hiking in Yunnan Province

At present, there is one main trail that runs the length of the valley called the High Trail. Here is a recommend two day hiking tour. If you are interested in traveling to Tiger Leaping Gorge, we can design your own hiking tour.

On the first day, hike from Qiaotou to Halfway Guesthouse. The whole distance covered on the first day is about 17 kilometers, and you'll hike for about six hours in total. Halfway Guest House really is at the halfway point on the High Trail.

First, hike for two hours to Naxi Family Guesthouse and have lunch. Then continue to hike another 2 hours up the steep switchback called 28-bends before the next break. The views are unforgettable.

After a break, hike another one or two hours, and then we will arrive at Halfway Guesthouse which has a great view of Yulong Snow Mountain and overlooks the Jinsha (Golden Sands) River Valley. You can sit out on a deck facing the mountain, and there are hot showers and clean beds.

Hike down to Tina's Guesthouse (about 2 hours) and pass through some pretty waterfalls and canyons on the way. And then walk for 1 hour down a side trail on the steep cliff to the bank of Jinsha River to see the Mantianxing Reefs. This is another narrow part of the gorge.

Continue along the road to the Lower Gorge (about 1.5 or 2 hours) where there is a ferry across the River to Daju.

The best times to hike could be in the months of October, November and May. The rainy season from June to September is the most dangerous time to hike. At an elevation of about 2,700 meters or about 8,800 feet, the trail may be too cold for a comfortable hike in the winter.

Things to Know before You Go Hiking

The History about the Gorge

Near the mouth of the gorge, there is a rock in the middle of Golden Sand River called Tiger Leaping Rock. People say that the tiger crossed there by hopping on the rock. This is the myth or legend about Tiger Leaping Gorge.

In the 1980s, backpackers started hiking the valley. In the 1990s, tourism was promoted. In 2003, Tiger Leaping Gorge was listed as a UNESCO World Heritage site.

All our tours can be customized. Feel free to contact us. We will create a trip based on your requirments. See our popular Lijiang tours for inspirations: 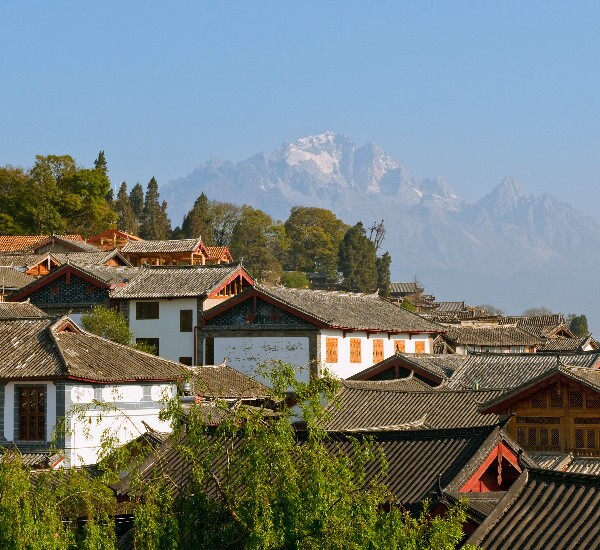