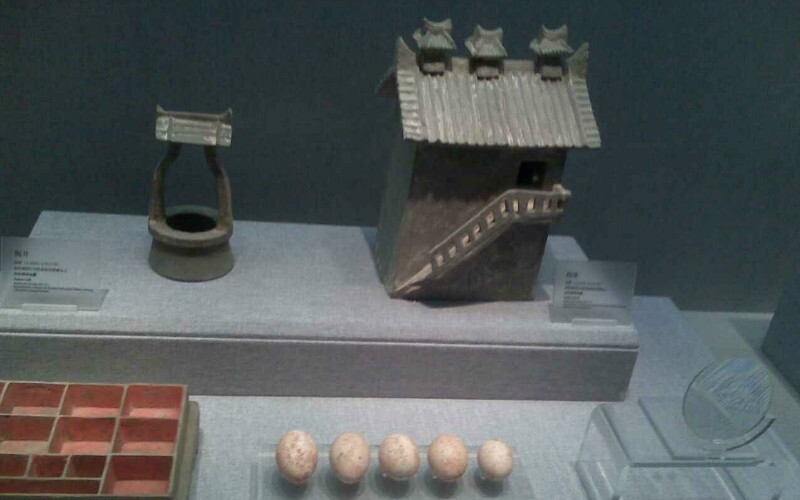 Luoyang Museum demonstrates the colorful culture of the ancient capital, Luoyang city. Over 1,000 exhibits ranging from prehistoric times to the Sui and Tang Dynasty periods are displayed there. In term of exhibits, the museum puts an emphasis on the elephant fossil from 50,000 years ago, faiences during the Neolithic Age, bronzes from the Shang and Xia Dynasty periods, painted potteries from the Han and Wei Dynasty periods, as well as tri-colored glazed potteries from the Tang Dynasty. Moreover, Cuo Jinyintong Ding (错金银铜鼎), which is an ancient cooking vessel with two looped handles and three or four legs, a clay sculpture from the Wei Dynasty, and tri-colored lights and horses from the Tang Dynasty, are the treasures of China. Meanwhile, the museum is combined with a modern technique, giving new vitality to the exhibits and making it more exquisite and elegant. 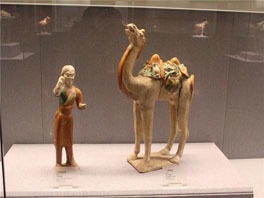 The Treasure Hall is situated on the second floor. This hall mainly exhibits previous dynasties' relics which are extremely fine and exquisite, including the Double-dragon Bottle in blue glaze (蓝釉双龙瓶) and a tri-colored glazed pottery of a scram camel (唐三彩嘶鸣骆驼). Every exhibit is a national treasure.