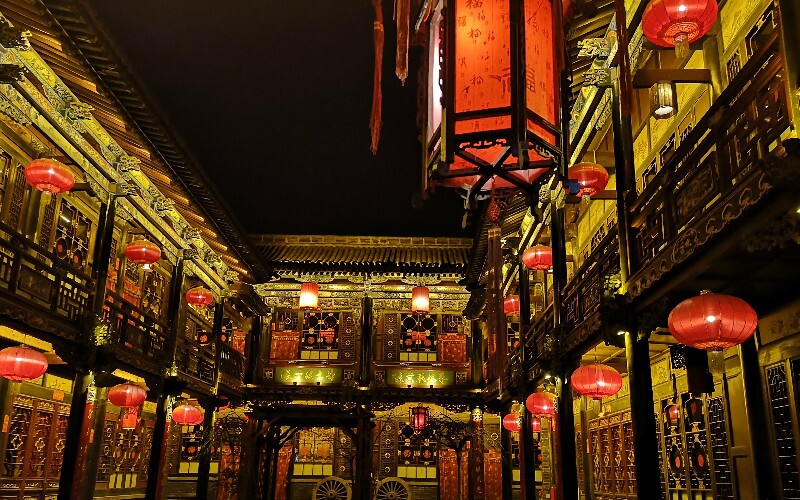 The three-storey Market Tower is the center and joint point of the city streets. The buildings such as Ancient City Government seat, Town God's Temple, Confucius Temple, Military God Temple, Wealth God Temple and Lucky Fortune Temple are arranged symmetrically. With its main streets forming a "干"shape, there are altogether four main streets, eight branch streets and 72 lanes in the city area. Having stood a long time weather-wearing, all these buildings show no sign of dilapidation. In front of the gates of some magnificent buildings and grand shops, deep ruts on the ground are still there to be seen, reminding visitors of its ancient busy traffic and commercial situation. 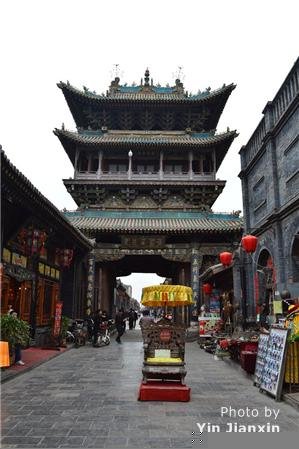 The streets in this ancient town are broad and very well arranged. Dotted with memorial archways and decorated gateways, stretching one after another and high and low, the old houses and courtyards flanking the streets and lanes remind visitors of the long past and their ancestral places. Walking along the ancient streets, you seem to have landed in a world beyond the present one.

18.5 meters in height, and situated in the town centre, the Market Tower is the highest building within the main street from the south to the north running through it. it is said the marketing was going on around the Tower all day long, thus it was named the Market Tower. Belonging now to the historical sites protected by the provincial government, it was renovated in 1688 during the Emperor Kangxi Period of Qing Dynasty, but people still don't know when it was first built.