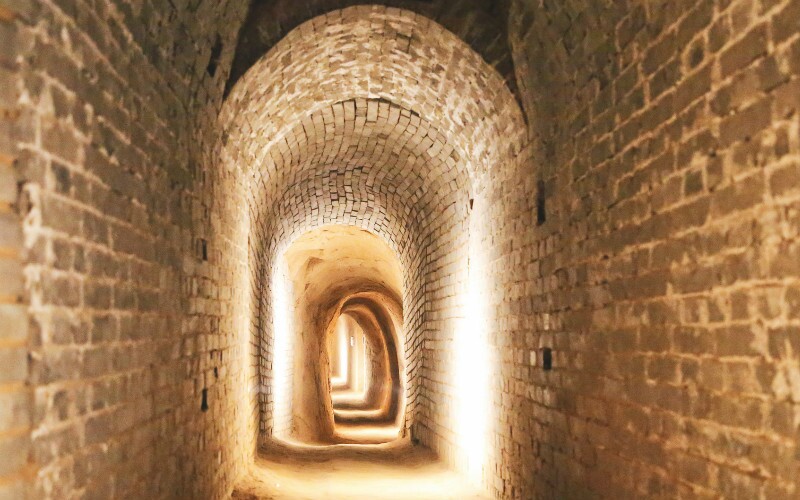 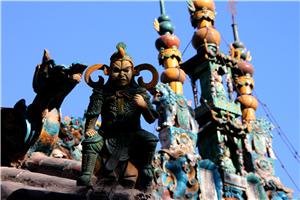 The castle was built in 617 AD, at an altitude of 1,040 meters (3412 feet) above sea level, a total circumference of 1,300 meters (4,265 feet) and an area of 2,000 square meters (3 acres). Inside the isolated castle are preserved a large number of ancient streets and buildings. It is most famous for its underground tunnels, which have three layers, connected by crisscrossing tunnels as long as 5 kilometers (3 miles). The complicated attack and defense system makes Zhangbi Ancient Village a top and rare ancient underground military site in China.  Contact us for a tailor-made tour to visit this village.

Moreover, the village was uniquely made up of T-shaped roads. There are no crossroads at all. Primary and secondary streets are separated. The north-south primary street, known as Long Street (Dragon Street), was paved with numerous stone blocks and bars, about 300 meters (984 feet) long. Secondary streets consist of 3 lanes in the east and 4 lanes in the west, forming a "T" shaped structure with the primary street. Residences in this area were mostly small houses for peasants, whereas in the west where buildings are decorated with more delicate designs were houses for the rich people.

Underneath this ancient village is an amazing underground tunnel network. With its entrance located inside an ordinary peasant’s residence, the complex and mysterious underground world has been waiting ages for travelers to explore. These hidden underground tunnels are actually the entire defense system of Zhangbi Ancient Village.

The tunnel system is divided into 3 layers. The top layer is only 1 meter (3 feet) deep from the ground, the middle is 8 to 10 meters (26-32 feet) deep, and the bottom is 17 to 20 meters (55-65 feet) deep. Walking in the secret tunnels, visitors might feel like entering a labyrinth. Its passages hide mangers, kilns, caves, wells, grain silos, flood-prevention facilities, wall-hole communication facilities and assassination devices, which all dye the castle a color of mystery. From the lowest point of the tunnel, about 20 meters (55 feet) deep from the ground, visitors can see the sky from through the patio above. 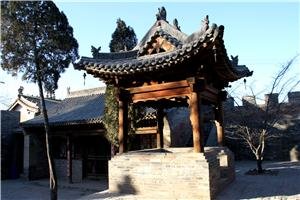 Another attraction in Zhangbi Ancient Village is its temples. Inside this small village, there are 16 temples preserved through history. Large or small, they were mostly built along the city wall. Some of the temples are Buddhist, some of Taoist, and some others are dedicated to many gods in Chinese folk mythology.

It is interesting to see that so many temples had been built in such a small village. It also reflected local people’s eternal hope for peace and happiness. Contact us for a tailor-made tour.

Zhangbi Ancient Village is located in Zhangbi Village, Longfeng Town, Jiexiu City of Shanxi Province (山西省介休市龙凤镇张壁村). It takes about 20 minutes by car to get to the famous historical village Pingyao Ancient Town from here.