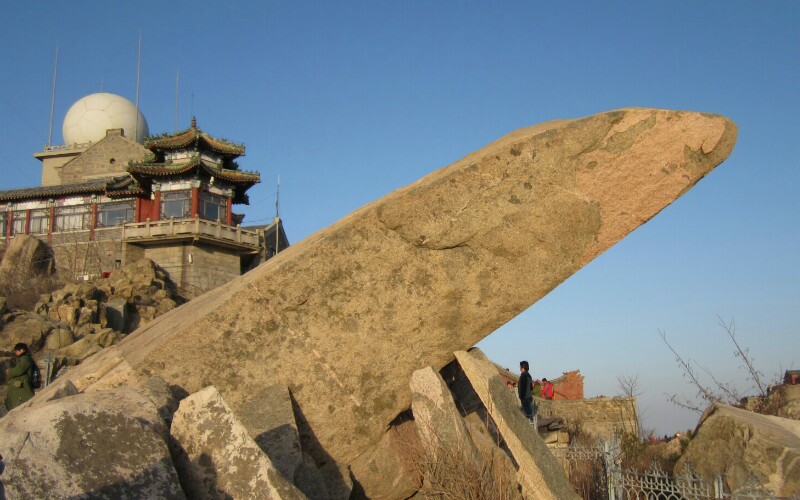 Top Things to Do in Shandong Province

Shandong is one of the 10 coastal Provinces in China. It is in the downstream of Yellow River, an important coastal defense portal in China.

Shandong was first named in the Warring States(475－221,BC), with a history of more than 2,000 years. Its abundant natural resources and cultural relics are popular with tourists every year. Touring in Shandong is like swimming in a long river of history while you can still enjoy the stunning scenery on the river banks. China Highlights has listed for you the following top things to do in Shandong. The Weishan Terracotta Warriors were found on the hillside of Weishan Scenic Area. It is the third largest collection of terracotta warriors in China, after the Terracotta Army Museum and Hanyang Tomb in Xi'an. There are 3 pits displaying over 8,000 life-size pottery models of soldiers, servants, war carriages, horses, jugs, pots, and other artifacts of the Han Dynasty (206 BC – 220 AD). Mount Tai is located in central Shandong Province, spanning the border of two prefectures (Tai'an and Jinan). It is ranked first among the Five Great Mountains of China. Vast quantities of poetry and stone inscriptions were left by emperors, poets, and scholars of every era. Confucians and Taoists coexist harmoniously on the mountain. Mount Tai was listed as a Cultural and Natural World Heritage Site and honored as a "World Geopark" in 2006. Confucius Temple is in the center of Qufu City, Shandong Province. It is a group of temples built to commemorate the great educator of ancient China — Confucius, who affected the mainstream culture and mores of China for millennia. It was built in 478 B.C. in Confucius's hometown, on a palatial scale. It is one of the three greatest groups of buildings in China. Zhoucun Ancient City is located in Zibo, Shandong Province. It is a living museum of China's ancient commercial building groups. It was a commercial city in the middle feudal period of China. People at that time traded in different silks, handcrafts, agricultural, and sideline products. In the Qing Dynasty (1644–1911), it became an important commercial city in northern China. Merchants had business with people from Qingdao, Jinan, Beijing, Shanghai, Guangzhou, etc. The Qingdao Eight Pass Buildings are located in Taiping Corner in Qingdao, covering an area of 15 square kilometers. Assembled there are the architectural styles of Russia, the UK, France, Germany, the USA, Denmark, Greece, Spain, Switzerland, Japan, etc., more than 20 counties.  It is considered a "World Architecture Museum". Founded in 1991, Qingdao Beer Festival has successfully held 22 beer carnivals. It starts from the second weekend of August every year, and lasts for 16 days. It is a great occasion that uses beer as a medium to bring people together, combining elements of tourism, entertainment, culture, leisure, and trade. Qingdao beer is used to say "Cheers!" with the world.

shandong Shandong Travel Guide - How to Plan a Trip to Shandong