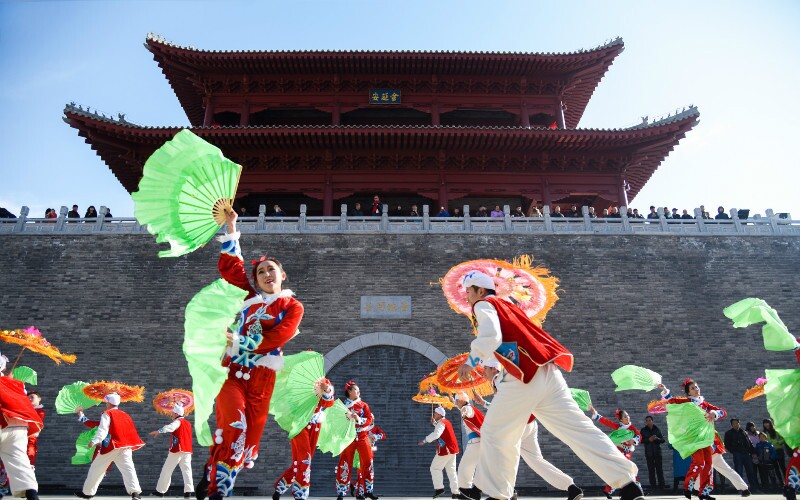 Splendid China in Shenzhen is split into two parts. One part is the Folk Culture Village, and the other one is Miniature China. For a quick tour of China in a day, you can see the miniature models of important sites in China in Miniature China and then take a tour of China's many ethnic groups at the Folk Village. Both sides of the park can be visited with one ticket. The Folk Culture Village features ethnic village settings with people dressed in ethnic costumes, and there are also entertainments such as acrobats and dance and music performances.

Whether you are interested in historical buildings, beautiful scenery or exiting culture, Splendid China Folk Village may have something that interests everyone. Both young and old can enjoy great entertainment. In addition, you can sample the cuisine of many different regions. A variety of food booths and restaurants are scattered throughout the park catering to all taste buds and budgets.

In 2003, Splendid China merged with the Chinese Folk Culture Village to form Splendid China Folk Village (锦绣中华民俗村  Jǐnxiù Zhōnghuá Mínsú Cūn). The theme parks are quite different though they are both about China. One instructs on China's ethnic groups, and the other instructs on famous sites and architectural heritage. Men and boys may prefer looking at the detailed scaled models and learning about Chinese architecture and geography while women may prefer seeing the costumes of ethnic groups in China, the various houses, and the portrayal of ethnic village life.

We walked straight into one of the many varied dancing troupes performing in an artistic and funny way. They ran and danced around on stilts in their colorful costumes. We are intrigued by their skills and enjoyed the show before we continued to another village. We saw other performances too.

In all, there were 24 folk villages depicting different ethnic groups from all over China. Each village comprises three parts: a museum, an entertainment center, and living quarters for the staff. All are beautifully crafted and landscaped to represent the true characteristics of each group. While each of the ethnic groups offers performances and shows, choose which ones appeal to you most as you will not be able to see them all. In addition to each village having its own little show, there are three major shows every day. One is a horse show battle show that reenactments an attack of Genghis Khan and is played out by skillful riders. There is also a fashion show where one can see many beautiful costumes and fantastic head pieces in an amazing parade.

However, if you can stay until the evening, the evening show offers the greatest surprise of all. In the production called “The Dragon and Phoenix,” the entire troupe of entertainers combine their efforts to produce an outstanding and dazzling spectacle in the most amazing and versatile of theatrical settings. Be prepared to sit riveted to your seat not knowing which way to look as trapeze artists dangle from the heavens, musical fountains spring forth, and horses and chariots charge across the stage in front of an amazing backdrop of colorful dancing acrobats.

Two other theme parks nearby that you can go to are Window of the World down the street and Happy Valley that is about 1 kilometer from the front gate of Splendid China. Happy Valley is a kid's favorite, and it is close enough to walk to.

Subway: Transportation to the theme park is easy since it is next to Line 1 metro stations. From Luohu Station on the Hong Kong border, you can take Line 1 and get off at Huaqiao Cheng Station (华侨城 - Overseas Chinese Town) and take exit D. From Guangzhou, you can reach the site in about 2.5 hours via the fast train to Luohu.

Time: A few hours or a day.