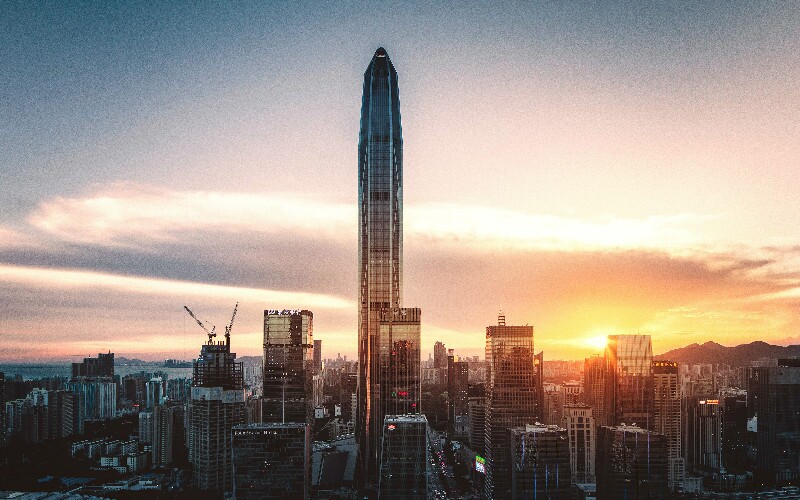 Just 40 years ago, Shenzhen was a small seaside town. Now it's one of China's biggest and most important cities.

The opening of the new bullet train line to Hong Kong in 2018 has made Shenzhen a much more popular place for tourists. Now tourists can reach Shenzhen from downtown Kowloon in about 19 minutes!

The city has been named one of China's most livable cities and one of the world's 25 top high-tech development cities. Lonely Planet's list of the top 10 cities to visit in 2019 ranks Shenzhen as second in the world! Tourists are recognizing Shenzhen as one of the best tourist destinations in the world.

Shenzhen is located on the southern tip of central Chinese mainland, It is the city in Guangdong Province that is adjacent to Hong Kong on the Chinese mainland border and roughly 100 kilometres (62 mile) southeast of the provincial capital of Guangzhou. It has flourished in this favorable location and become the Chinese mainland's “coolest city”.

What Shenzhen is Famous For?

Shenzhen’s Development from a Village to Metropolis

The name of "Shenzhen" was first recorded in 1410 (the 8th year of Emperor Yongle in the Ming Dynasty). In the local dialect, the ditches between the fields are commonly known as zhen (/jnn/) or yong, the name Shenzhen (‘deep ditch’ /shnn-jnn/) came from the fact that there was a deep irrigation ditch near the village. It started to grow with trade in the early Qing Dynasty (1644–1912).

The most striking thing about Shenzhen is its development history as a Special Economic Zone in China and its meteoric rise from a small fishing town in the Pearl River Delta to being one of China’s most innovative modern metropolises.

In May 1980, the Central Committee designated Shenzhen as a Special Economic Zone, and Shenzhen implemented special economic policies and economic management systems to create a favorable investment environment, encourage foreign investment, and adhere to an export-oriented economy model as the goal of development.

In the past 40 years, Shenzhen's GDP grew from less than 200 million yuan to 2.7 trillion yuan, and the population grew by 19.5 million people!

Shenzhen is in a humid subtropical climate zone with wet, scorching summers and mild, sunny winters. Its coastal maritime weather is changeable and keeps the pollution away, making Shenzhen one of the better major cities of China for air quality.

The best time to visit Shenzhen is from October to April. The weather during this period is pleasant with much less rainfall and the occurrence of a typhoon is very rare compared to the summer months. See more details on Shenzhen Weather.

Is Shenzhen Safe for Travel?

Shenzhen is definitely a safe city for travel. China is a country with strict gun controls and penalties for crime, and now police patrols and CCTV are everywhere on the streets, visitors don't have to worry too much about safety even if they are out at 4 or 5 a.m.

However, Shenzhen is a migrant city with a complex population structure, so pickpocketing and theft can still happen occasionally. Generally, as an international metropolis, the safety of Shenzhen must be among the top cities in the world.

Shenzhen is nowhere near being a gastronomical capital like neighboring Hong Kong, but you'll find cuisines from all over China due to the migration of large numbers of people from across the country.

Shenzhen has good shopping opportunities, and it is well-located next to Hong Kong. The better buys include electrical appliances, digital products, clothing produced in China, and jewelry.

Shopping in Shenzhen is not just about buying items: it is a good way to get to know the city from another perspective. For example, you can find everything you need to create a smartphone in Huaqiangbei, and there is a lot more for you to discover.

Check out more on Shenzhen Shopping. or contact us to customize a Shenzhen shopping tour.

Top Things to Do in Shenzhen

The Ping An Finance Centre in Futian District is the tallest skyscraper in Shenzhen.

When ascending the skyscraper, it might be hard to imagine that the view below used to be small villages. In this young, active, and creative city, you will never get bored of the stunning architecture, interesting theme parks, and restaurants offering gourmet food from all over the world.

Shenzhen is also a sleepless city. At night, the view of the downtown area is possibly more beautiful than it is in the daytime. There are also countless bars and clubs for you to enjoy at night.

Also read: China's 10 Tallest Skyscrapers — about half of the world's tallest skyscrapers.

Shenzhen Window of the World

Although the theme parks in Shenzhen are not world class like the ones in Hong Kong, they are fun options to spend a day or half a day in, especially if you are traveling with your kids. They are clustered just north of Shenzhen Bay around the Window of the World.

When you step away from the downtown area, you will discover the urban villages of Shenzhen. Different from the slums in some countries and cities, the urban villages in Shenzhen are not dirty and disorderly, but are tightly-packed, less-high-rise, and lively places for people who go to Shenzhen to realize their dreams.

Dafen Oil Painting Village might be the most famous one. At its peak, over 60% of oil paintings sold on the market originated from Dafen. Although most of the paintings there are copies, it is a great place to get closer to the local painters and hear their storiess.

Shenzhen's city parks are places to exercise and to see the local people and scenery. See more on these on Free Things to Do in Shenzhen.

Shenzhen has mountains, hills, and beaches. They are also good places for exercise and a scenic break from the big city. For example, Wutong Mountain is the second tallest mountain in the Pearl River Delta after Hong Kong's Tai Mo Shan.

Shenzhen’s transportation system is well developed. It is easy for visitors to get there quickly and comfortably by air, train, or ship. Check out Shenzhen Transportation for details of different ways to Shenzhen.

Transportation between Hong Kong and Shenzhen

Transport from Shenzhen to Hongkong/Macau

Transportation between Shenzhen to Guangzhou

Transport between these two big cities in South China is very convenient and efficient. Travelers can take a coach or a train (ordinary or bullet) to come and go between Guangzhou and Shenzhen. Check out Guangzhou to Shenzhen Transportation for details.

Transportation from Shenzhen to Macau

The direct distance between these two cities is only about 80 kilometers, but a bay separates the Shenzhen and Macau.

The most common way to travel from Shenzhen to Macau is to take a ferry. If you have no concerns about budget, enjoying a helicopter ride is a luxury option, or you can transit via Hong Kong or Zhuhai. See more on Shenzhen to Macau Transport.

People from most countries don’t need to apply for a full China visa to visit Shenzhen. Instead, applying for a Visa on Arrival (VOA) is both swift and convenient.

No matter whether you arrive in Shenzhen by air or travel from Hong Kong to Shenzhen by land or water, you can apply for a VOA at the port with just your passport.

Check out our Shenzhen Visa page to see if you are eligible to apply for a VOA and how to get one.

As a tier 1 city in China, Shenzhen’s hotel industry is well developed. Different areas of the city have different advantages or benefits for visitors. Visitors can select from a huge range of options: from high-grade star hotels to all kinds of chain hotels, youth hostels, etc.

The best place to stay in Shenzhen depends on who you are and why you’re visiting:

See more on Best Places to Stay and Recommended Hotels in Shenzhen.

We can help you explore Shenzhen, discover more about the area, and much more. We could start by customizing a popular tour plan or from your ideas.