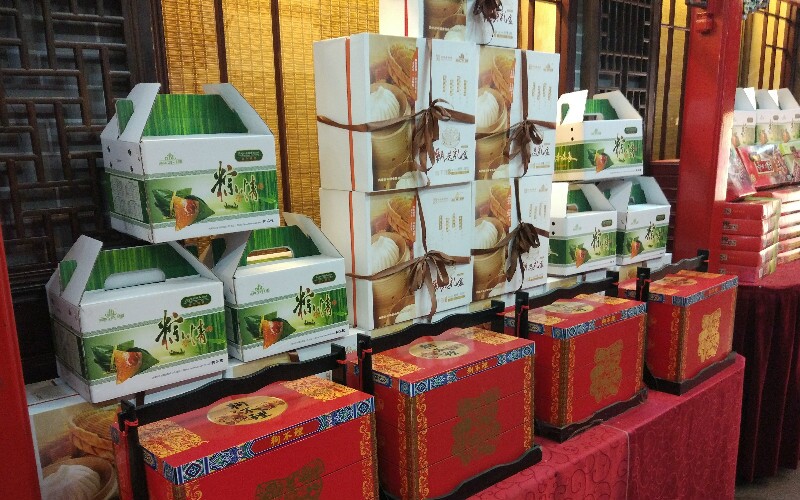 There are both modern and comprehensive large commercial centers and special antique shops in Tianjin.

Ni Ren Zhang (clay-figurine Zhang) has long been a well known folk art at home and abroad. It was first initiated by Zhang Mingshan in late Qing Dynasty. His clay figurines were very vivid and expressive, and were soon well known in the surrounding area. Zhang inherited the legacy of traditional Chinese clay figurine making skills and also incorporated skills from other art forms such as painting, opera singing and Chinese folk wood engravings. His unique handicrafts became famous at home and abroad. People liked his clay figurines very much and gave him the nickname of Clay Figurine Zhang. Clay figurines created by Zhang Mingshan include both celebrates and villains and they are full of appeal.

Yangliuqing New Year Pictures is a very famous traditional new-year picture in North China. It had originated during the reign of Emperor Chongzhen in the Ming Dynasty. With a long history and distinctive local flavor, the pictures have been developing into one of the best new-year pictures in China. It mainly depicts drama stories, beautiful women and plump moppets, as well as josses, door gods, images of beauties, boy and girl attendants to a god or goddess, auspicious pictures, birds and beasts, flowers, water and mountain landscapes, characters from dramas and legends. However, festivity and auspiciousness are always the main themes of Yangliuqing New Year Pictures. Yangliuqing New Year Pictures combine delineation, woodcarving, overprinting, color painting and mounting techniques and feature an exquisite touch, smooth lines, elaborate techniques, lifelike color paintings and a vivid luster, especially the color paintings of human faces, which are fine, bright and true to life. Therefore, every Chinese New Year has seen people buy them and put them on windows, walls and doors in order to celebrate the festival.

In Tianjin, the most famous commercial center must be the Tianjin Commercial Street, also known as the Tianjin Heping traditional commercial street. It has already taken shape before the founding of new China. Its long history has provided the street with oceans of shops and comprehensive goods. There stand three famous major shopping centers of Tianjin, namely Tianjin Quangye Center, Hualian Business Building, Tianjin Department Store.

Another place known as Tianjin Ancient Culture Street combines ancient cultural tourism and business into one. There sell many calligraphy and painting by celebrities, antiques such as jades and the four treasures in the study.

Binjiang Dao Commercial Street is one of the most prosperous commercial streets in Tianjing. It starts from Zhang Zizhong Road at the riverbank, stretches along the southwest direction to Nanjing Road, with a total length of 2094 meters. As early as the late 1920s Chinese and foreign businessmen have gathered in the street. Now along this street stand not only a dozen of old brand, like Quangye Center, Zhongyuan Company, Daoxiang Food Store, Hendry Watch Store, Guangming Theater and Deng Ying Restaurant, but also a number of new shopping malls (Binjiang Shopping Center, Geely Building, Mi Laiou International Shopping Mall, etc.). Streams of visitors never stop flowing along the street all day long. When night comes, numerous lights are shining, which has become a new night scene in Tianjin.

Tanggu Foreign Goods Market is located in Fushun Road, Tanggu District, and near the Tianjin Development Zone, which is located in southwestern side of Hebei Jintang highway. Tanggu foreign goods market is the first market established in North China specializing in import and export transactions. The market deals with a variety of goods, like cars, motorcycles, household appliances, photographic equipments, clothing, watches, lighters, audios and so on. Due to the import of original foreign goods, the price is relative low. Tanggu Foreign Goods Market is the distribution center of imported goods in North China. Travelers can take the Binhai Mass Transit, or No. 651, 815, 835 buses to get there.