How to Use a Squat Toilet in China 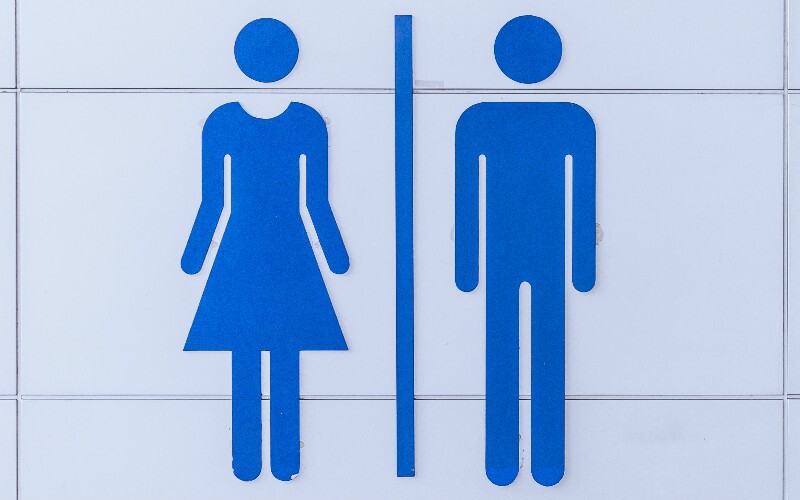 Using squat toilets in China may not be on a traveler's "top 10 list" for their vacation, but it usually becomes a part of their Chinese experience. Public restrooms are getting more and more sanitary in China, but some are still shocking.

China is one of the most popular vacation destinations in the world, and this is with good reason. Tourism and toilets are well-developed at sights like the Forbidden City, and starred hotels are usually of a high standard, despite China being a developing country. However, one thing that many people find surprising when they first get to China is the squat toilet.

A squat toilet in China

Squat toilets are not seen in most of the Western world, but in China, it's more likely than not that a person will walk into a restroom and find a toilet that is level (or, pardon the pun, "flush") with the floor. These toilets require a bit of getting used to.

Squat toilets aren't excessively difficult to use. The majority of a person's problems come from not being well-versed on how to use the toilets. Not knowing how to use these toilets can mean waiting in much longer lines for Western toilets, so a little foreknowledge is best.

2. What to Expect: Cleanliness of Squat Toilets in China

The cleanliness of squat toilets is very much dependent on where you are in China. If you are in a high-end mall in the middle of Shanghai, or an airport, you can expect the toilets to be frequently checked by staff and regularly mopped (although it's unclear how often the mop gets cleaned). If you find yourself in a no-name village in the hills, be prepared to venture into a brick shack with no electricity and little more than a large hole in the ground. They may not be pretty, but they're certainly memorable!

In general, the cleanliness level is improving as China develops, and you will usually find yourself in a public toilet that is very much comparable to most Western public restrooms (as in, you still wouldn't want to spend too long in there). There'll usually be stalls, a cleaning lady at the ready (who has no qualms about pushing a mop around as you're doing your business) and, if you're going to the men's restroom, a few gentlemen standing around having a quick cigarette before going back to work.

Toilets on Chinese trains don't stay this clean for long.

However, if nature calls when you're taking a slow train be prepared for one of the foulest moments in your life. In each carriage there are two squat toilets (squat toilets only I'm afraid), which, after an hour or two of travel time, become places you really don't want to be. Due to the motion of the train aiming becomes difficult, and you will need to grip on to something as falling over on that floor is not something anyone should have to experience.

If you can, opt for travelling by a high-speed bullet train. The toilets on these are vastly nicer, well-serviced, and may even include a Western-style toilet.

Warning: Be prepared for the fact that some of the more low-end public bathrooms don't offer much in the way of privacy. Toilets with stall walls built only a meter off the ground with no doors are (thankfully) being replaced with taller cubicles with doors, but the locks (if still attached) may not work, so holding the door shut or making a noise may be required to stop others pushing the door open.

Even most 3* hotels in China have Western toilets.

It may sound surprising, but using squat toilets actually requires a bit of planning before you even leave your hotel/airport.

Good advice is to use the bathroom before leaving the airport/hotel. Visitors to China will likely have to use a squat toilet at some point, but going before leaving the hotel will reduce the number of interruptions to a person's vacation.

Many public restrooms do not actually provide toilet tissue, so it's usually a great idea to pack a bit before heading out for the day.

If you find yourself needing to go but don't have any toilet paper you really have only two options.

There's also a strong chance that a restroom will have no soap or paper towels (or blow drier) to dry one's hands with. You will also find that many public restrooms, even in big cities like Beijing, won't have heated water. This is fine during the summer, but during the winter months, when the mercury regularly drops to below -10°C (14°F), this makes it a good idea to pack some hand sanitizer before heading out.

You may need a small amount of change since many public restrooms have started to charge a fee.

The first thing that a person should do before going into a bathroom is have a friend or family member hold their bags (e.g. shopping bags, purses) for them. This isn't so they won't get stolen, but rather, because there are usually no hooks to hang these bags on and both hands will be needed for balance.

After not forgetting to remove the toilet tissue from your bag, you may have to get in line for a toilet. Many restrooms have both Western and squat toilets, and some even have signs signifying which toilet a stall contains. It's not customary to simply hang back and wait for a stall to open, so choose one stall's line and stick with it.

The next ideal move is for a person to pull long pant legs up. A floor may be wet from "accidents" or from toilet staff who have the job of continuously mopping bathrooms clean, but either way, this will help a person avoid getting their trousers wet. Even if the floor looks dry, the backs of loosened trouser legs resting on the toilet floor is still undesirable.

5. Going in for the Squat

Squat toilets aren't terribly difficult once a person knows how to use them. Unfortunately for many people vacationing in China, it will be their first time ever using one. The first thing to remember is that, even for men, the position to use these toilets is facing forward (to avoid splashing over the waste pipe).

It's now necessary to stand with feet on either side of the squat toilet. There are grooves on each side of these toilets to help a person keep their feet in place while using it. An individual's feet should be towards the middle of these grooves and flat.

After all of the aforementioned preparation is done, a person can let their pants down to half way down the thighs and squat over the toilet. It's important not to allow clothing to touch the floor; this is true even if the place seems clean and spotless.

Once you have finished your business, you might notice a sign asking you not to flush your toilet paper, and a bin next to you filled with used tissue. Nowadays most toilets can actually handle flushing a moderate amount of toilet paper, and these notices mainly exist to discourage throwing all kinds of rubbish into the toilets (as is done in rural toilets). So the decision is yours whether you want to use the bin or try flushing the toilet paper.

Be careful when it's time to stand back up, as the average Westerner is not used to spending even a short period of time in the squatted position. So blood rushing back to your legs and difficulty balancing is a real issue if you haven't had practice.

When you flush the toilet stand well clear to avoid any spray or splashback.