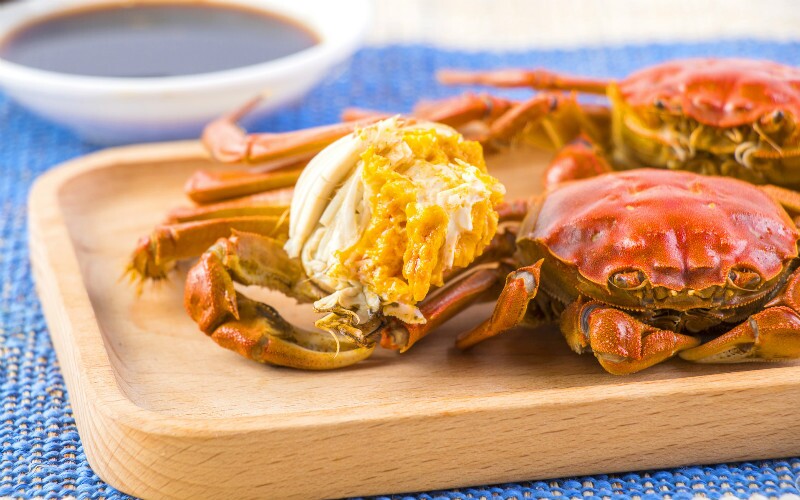 Eastern China food is the food of the Yangtze Delta area - Shanghai, Hangzhou, Suzhou, Nanjing, the Yellow Mountains… - and as far south as Xiamen.

An Abundance of Ingredients

Eastern food features an abundant use of seafood, fish, pork, poultry, and vegetables.

The Yangtze River Delta is a fertile region with rich farming land, nourished by the subtropical climate, which allow for production of a wide variety of vegetables. Both rice and wheat are common staples.

The large number of lakes and river tributaries provide abundant fish and shellfish to this region. It also has abundant seafood due to its proximity to sea.

The most widely-used cooking methods are stir-frying, steaming, braising, and simmering.

Zhejiang Cuisine, or Zhe Cuisine (浙菜 Zhècài /jer-tseye/) derives from the native cooking styles of the Zhejiang region, comprising the styles of Hangzhou, Ningbo, Shaoxing, and Shanghai. Zhejiang cuisine is not greasy, and has a reputation for freshness, softness, and smoothness, with a mellow fragrance.

All styles of Zhejiang Cuisine are characterized by the careful selection of ingredients and elaborate preparation, but each style is noted for its special flavor and taste, and has its own specialization in ingredients.

Fish Ball Soup - one of the most famous Fujian dishes

Fujian Cuisine, also called Min Cuisine (闽菜 Mǐncài /min-tseye/), originates in Fujian Province (Xiamen is its main tourist city.). Due to Fujian's coastal position and mountainous terrain, Fujian Cuisine is rich in high-quality ingredients, and its main ingredients are from the mountains and sea, such as local fish, turtles, shellfish, mushrooms, and bamboo shoots. It is famous for its light, soft, tender, and flavorful taste.

Cutting techniques are important in the Fujian Cuisine to enhance the flavor, aroma, and texture of seafood and other foods. Learn more about Fujian Cuisine.

Anhui cuisine, or Hui Cuisine (徽菜 Huīcài /hway- tseye/) is derived from the native cooking styles of the Yellow Mountains (Huangshan) region of China. Anhui Cuisine is characterized by the extensive choice of cooking materials and the strict procedures of the cooking process.

Most ingredients of Anhui Cuisine come from rural mountain areas, so the freshness of the dishes is unparalleled.