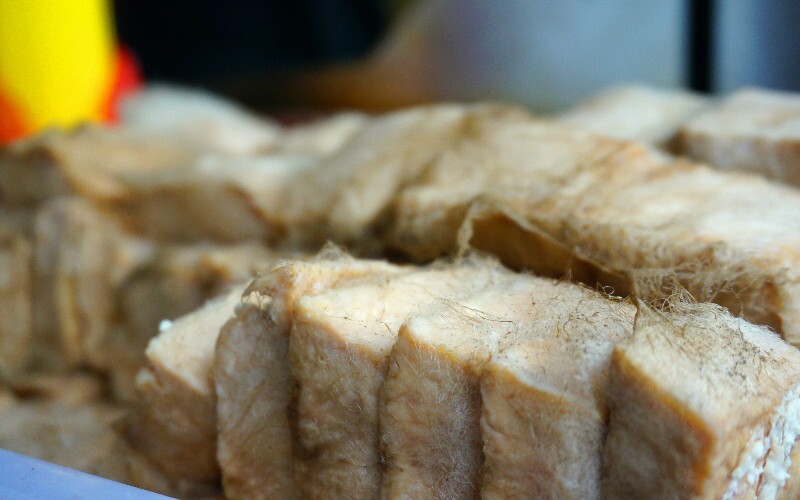 Anhui cuisine is one of the lesser known of the Eight Great Cuisines of China. Anhui Province is a poorer inland province west of Shanghai, so its food is basically a hearty mountain peasant food, famously the diet of the Yellow Mountains and the tourist area of Huangshan.

The best Anhui food is known for incorporating wild ingredients from the local mountains for a tasty, different, and healthful cuisine.

Hui cuisine is a local feature of the six counties of Huizhou, now Anhui Province, and its unique geographical and cultural environment endowed it with its unique taste. Huizhou snacks are delicate and restrained, full of the gentleness and sincerity that pervades the south of the Yangtze River.

When you walk in the alleys after the rain in Huizhou's ancient villages, you will come across the steaming roadside stalls under their umbrellas. Huizhou (Anhui) is well-suited for walking, eating, and relaxed exploration.

Anhui cuisine is famous for its wild picked ingredients from mountains

Wild food: Anhui cuisine is known for wild picked or caught delicacies from the mountains as the main ingredients and flavorings. Anhui has large mountain forest areas. Wild caught frogs, local small shrimp, turtles, and lots of other wildlife are put into their soups and stews.

Fungi: Both wild and cultivated fungi and mushrooms are relished as flavorings and for their nutritional value.

Herbs and vegetables: For Chinese, food is medicine. They pay attention to both the season and the weather, and use yin foods and yang foods as necessary to achieve balance and promote health and comfort. Locally produced bayberry, tea leaves, bamboo shoots, and dates all come from mountain areas. Locally picked wild herbs add both aroma and medicinal effects.

Staples: Nowadays, both rice and wheat products are the staples. But in times past, the traditional staple was rice. Anhui-ers also grow various root crops for staple foods, such as kinds of potatoes that fit their climate and land.

Pork and ham: If you like pork, this cuisine is for you since it makes it way into many popular dishes. These include:

Reflecting the peasant origins, their chefs use comparatively simple methods of preparation.

Hui chefs are particular about controlling cooking time and temperature. High, medium, or low heat is applied according to the quality and characteristics of the different ingredients, and the flavor requirements of finished dishes. They aim to cook food to perfection, and not overcook to protect the nutrition. So they have special skill in sautéing and stewing to achieve a delicate lightness in taste.

There are three regional styles: the Huai River (north Anhui) and the Yangtze River (central Anhui) lowland regions, which traditionally used river fish and aquatic creatures, and the more famous style of the southern Anhui region where the Yellow Mountains are.

Crab-shell yellow, also known as crab-shell pancakes, are small cakes in the shape of a crab shell. You can find them everywhere in Huizhou. A pleasant time may be had walking around Huizhou's ancient villages then taking a break to eat crab-shell yellow while drinking tea.

Huizhou taguo is a traditional and popular snack for Huizhou merchants out on business. But you don't need to be a merchant out selling your wares to eat it this golden-brown and crisply baked cake with pleasure while exploring Huizhou.

Qingming guo (‘Tomb Sweeping Festival fruits’), pervaded with mugwort fragrance, are a memorable experience. Within their leafy green exterior, lurks a tender stuffing made of pork and dried mustard, salted, and finished off with the distinctive mugwort sugar.

Bean candy reminds the residents of Huizhou of their childhood. Through it they can eat their words, etched in Chinese characters into the sugar, a romantic way to literally consume culture. The characters themselves carry auspicious meanings, such as “Happy New Year” or “joy and peace”.

A She County snack, the ‘stone pancake’ is stone-pressed. Take the mixed flour, roll it out and insert the filling. After that, cook on a flat pan. Then a piece of smooth black stone, often a family heirloom, is pressed on the "pancake" repeatedly, forcing the oil from the filling. The fragrance of the pancake after this is superb.

Huizhou wontons are a savory treat. The wontons are packed with stuffing in a thin casing and boiled in bone broth. Add a little red chili oil, some green onions, and then sprinkle on pepper for a fresh and enticing meal.

So delicate is the wonton's exterior that a half-kilogram of flour can be stretched into 600 pieces. The skin is so clear and thin you can place it on a printed page and read the words through it. But be warned, so delicate is this skin that it bursts easily in the hands of an inexpert cook.

Hairy tofu is an intriguing and original dish. After fermentation, the tofu grows edible fungal mycelia to make this an attractive, novel and highly unusual treat.

Hui-style braised pork, cooked with traditional squeezed rapeseed oil and fermented soy sauce, seems to melt in your mouth in a deliciously rich treat, meat as you've never experienced it before.

During Spring Festival, families in Huizhou pickle Mandarin fish to symbolize an abundance of food and wealth in the year ahead. People who have eaten stinky mandarin fish love its unexpected freshness. Also known simply as pickled fish, the secret of its fresh taste is not to dehydrate it during marination.

Daobanxiang or, more simply, cured pork, is one of the most typical of Huizhou dishes. In the back yards of traditional Huizhou houses pork may be frequently seen hung out to dry. In time, through the action of the sun, the meat gradually turns yellow as the fat of the meat is released. The cured pork is then cut into thin slices before being placed on a board to be steamed.

Steamed pork with lotus leaves is composed of streaky pork in a fragrant rice-powder seasoning. This is then steamed until it is soft, with the fragrant rice powder and the lotus leaves neutralizing the greasiness of the meat.

Jixi Yipin pot, also known as Hui-style Yipin pot is a salty, fresh, slightly spicy, tender and delicious dish. This is one of the more famed dishes of Huizhou cuisine. Liang Shiqiu, (a famous writer), praised the dish highly.

He wrote of it in detail. "A large wok of boiling soup about 2 feet in diameter is brought to the table. A layer of chicken, another of duck, yet another of meat and a layer of oily bean curd, mixed with egg dumplings, radish and some green vegetables. It tastes so good."

Food You Could Try in the Yellow Mountains

The Yellow Mountains are a popular tourist area, where foreign tourists like to hike. Here are some local specialties to try if you go:

If you want to try authentic Anhui Cuisine, our tour guides can take you to authentic local restaurants.