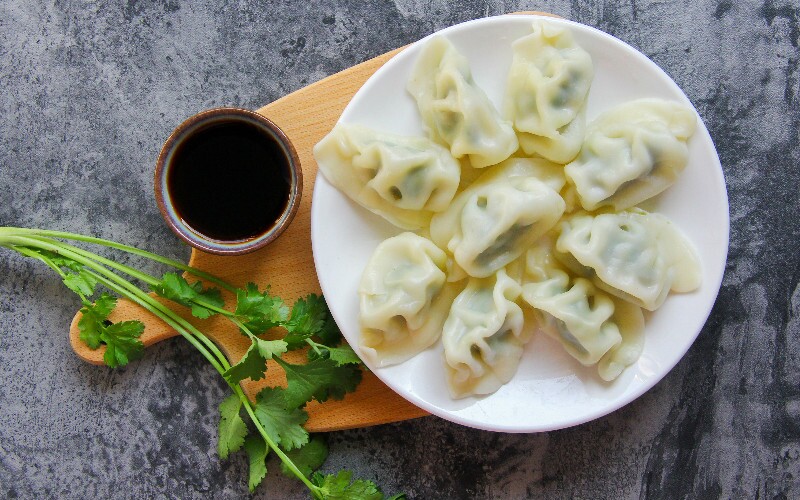 Northern China's hearty food is generally more acceptable to Westerners. Enjoy roast duck from Beijing's imperial kitchen, beef and dairy from Inner Mongolia, flatbreads and roasts from the Muslim northwest, and Korean dishes in the northeast.

A strong flavor is very important for Northerners, who achieve this with salt and strong seasonings, compared with the South where chilies and pickles are more used, or dishes are lighter in flavor. Generally, northern dishes are oilier and richer in meat, and make liberal use of garlic and scallions.

The most popular seasonings used are soy sauce, vinegar, garlic, scallions, ginger, leeks, star anise, sweet bean sauces, chili peppers, and sesame oil. Northern chefs skillfully make use of seasonings to add richness to its dishes without covering up the natural flavor of the ingredients.

Northern cuisine relies primarily on hearty dishes of meaty and starchy foods. Most of Northern cuisine ingredients are based on the region's agricultural products, which are limited due to the cold and dry weather in the north.

Wheat is the staple crop of Northern China, and you will find an abundance of wheat-flour products in the form of noodles, dumplings, steamed buns, stuffed buns, and pancakes. Rice is also eaten in the north, but is definitely secondary to wheat.

Dumplings are very popular in the north, served with vinegar and hot chili oil for dipping. There are various meat and vegetable fillings.

For breakfast there are steamed buns, stuffed buns (with different fillings like meats, vegetables, or red bean paste), and pancakes eaten with porridge.

Hand-pulled noodles and sliced “noodles” are also very common dishes in the North, served either stir-fried or in soups.

Shandong cuisine is famous for its seafood.

Northerners tend to eat more (red) meat and dairy, as the calories, fat, and protein strengthen their bodies against the chilly weather.

Most meat dishes are based on mutton, pork, beef, chicken, duck, and fish. Mutton is particularly used as the ingredient in the Northwest, where Muslim ethnic group gather. Seafood is abundant in Shandong Province.

In the north, especially in Inner Mongolia, there are large grasslands, where pastoral people live. Their food features dairy products (like cheese, butter, and yoghurt), beef, and grassland game.

There are less fresh vegetables available because of the cold weather. People prefer to preserve some vegetables for winter by drying and pickling, though root vegetables keep well in the cold climate. Northeastern dishes are very famous for making use of pickled vegetables (Korean kimchi).

Fruit was traditionally limited to a few hardier seasonal varieties like apples, so doesn't feature much in the cuisine, though the northwest is famous for its dried fruit and wine.

Dishes Are Served in Big Portions

Take Inner Mongolia's dish whole roast lamb as an example. It is an indispensable dish in their grand banquets to honor guests. The dish keeps the animal intact, apart from gutting, and is served on a huge plate.

Beijing has been the capital of China for centuries, absorbing the essences of cuisines from other parts of China. It is very well known for its imperial cuisine. And its most famous dish is Peking Duck. Learn more about Beijing cuisine.

Shandong is a province with a long coast bordering the Yellow Sea. It is rich in farm produce and seafood ingredients. Shandong food is one of the most influential Chinese cuisines. Learn more about Shandong cuisine.

In addition, Northeast China cuisine is heavily influenced by Korean and Russian dishes. That is because there are many ethnic Koreans and Russians living there, whose ancestors were from the North Korea or Russia.

If you want to enjoy China's top northern cuisine on your China trip, China Highlights offers you our assistance. We select the best local restaurants for you to taste authentic Chinese food. See our recommended tour below for inspiration.