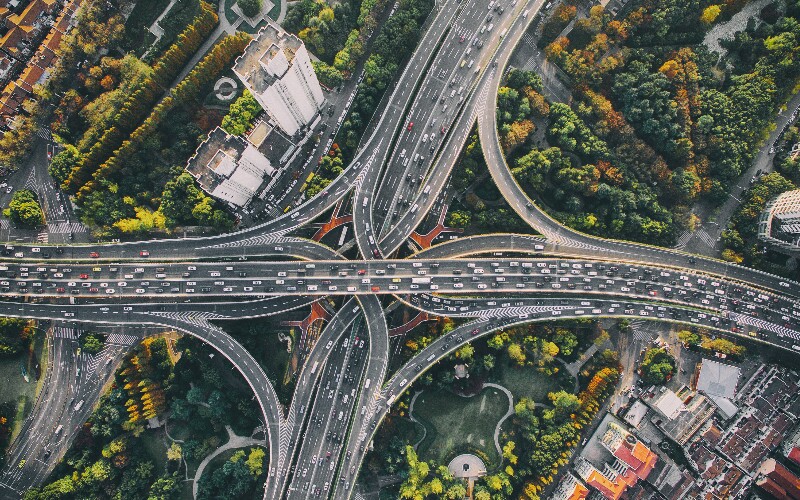 Modern China - This is China Now! China is one of the four ancient civilizations (alongside Babylon, India,and Egypt), according to the Chinese scholar Liang Qichao (1900). The written history of China dates back to the Shang Dynasty (c. 1600–1046 BC), over 3,000 years ago. Through dozens of dynasties and a thousand generations, this country has created innumerable glorious achievements and had many ups and downs.

Today, China is the world's second-largest economy after the United States but is considered to be an emerging economy because of its rapid growth and industrialization. China has become a world trendsetter in many fields.

Why Did China Develop So Rapidly?

Since the founding of the PRC, the Chinese government has been committed to economic development and national construction. It continuously gains new achievements throughout China’s modernization process. As to why China has scored enormous achievements in economic growth, we would like to attribute it to four reasons: the reform and opening-up, economic cooperation, human resources, and capital investment.

Before 1978, the state of China controlled all of the country’s productive assets. To change the dormant economic situation, the government decided to relax the state control and implemented economic reform and the opening-up policy. This policy encouraged rural enterprises and private businesses, which liberalized foreign trade and investment.

Over the next 40 years, the spectacular economic achievements proved that the decision was both correct and farsighted.

With economic development, people's standards of living have risen accordingly. After meetingbasic living costs, they can pursue higher levels of material and spiritual enjoyment. More and more Chinese people can fulfill their travel and shopping appetites.

In addition to this, China is also a member of ASEAN and APEC. The import and export trade has seen explosive growth. Spurred by booming trade, China has seven of the world’s 10 busiest container ports as of 2019. In the future, China will play an increasingly important role in international affairs. China’s current population is about 1.42 billion. A large population is, in fact, a double-edged sword. Before the 1978 reforms, nearly four in five Chinese people worked in agriculture. Most people’s jobs involved low productivity in the economic sense of the term. Most of theconsumer goods were suppliedin limited quantities by the state.

In this environment, the whole country’s production failed to keep up with demand. For a long time in the past, Chinese people needed to use coupons to purchase consumer goods.

The reform and opening-up, and rural land contract policy, motivated labor enthusiasm. By 1994, only one in two Chinese people worked in agriculture.

“Time is money, efficiency is life” is the famous slogan from Shenzhen, which was the first special economic zone, created in 1980. During the early reform period, every Shenzhen resident worked bythis slogan.

Until now, it’s still one of the core beliefs for Chinese businesses and workers. Millions of Chinese workers have made and are still making Chinese history. Government-guided funding is playing an important role in China’s economic and social development. For important industries, such as communications, the postal service, and the railways, China considers adopting capital investment.

Through such state industries, the government canlever prices to adjust market supply and demand. Even in China’s remote areas, basic infrastructures, such as the roads, electricity, communications, and the postal service, are guaranteed by public expenditure.

Capital investments have made the country more productive and have maintained market stability.

During different periods, the state’s financial support has been concerned with different issues. During the early stages of reform, the government focused on modern industry and agriculture; now, it focuses on high-tech and advanced manufacturing sectors.

Experience Modern China with Us

There’s a Chinese proverb: “Walking 10,000 miles across the world is better than reading 10,000 scrolls”. Almost all visitors to the country will find that the real China is different to the one in the media.

Enjoy the chance to discover China’s new changes in the front line. We’ve captured some of the most interesting scenarios for you and will show you what is currently happening in China’s technology scene.

Culture The 7 Top Uses of Chinese Porcelain - Historic and Modern