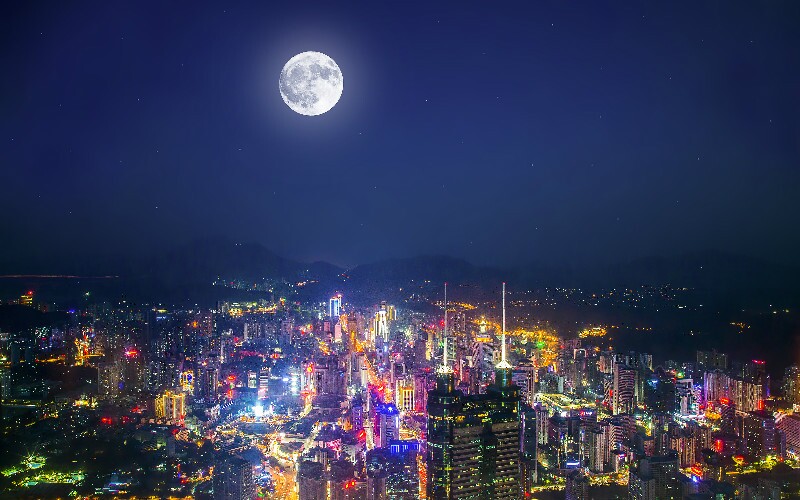 China's Quality of Life — What It's Like in China

China's economic prosperity is spreading. Riding the upsurge of economic success has improved the lives of millions. From more comfortable living standards to staggering raises in salary, life for the average Chinese citizen outclasses many Western nations, and has had a massive impact on the lives of foreign visitors to China.

The amount of things to do and see have increased ten-fold, safety standards have shot through the roof, and the overall level of comfort is rivaled by few. All to say, China's quality of life has improved, and improved for us all.

Just a mere fifteen years earlier getting from one city to another left travelers, foreign and local alike, with very few options. Underdeveloped provinces and towns lacked basic infrastructure, even paved roads in some places. And now all of that has changed.

Taking a trip from Shanghai to Beijing? For those under the pressures of the clock, the quickest and most convenient mode of travel would be the plane. New airports have sprung up in every major and mid-tier province, opening up access to regions of China left unexplored by previous foreign travels.

But if the price of planes is a bit high or if the fear of heights gets you down, taking a bullet train is a great alternative. The bullet railway is just barely longer than the plane trip and watching city and countryside views blur across in the canvas of the window frame is an experience in itself.

And the options don't stop there, why not take the wheel yourself; nowadays car rental is easy and inexpensive. The newly paved roads are welcoming and GPS systems are just as advanced as any international locale. Take to the backroads and explore the nooks and crannies of the countryside, all of which have taken a significant jump in living standards; therefore hotel quality and other amenities have also improved.

Building a brighter future for the country sometimes means a building with a view and in top tier cities like Beijing, Shanghai, Guangzhou, and Shenzhen these buildings are the norm. Four of the world's nine tallest buildings are in China. This means more 'celestial real estate' to accommodate the Chinese population. It also means for more comfortable living for influx of foreign visitors and much more to explore as well.

Hotels have the most immediate benefit from this development. Imagine lounging on the sixtieth floor overlooking the city. Though this comes with a price tag, this type of view is far cheaper than anywhere else in the world.

Visiting sites like the Shanghai World Tower or the Guangzhou TV and Sightseeing Tower can add to any Chinese adventure. Some travelers enjoy the convenience of peering out of the Zifeng tower in Nanjing, then trekking their way to these sites on foot. For better of worse (we're leaning towards better) these constructions take China's standard of living and the standard of any visit to towering new heights.

Peking duck is prepared  according to strict health and quality standards in the top restaurants.

Of all the improvements to China's standard of living, the most satisfying may be the cuisine. This is an improvement that visitors can actually taste. For decades China has struggled to keep their massive population fed but that was only one hurdle. The safety of the foods provided caused worries as well. Thankfully, visitors to China today will find that these issues are now becoming Chinese history.

With the improvement of standards of living, so come the stricter requirements on the foods that people eat. Controls on what fertilizers are used and bans on pork and beef steroids have made eating in Chinese restaurant far safer.

Best these improvements aren't just in quality but also in variety. The variety of foods available have taken a great leap forward from just Chinese to all of Asia. With China being the economic powerhouse of the Orient, chefs from Thailand, Korea, Japan and other Asian countries have descended in on China. The best Malaysian and Indonesian chefs now work out of Beijing and Hong Kong.

Along with these new improvements to standards of living, public safety has shot up.

Better laws have been put in place for issues such as violent crime, and people are now punished for not complying with more wide-reaching rules and regulations. China’s stamp down on corruptions on all levels has greatly improved the lives of the lower classes.

Improvements on cracking down on widespread corruption in China has also made it safer for tourists and business people visiting China. Generally speaking China is one of the safest countries for any tourist to visit. As long as tourists comply with the rules of the PRC, traveling to China gives you the freedom to enjoy its nightlife and rural areas with a high assurance of safety.

Better "Quality of Life" for the China Tourist...

Major improvements to living standards in China have benefited not just the local Beijinger or Shanghai resident, but have improved life greatly for visitors and expats alike. And while China has a long way to go in many ways, living in and traveling through China has never been better!

Since we at China Highlights are locals and expats living in China, are committed to corporate social responsibility, and are dedicated to showing you the best of China, we have triple the stake in making your visit of the highest quality possible. Let us improve the standard of your stay.