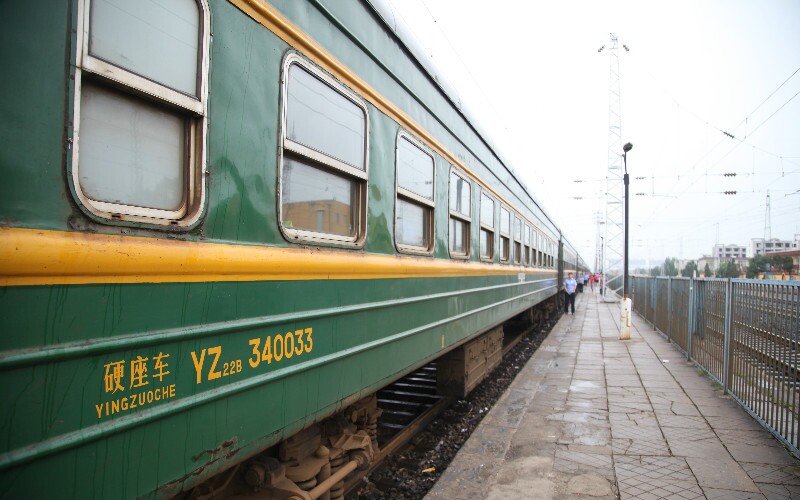 The Z5 train runs twice a week from Beijing to Hanoi. Only soft sleeper tickets are available for this train.

The Z5 departs from Beijing West Station at 15:45 every Sunday and Thursday, and arrives at Hanoi at 05:20 on the third day. It means that you need to spend two nights on the train. From Gia Lam, Hanoi, Z6 departs every Tuesday and Saturday.

Timetable of Z5 from Beijing to Vietnam

Buy Train Tickets Online or at a Station

Valid ID is required when buying a ticket AND boarding a train:

You are suggested to buy tickets 15 days before your departure.

There are only soft sleeper tickets available from Beijing to Hanoi. You are recommended to buy train tickets online with China Highlights' international train tickets service.

We provide detailed and helpful English guidance, a 24/7 service, and also a ticket delivery service. You only need to complete three steps to get your train tickets.

If you decide to buy tickets at Beijing West Station in person, you need to do it at another place near the train station, where white characters are displayed on a blue board showing "中国铁道旅行社". It's across the road from Tianyou Hotel (天佑大厦).

It is useful to know that the staff members there don't speak English so, to help, you may prefer to print the following Chinese phrase and English translation on some card and take it with you.

Getting to Beijing West Railway Station by Taxi

Taxis Are Available at 05:20 When You Arrive in Vietnam

You may be worried about the arrival time, 05:20. Is it too early to start your trip? Actually 05:20 is the time in Vietnam, which is one hour earlier than the time in Beijing, China (06:20). Also, people in Vietnam get up earlier than most Westerners do; therefore, taxis are available outside for you when you arrive at the station.

Other Ways to Get to Vietnam via Land or Water

Except for the Z5 from Beijing to Hanoi, there are also many other trains from China to Vietnam, e.g., daily regular trains departing from Nanning.

More ways to travel are given in How to Get to Vietnam via Land or Water, which also offers tailor-made trips to Vietnam.

Things to Pack in Your Bag

As you need to get off the train twice late at night, we suggest you take the following items:

On the Beijing – Nanning route it is named Z5; when it arrives in Nanning, the international carriages are shunted to T8701 to Dong Dang, the Vietnamese frontier; it is renamed as the MR2 on the Dong Dang to Gia Lam, Hanoi, route.

Train Travel Ideas to Vietnam or Other Southeast Asian Countries

If you are looking for travel ideas in Vietnam, please see our most popular tours below for inspiration:

If you want to adjust the itinerary, we can tailor-make it for you. We can help you arrange your tour according to your interests and requirements.