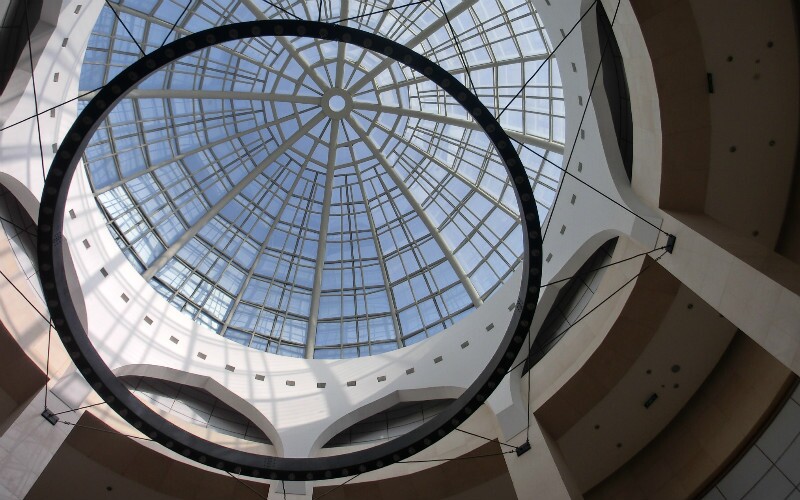 Urumqi's Xinjiang Geological and Mineral Museum is one of China's most extensive collections of geological specimens. And the prize of the museum's collection is the famous Armanty meteorite, one of the world's largest. Visitors with an interest in geology or astronomy will want to see this massive chunk of extraterrestrial iron and consider its history.

History of the Armanty Meteorite

The Armanty meteorite was discovered in the Xinjiang region in 1898, and was relocated to Urumqi in 1965. At 28 tons, it is the fourth largest meteorite ever found. Scientists classify its composition as an IIIE meteorite, meaning the iron that makes up most of the meteorite's composition is very hard and dense.

It is believed that IIIE meteorites were originally the core of a planetoid that came together after the sun was formed, but later broke up. So meteorites like Armanty represent a link to an unimaginably distant past when even the Earth had not yet come into being.

The Armanty meteorite was recently in the news again in 2011 when a possibly even larger meteorite was discovered in Xinjiang. Scientists believe the two meteorites might have arrived on Earth as part of the same shower.

How to Find the Xinjiang Geological and Mineral Museum

The meteorite is now on display outside the Xinjiang Geological and Mineral Museum on North Youhao Road in the central district of Urumqi. The museum is open Monday through Friday except public holidays, although since the meteorite is outside, you can visit it even when the museum is closed.

The museum is easily reached by taxi or by Urumqi's 1, 2, 5, or 101 bus lines. It is only two blocks south of of the Xinjiang People's Hall and the adjoining Children's Park, and about half a mile southeast of the Xinjiang Science and Technology Museum.