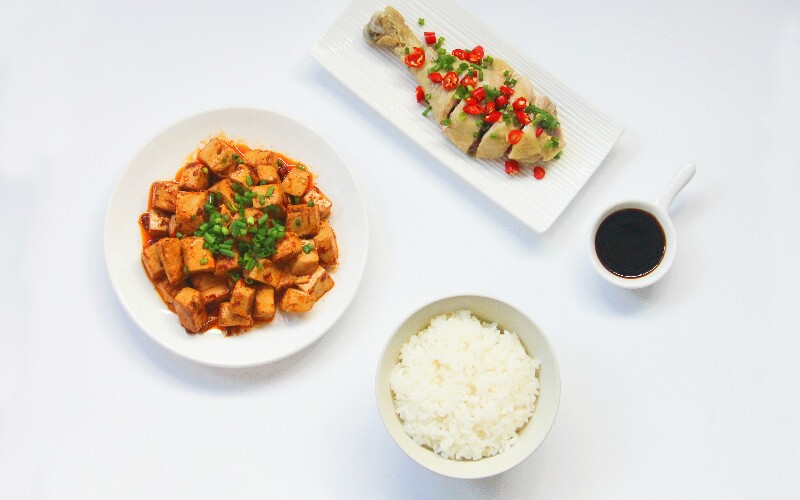 The main food in Zhangye is confined to flour food. In the Guanzhou Snacks Street, which is located in the East Minzhu Street of Zhangye, tourists can taste all kinds of local food. The Snacks Street usually opens at six in the morning and closes at three or four o'clock in the morning of the next day. On both sides stand the snack stalls, which serve various snacks at a low price. At the two ends of the Snacks Street, people have erected archaized archway, which is both of primitive simplicity and unconventional, in a hope of restoring the scenery of ancient Zhaneye.

Gray pea, which is in mushy state, is made from light-brown peas. Sugar is usually added, which makes it especially delicious. And it is very popular among the local people. It is a good choice for relieving the summer-heat. And the iced gray pea tastes wonderful in particular.

Stewed rice with various fixings is a famous local food of Zhangye, which was initiated in Kangxi Period of Qing Dynasty. It tastes delicious and not greasy, and it is also full of sustenance.

Among all the food made by meat in Zhangye, the preserved mutton is the most famous besides big chunks of stewed lamb and mutton broth. Preserved mutton is made from the sheep around the mountain side, whose meat is very delicious because they eat different kinds of plants such as Yanghuzi (a sort of grass), Yangzihu Flower and Shacong. After the winter comes, people will kill the sheep, boil the mutton, remove the bones and then cook it with Gaotai Snow Salt, fennel, ginger and other seasonings. The colore of the preserved mutton is bright red. And it tastes delicious but not greasy.