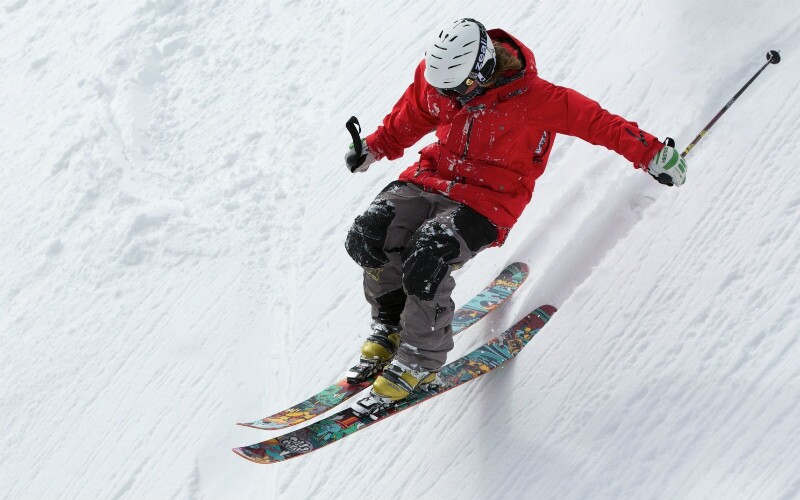 Beidahu Ski Resort is a quiet ski resort about an hour's flight from Beijing in Jilin Province. The accommodations and dining facilities are simple, but the slopes were good enough that the 2007 Winter Asian Games were held here, and there are scenic highlights nearby of Songhuahu National Park and Songhuahu Lake. The resort has two slopes with ski runs from the two peaks that head into the valley of the resort. The highest peak is 1357 meters high, or about 4450 feet. The base of the ski resort that includes the hotel is at the bottom of a valley at an elevation of about 537 meters. There are 6 trails and 6 lifts. It was opened in 1996. Because it is in the northeastern tip of China, the weather is usually cold enough for skiing. It is an out of the way and uncrowded ski resort that is fairly inexpensive to visit especially if you dine and lodge offsite, with good skiing in a scenic. See China Highlights ski tours to ski in Beidahu Ski Resort.

The Beidahu Ski Resort in Jilin Province's usually has consistent snow, and there are a good a good range of trails including an advanced trail. The runs and jump facilities are among the best of China's resorts. The Alpine skiing, biathlon, freestyle skiing, and snowboarding competitions of the 2007 Winter Asian Games were held here. The trials are also fairly long with some beautiful runs snaking through the trees. There is a 1,249 meter long advanced trail and a 1,700 meter long beginner's trail. The 4 platforms for jumping are good. The 6 ski lifts are good quality. It is a quiet and forested ski resort.

The Beidahu Ski Resort has one hotel called Beidahu Lodge with about 200 rooms. It isn't fancy and costs about 500 RMB a night. But for inexpensive lodging, you can walk a little distance outside the resort. Like many of the ski resorts in China located in rural or less populated places you can find cheap accommodations outside the main lodgings. About 500 meters from the slope, you can stay for less than 7 USD a night in a Chinese style tiny hotel, and enjoy your bed area heated with a fire underneath. This is type of bed arrangement is called a "kang." It might be a fun experience.

Dining on property is limited to a single dining room for all meals. There is a Chinese style breakfast, a Chinese style lunch buffet, and for dinner, there is buffet or you can order from the menu. There are also inexpensive Chinese restaurants just outside. They offer Dongbei cuisine. Dinner will probably cost 10 RNB and up.

For scenery there is a natural park called Beidahu Park next to the resort area, and Beidahu Lake. One of China's past presidents praised the scenery in the area. If you are interested in astrophysics or astronomy or just wish to see meteorites, there is a meteorite museum in Jilin. At 2 minutes and 36 seconds after 3 o'clock on March 18th, 1976, meteors showered down on the northwestern suburbs of Jilin City. The shower covered an area of 500 square kilometers. 138 pieces of meteorite were collected, and the total weight was 2,616 kilograms. The largest piece, Meteorite 1 weighs 1,770 kilograms. The meteorite specimens are on display in the Jilin Meteorite Museum. The largest meteorite may be the largest in the world.

The Beidahu Ski Resort is in China's most northeasterly province that borders North Korea and Russia. Beidahu is located 56 kilometers from Jilin City and about 128 kilometers from Changchun Longjia International Airport. You can take a flight from Beijing to Changchun, and then ride in a taxi for about 2 hours to get to mountain. It is less expensive to take a bus from the airport to Jilin and then take a ski resort bus from Jilin to the mountain, but there are waits and you have to change buses.

The overnight train departs Beijing at about 7 pm, and it arrives in Jilin the next morning at 6. If you like sleeping in Chinese sleeper trains this may be a cheap option. If you have not done this before, the whole experience might be a surprise. Some foreigners report that they can't sleep on the trains.