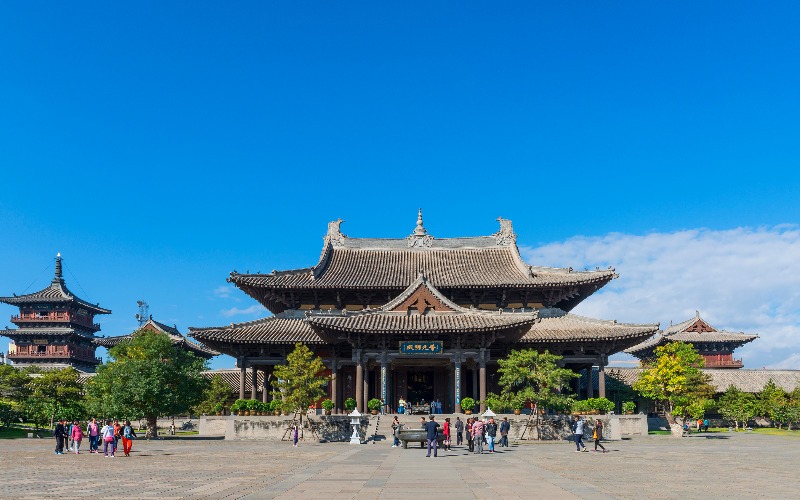 Datong Railway Station is an important transportation hub that connects Beijing, Tianjin, Hebei Province, Shanxi Province, and the Inner Mongolia Autonomous Regions. There are five major double-track electrified railways, the Beijing-Baotou Railway, the Beijing-Yuanping Railway, the Datong-Zhangjiakou Railway, the Datong-Qinhuangdao Railway, and the Beitongpu Railway. The station also has more than 40 other branch lines and access rail lines. Bullet train lines are under construction or planned between Datong and Xian and Beijing. The station is on the International Railway line to Moscow. This web-like network of railways connect the northern and northwestern parts of China.

Some of these trains depart early in the morning; therefore, you should be careful not to miss them.

From Datong Station to Pingyao Station…

From Datong Railway Station to Beijing

Datong Station is linked to Beijing Station, Beijing West Station, and Beijing North Station by K-, T-, and slow trains. The train journey between the two cities takes between 6 and 7 hours. The ticket fare is approximately 45 RMB to 53 RMB for a hard seat, 99 RMB to 107 RMB for a hard sleeper, and 138 RMB to 158 RMB for a soft sleeper.

From Datong Station to Beijing…

From Datong Railway Station to…