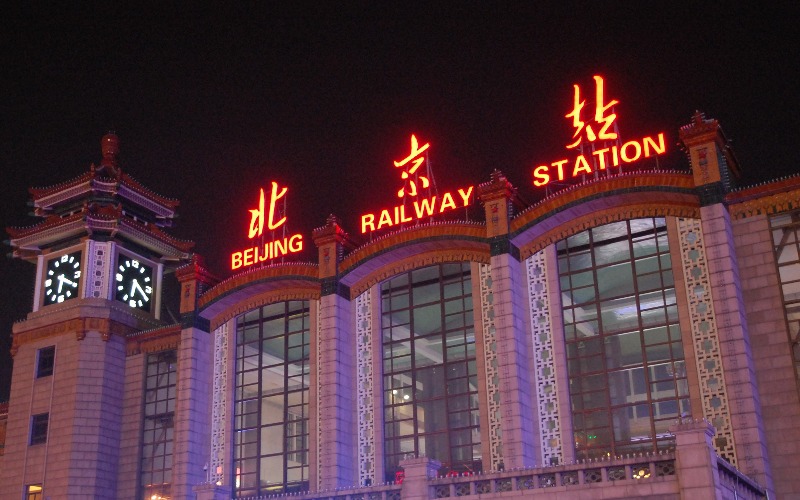 Beijing Train Station is Beijing's oldest (opened in 1959) and most centrally located train station. It is Beijing's main regular train station for regular lines going all over the country and internationally, International trains from Beijing to Moscow, Ulaanbaatar and Vietnam also depart from this station.

The low-price sleeper cars are popular with sightseers going to tourist cities such as Shanghai and Harbin:

These trains go to Mongolia, to Russia, and to North Korea:

Ask the service desk staff in the middle of the second floor if you need help getting your luggage on board or for other help. The official porters wear a red cap (10 RMB for a small bag and 20 for a large bag).

For more general guidance on station use...

See How to Get On/Off a Train and 7 Things to Know Before Riding a Train .

Click to see a larger map of Beijing Station's location in the city.

Because there are five train stations in Beijing, travelers sometimes go to the wrong station, so be clear about your station when making your way there.

Waiting areas: It is best to use the taxis at the taxi waiting areas for safety and security, since guards are watching. There are two waiting areas. The bigger one is in the northeast corner of the plaza with the greater number of taxis, and a smaller one is across the street.

Beijing Capital International Airport (北京首都机场) can be reached by metro in less than an hour:

The Forbidden City is only 4 kilometers (2½ miles) away, Tian'anmen Square only about half that:

For the Badaling Great Wall:

When you buy a ticket, check the station name carefully. You could book tickets in the station and at other train stations or at many ticket windows in the city, or online... See How to Buy Tickets in China>>

We can assist you with booking tickets.